Actor Kareena Kapoor Khan has made her Instagram debut.

The cat's out of the bag. #HelloInstagram

After largely staying away from social media, Kareena had announced her Instagram debut in an interview to Mid-Day.

“I have always believed in ‘Never say never’. The world of Instagram was daunting for me because I didn’t want to get addicted to ‘likes’ on pictures or sharing details of my life. But I realised I have to move with the times.”

The actor added, “I am joining social media for my fans, who have supported me for 20 years. I want [to share details] of my life with my fans.”

Instead of creating a new account, Kareena has taken over an existing account handled by her management team. Her follower count has jumped from around 70000 to close to half-a-million. Her profile picture shows a very young Kareena, posing with her fingers in her mouth.

Several of her fans reacted to the post with heart emojis. “We love you,” wrote one person in the comments section. “Welcome queen of Bollywood,” wrote another.

Earlier, the actor had admitted to being on the photo-sharing platform secretly, just to stalk people. Kareena was last seen in the comedy hit Good Newwz, opposite Akshay Kumar, Kiara Advani and Diljit Dosanjh. She is currently filming Laal Singh Chaddha with Aamir Khan. 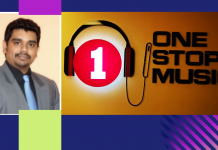