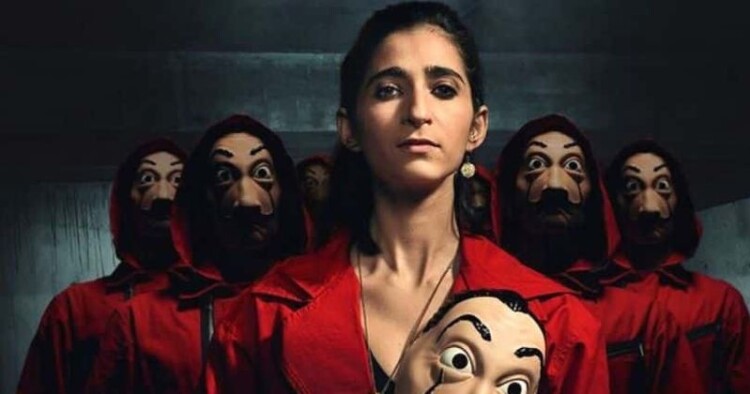 Fans of the hit Spanish TV show Money Heist have unearthed a video of actor Alba Flores, who plays Nairobi in the crime drama series, speaking Telugu in one of her earlier roles.

A video of Alba Flores, 33, essaying the character of a woman from Andhra Pradesh and speaking in Telugu for her role in the 2013 movie Vicente Ferrer is now going viral online, delighting her fans.

The video shows Flores in a saree as she plays the role of Shamira, a woman from Anthapuram in Andhra Pradesh. Needless to say, Flores sticks out like a sore thumb in the scene, being a white woman surrounded by actual Telugu women.

#MoneyHeist bloods, check this gem! Our very own Nairobi aka Alba Flores speaking Telugu (acting as a Spanish-Telugu translator) in her portrayal of Shamira in the TV movie 'Vincente Ferrer', shot in India. Nairobi in saree vera! Even her Telugu sounds like Spanish. Too cute! :D pic.twitter.com/CHJjfeQQGm

Flores is an immensely talented actress. But we hope the South Indian film producers don’t go running after her to be the heroine in their next film. The last thing we need is another white woman pretending to be a Tamil villager!