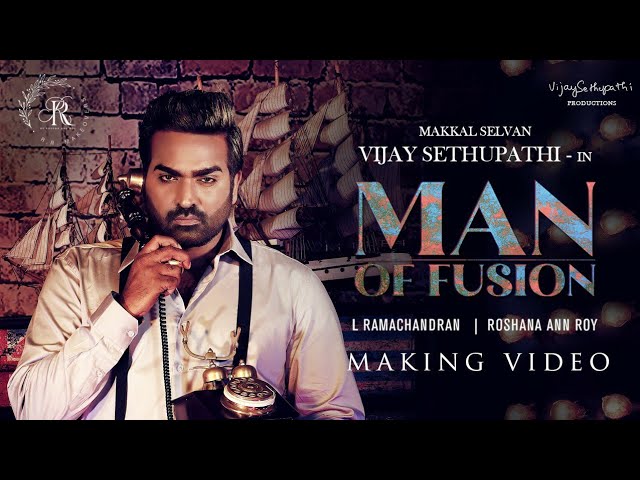 Our favorite Makkal Selvan has re-captured the attention of his fans after a slew of film ventures. For a concept shoot, Vijay Sethupathi collaborated with L. Ramchandran, an internationally known photographer, and Roshna Ann Roy, a makeup artist and costume designer from Kerala.

The actor, who collaborated with photographer L. Ramchandran on the concept shoot “Human” last year, has wowed us now with his latest concept shoot, “Man Of Fusion.”

According to ETimes, Roshna Ann Roy had been requesting a chance to collaborate with Vijay Sethupathi. At the behest of his fans, Vijay Sethupathi, who is known for being kind and treating his fans equally, decided to do this project.

So, what is the significance of the title “Man of Fusion”? In this shoot, he pulls off three distinct looks with  three different outfits and three different sets. In the first shot, he is wearing a beret and a vintage suit. With a few top buttons of his shirt left undone, it’s a completely laid-back style.

The next step is to adopt a suave appearance. Suspenders and a leather bag help to complete the look. In the third, he is seen wearing a suit and sporting a formal look. And his grey hair has been cut and highlighted to appear wet. As we know, he has the power to pull off a variety of looks.

And don’t be shocked as the photographer revealed that Vijay Sethupathi pulled off all three looks in under two hours. The making-of video for “Man of Fusion” is now available on YouTube. Don’t hesitate to watch it if you want to get the gist of his looks in “Man of Fusion”.

Well, It is indeed true that our Makkal Selvan is not just a fine actor but a sleek poser too.