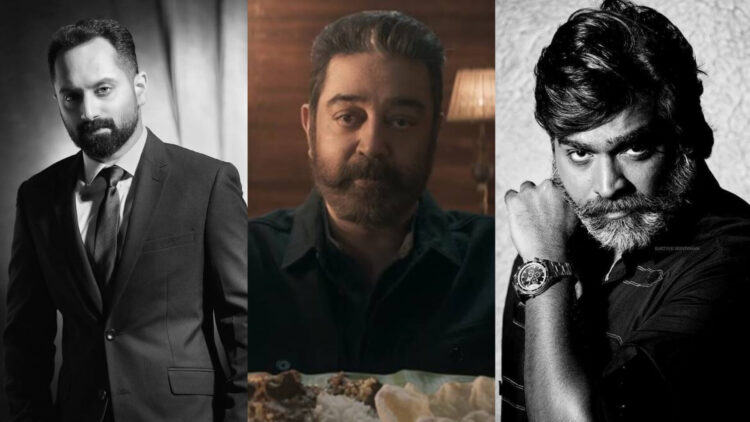 Kamal Haasan is gearing up to begin filming for ‘Vikram’ as soon as he wraps up his political work. According to findings, ‘Vikram’ is not a sequel to the 1986 film.

Having said that, according to a new update on the characters in the upcoming film, Vijay Sethupathi will appear in ‘Vikram.’ He is expected to play the role of an ‘antagonist,’ according to reports. Hence, the actor will begin filming as soon as possible.

Fahadh Faasil will also play a key role in the action thriller, according to reports from early April. We all know what a consummate actor he is. Fahadh is well-known for his expressive eyes in all of his films, and his most recent Netflix release, Irul, has received a lot of praise.

I believe Vikram’s teaser is one of the best teasers that has been released. With all of the preparations underway for ‘Vikram,’ most fans are eager to see the trailer and the film.

Who knows who else you’ll see in Kamal‘s action thriller. Any guesses?

Please share your thoughts in the comments section below.