Sadhguru’s Save Soil Movement Echoes in Austria, Slovenia and Italy 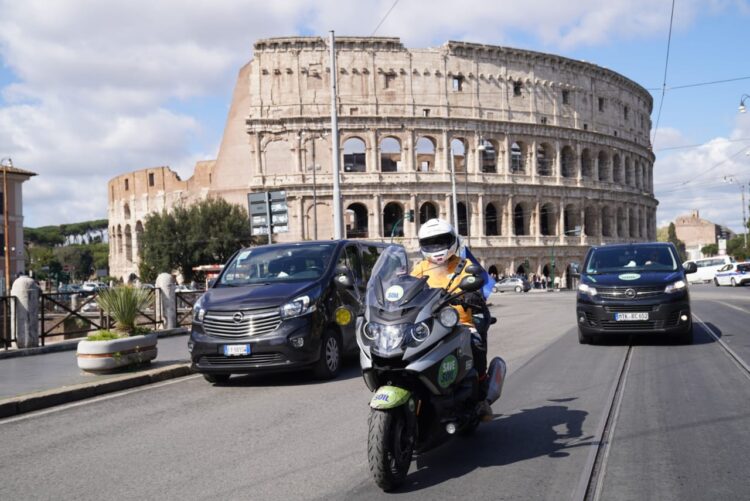 Sadhguru who is currently in an effort on a Save Soil Movement 100 km bike journey rode into the European continent across Austria, Slovenia and Italy. 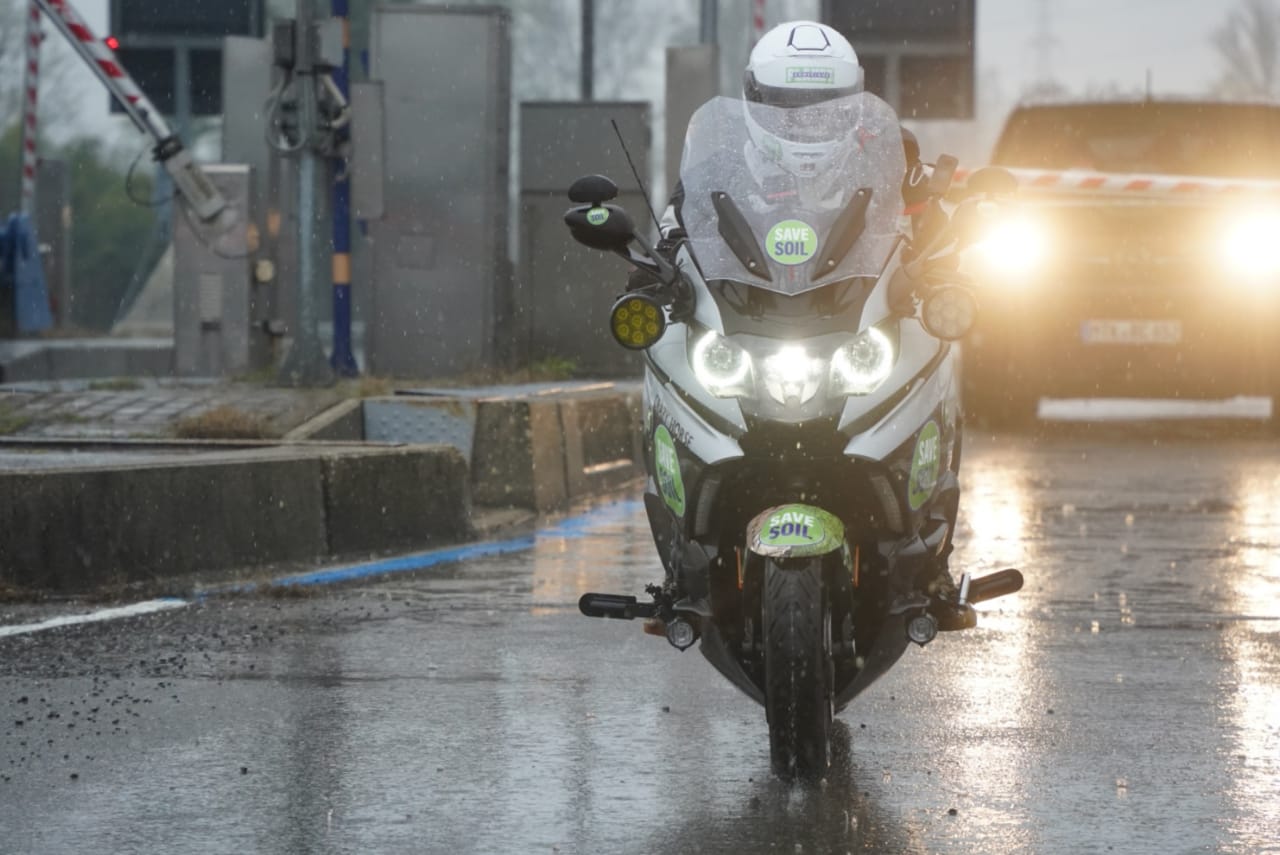 Streets of Vienna reverberates with Save Soil

In the capital city of Austria, Sadhguru’s public engagements had included visits to Museums Quartier and the Indian Embassy in Vienna. In the museum, Sadhguru sheds light on the design of the Save Soil movement shirt, joking that though ‘Save Our Soil’ was written by him, it looks like a child’s writing as he never attended classes at school!

Addressing the crowd at the embassy, Sadhguru explained the inevitable connection between food insecurity and violence. He also recounted the success of Rally For Rivers which recently prompted the Government of India to undertake the rejuvenation of 13 rivers based on suggestions in the Draft Policy Recommendation (DPR). Urging the audience to become Earth Buddies, Sadhguru asked them to spend just 10-15 minutes a day amplifying the message to Save Soil.

On his visit to the Embassy of India in Slovenia, Sadhguru spoke about the deafening impact of soil extinction, including abject poverty and migration, and wondered what it will take to awaken our humanity. During a press conference, Sadhguru described the wonder of soil in its ability to accept anything that is planted into it and how such acceptance must enter people’s minds.

In a conversation with Actor Goran Visnjic, he emphasised the importance of expressing to governments on their commitment to #SaveSoil in order to propel them into action. He also spoke about the value of marrying ecology and economy, explaining that only when both sides win will such a situation thrive. Namrata S Kumar, the Ambassador of India to Slovenia, expressed her heartfelt gratitude to Sadhguru calling him India’s ambassador to the entire world. 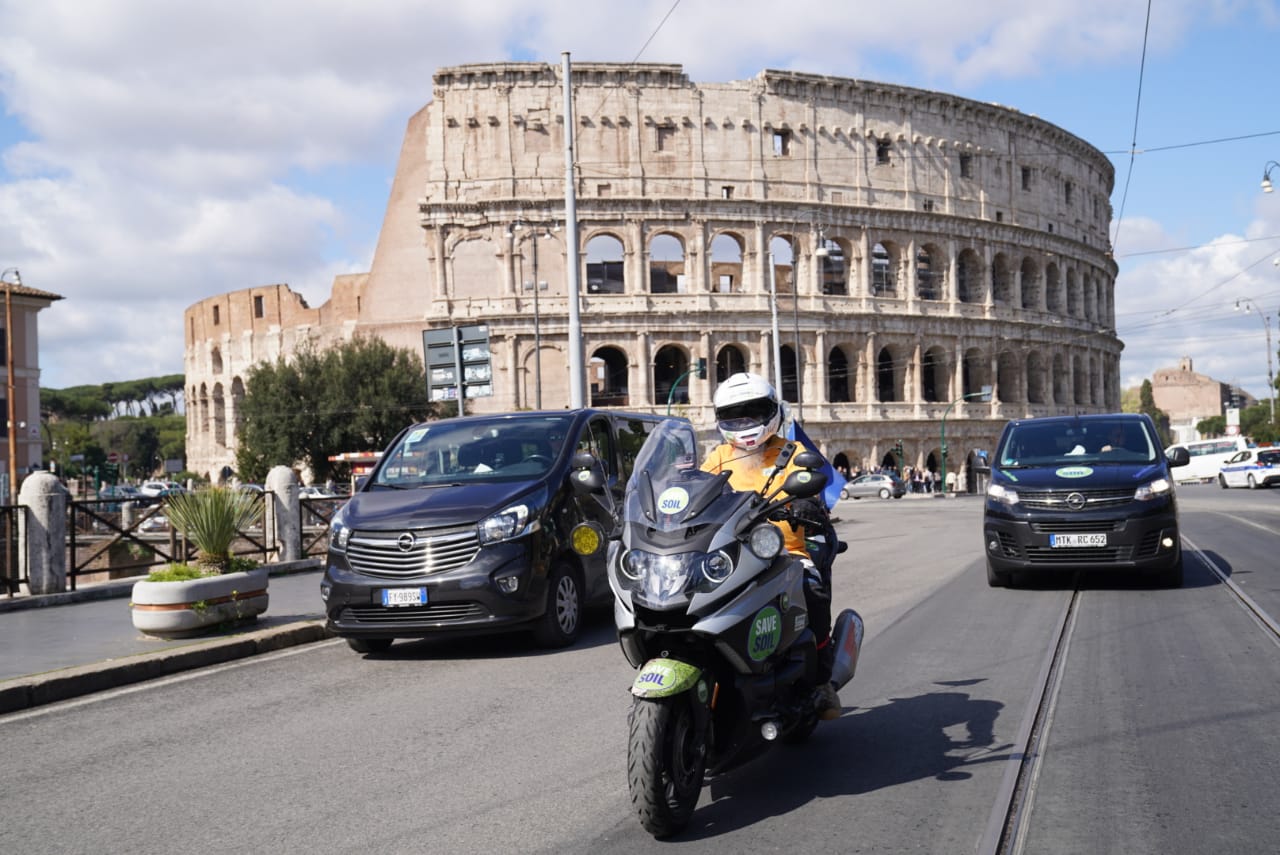 A soulful concert to weave Italy into the movement

In the historical city of Rome, the movement took an artistic turn when five celebrated Italian artists came together for a concert on Save Soil. Following the captivating performances, Manoj Juneja, Assistant Executive Director and CFO of the United Nations World Food Programme, commended Sadhguru’s inclusive approach and extended his full support to the #SaveSoil movement. Resonating with the flavor of the night, Sadhguru read a poem called ‘Roma.’

Addressing the fundamentals, Sadhguru explained that in search of human happiness and wellbeing- rather than turning inward- we have turned the entire planet upside down. Earlier, Sadhguru arrived in Venice and highlighted the importance of protecting the world’s soil in a panel discussion with experts at Università Ca’ Foscari. He pointed out the disgrace of calling ourselves environmentalists or ecologists, stating that we ourselves are the ecology. The week brought out the arduous aspects of the 30,000 km journey as Sadhguru waded through the rain to reach Italy. The love and warmth received for the movement were also unmissable. Instances of kids approaching Sadhguru to hand him an Austrian cowbell, flowers, and cheering for him in the crowd revealed their concern for the future.

Public events witnessed a high turnout while the roads were full of people cheering for the movement. The collective support of the people behind the movement and Sadhguru’s untiring motorbike journey is propelling the message of Save Soil into the hearts of policymakers, celebrities, and the people.