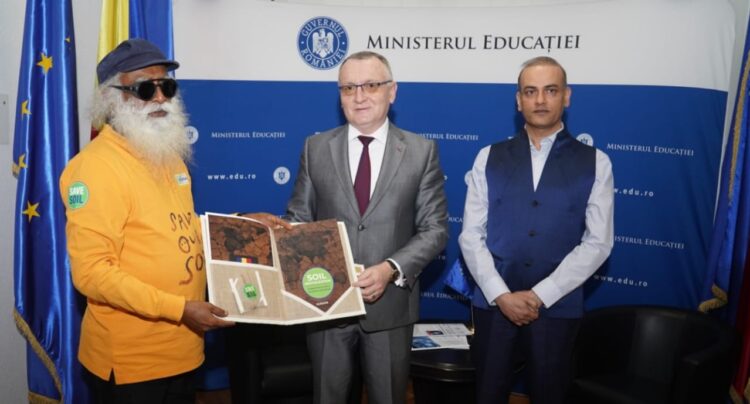 Sadhguru is currently on a 100-day Save Soil movement journey covering 30,000 km across 27 nations to call on policymakers and the public to make soil regeneration a priority.

Into his fifth week of the Save Soil journey, Sadhguru coasted along Hungary, Serbia, Bulgaria and Romania to reach Turkey. In line with the aim to drive national policy changes in increasing organic content, the Save Soil Movement signed a Memorandum of Understanding with the Ministry of Agriculture of Serbia and Romania. 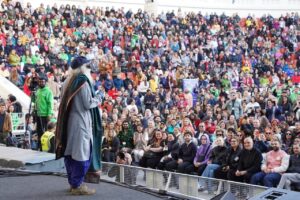 Speaking at Heroes’ Square in Budapest, Sadhguru enshrined a new standard of becoming a hero. He envisioned, “The old heroes always won the war and became heroes, the new ones have to prevent wars and become heroes. The old heroes always thought of moving a mountain, the new heroes should avoid moving a mountain and become heroes. The new heroes are those people who will nurture the soil which always lies beneath our feet but never stands up. But it stands up in the form of a tree, in the form of you and me, in the form of every other life. This is a new standard of being a hero-that life stands up and not monuments.” 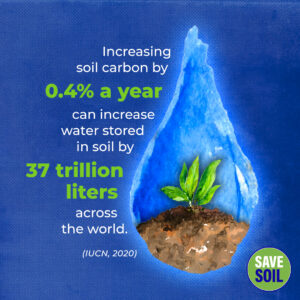 Conveying his best wishes on Earth Day, Sadhguru said, “Ensure that the world speaks about soil because the soil is the basis of pure water, (clean air and) the basis of the very life that we are.” Speaking about the potent power of rich soil which is not only responsible for fertile earth but also water security and clean air, Sadhguru urged citizens around the world to “take this commitment on Earth Day” to “be a source of inspiration (and) a source of galvanizing this Movement. Ensure that the world speaks about soil.”

The Clock is Ticking 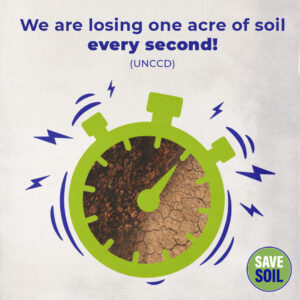 In Bulgaria, Sadhguru called on Mr Borislav Sandov, Minister of Environment to discuss the Save Soil movement. The minister expressed his commitment to the Save Soil movement and the common responsibility we have toward the soil.
In a public event, Sadhguru cautioned the people on soil degradation and said “27 thousand species are going extinct per year. At this rate, in another 35-40 years’ time, we will reach a point where it will be extremely difficult to turn the soil around or probably become impossible. If we have any love and concern for our own lives and our children’s lives and every other life that lives on this planet, it is time to act. It’s not time to debate. Debating time is over. Time to act.”

The Power of Democracy

Democratic nations implement the mandate of the people. Reflecting on this in Romania, Sadhguru said, “Right now, as a citizen of a democratic nation, the most important thing is that you have a voice. You have to use the voice- not in protest, not in anger, not in agitation, not against somebody, but out of your love and responsibility for your own life and every other life around you and above all for the next generation of people.” Sadhguru ended his week in the historical city of Istanbul, the capital of Turkey.

Sadhguru will now move to Georgia and Azerbaijan before entering Middle East countries. The European leg of his journey saw Sadhguru meeting scientists, elected representatives, influencers, the general public, and addressing premier institutions and many public events. Social media trends waking up policymakers and all others alike, the interest of global media towards the movement, and a series of MOU signed with countries are now a testament to the success of the movement. The coming few weeks will also see Sadhguru address UNCCD’s 15th session of the Conference of Parties (COP15) in Ivory Coast and World Economic Forum (WEF) in Davos in creating a global pitch to Save Soil.