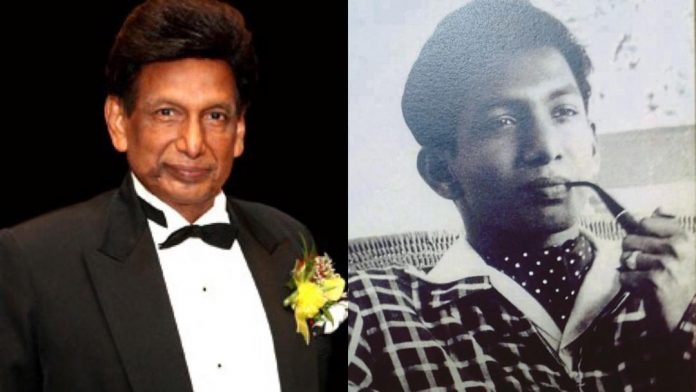 Former Chief psychiatrist of the government and founder of the Malaysian Psychiatric Association, Tan Sri Azlanii Dr. M. Mahadevan is the country’s most valued psychiatrist.

Dr. Mahadevan became well known when he treated a patient who had a horrific roadside accident using hypnosis in Dublin, Ireland in 1966. With an exceptional fortitude and skill, he stabilised the victim and saved a life.

This method is now being taught to all students at the London College of Clinical Hypnosis Asia (LCCH-Malaysia), where Dr. Mahadevan serves as an advisor.

But his journey starts back in the 1900s, during the British colonisation in Malaya. His father, Mahalingam, who descended from Sri Lanka, had settled in Malaya with his wife. Dr. Mahadevan is the sixth child born on 9th September, 1929.

He used to be very fond of animals particularly horses, when he was as young as four.

As he grew older, he was given a placement at a Malacca Medical School during the Japanese colonial rule. He hoped to finish school in two years and to continue his studies in Japan.

Eventually, it ended halfway through. However, He was considered a rather bright and clever student in school.

That led him to earn a scholarship to further his studies in Australia, but that wasn’t the case either. Later he went to Pune, India, with the aid of a friend, to study at Wadia Medical College and wished to complete his studies at B.J Medical College in Maharashtra.

However, because he wasn’t a Maharashtrian, he didn’t manage to get a placement there at first but later with some support he managed to secure a seat there.

Similarly, he faced a lot of disappointment and challenges that almost made him give up his medical studies.

Fortunately, he completed his studies in 1961, and it was around that time when he got interested in becoming a psychiatrist.

He had a desire to change several approaches and aspects such as ‘shock treatment’ used in treating people with mental illness.

After completing his higher education in India, he went to Ireland to study psychiatry while working, and on 17th June 1966, the young psychiatrist was able to save a man’s life in a roadside crash. It became the lead news in Ireland at the time and the rest of it is history.

Dr. Mahadevan is now 91-years-old, and his incredible contributions to the psychiatry and hypnosis world are genuinely unique.

While penning this article a Bible verse came to mind, “Seek and you shall find, knock and the door shall be opened”, I can’t help but stand in awe of a remarkable man who brought forth a revolution in the mental health field as he sought with all his heart, and mind to find and bring forth significant medical revolutionary changes, approaches and methods in the psychiatry field.