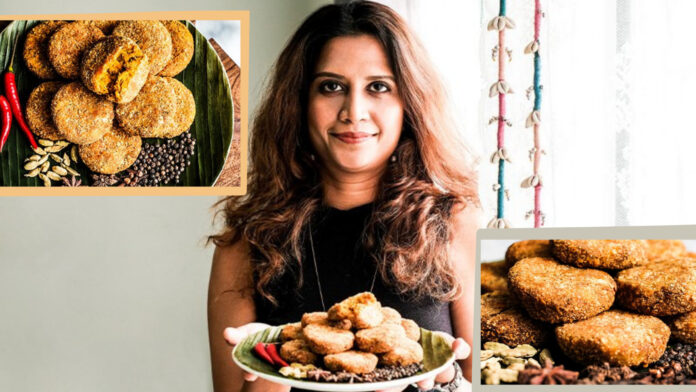 Bracing through the pandemic effect that came upon all of us, we were sure to come across many of whom surfed through the wave and ventured into their own business as a source of self-sustainment.

Vasukee Rajalingam is one such person, an awe-spring woman that took charge of her hardship by starting her very own cutlet business that reached an unexpected triumph among our multiracial localities.

Being a flight attendant that used to ascend high in the skies, she never expected Malaysia to fall on the list as one of the severely impacted countries with COVID-19.

My January and February flying schedules were as per usual – 10 to 15 flights a month but then in April, I began to see drastic changes. It was down to four flights a month and then to three and then, absolutely nothing after May. Even the ones in April and May were rescue flights that involved bringing back Malaysians stuck overseas.

She worked on a fix to yield some income after the shock receded and was quick on her feet to collect some ideas, deciding to do something wholly distinct to source for it.

Igniting the deep passion that she held for cooking, whilst exploring her fond memories of her mother in the kitchen and of her husband that devoured her cutlets with love, it tickled her with inspiration to start cooking.

Vasukee then, avidly began rolling her hands into making fresh homemade cutlets as a venture under the name Sukee’s Kitchen.

Food is one venture that no one can ever go wrong about. As long as there’s hunger, food shall always be essential!

Varying from a vast selection of choices, from spicy to non-spicy, like tuna, mutton and vegetable cutlets, her home-based business has become a flavour of favour, attracting many regular customers in a zippy!

She started working on the cutlets in July and was prepared to sell them in August. Customers were vying for her cutlets in no time.

Vasukee promptly noticed that her cutlets were a success not only at high teas and birthday parties, as well as a Chinese New Year, of all festivities!

This was solely due to freshly made gripping flavours and her south Indian recipes that did the kick in each bite of the cutlet. The cutlets are entirely made from scratch from the breadcrumbs to the meat!

Each box comes with a dozen frozen cutlets and they can be kept up to a month in a freezer. I can guarantee that each cutlet is prepared fresh so if you’re placing an order on Friday, rest assured I’ll be in the kitchen on Thursday with my hands deep in meat, eggs and breadcrumbs.

In spite of being a solo runner in her venture, it can sometimes become overwhelming when she gets rained with orders, spiking up to at least 80 or 100 cutlets. Nevertheless, positive favourable reviews always give her a ride of enthusiasm to keep going, as its a success!

Keeping in mind her full-time job as a flight attendant, most of her customers are very much aware of the commitments she is tied to.

As she delves through other new ingredients to commemorate into her cutlets, diversifying the choices of meat and flavours, Vasukee’s next attempt is to birth out a treat for all seafood swains with a choice of crab and prawn.

On the other hand, vegetarians, fret not! She is also expanding the isle on the vegetarian column by attempting to launch of Palek panner for vegans and cheese for vegetarians!

Those that will like to get their hands on these delectable flavorsome cutlets, place your orders HERE!