Jackie Chan once said that “Sometimes it takes only one act of kindness and caring to change a person’s life”.

True, you must think a thousand times before doing a grave sin, but there is no need to think twice about being kind.

Uncle Kanda is an elderly man who is homeless and jobless in Melaka. In Bukit Mertajam, he sleeps in a public market.

Hanis, a young lawyer, has taken notice of his life of living on the streets. She quickly informed this matter to YB Steven Sim Chee Keong, the Member of Parliament for Bukit Mertajam.

Knowing this, he made the decision to help the homeless man.

Uncle Kanda was sleeping on an old mattress placed on a filthy floor by the footstool of the Pasar Awam when he arrived at 2am.

Steven rushed him to a nearby hotel in order for Uncle Kanda to get a good night’s sleep.

Uncle said he hadn’t slept on a bed in six months.

I told uncle Kanda that he doesn’t have to sleep on the road anymore from today. Sleep as much as you can, because tomorrow we begin a new life.

The following morning, Uncle Kanda was invited to breakfast by Steven, and the two later went to AEON Alma to get uncle Kanda some new clothes because his had become shabby.

He was then given a brand new haircut and a medical check-up to get a quick look at his health.

When doctors said his blood pressure and sugar levels were normal, my heart felt happy and relieved. There are only a few minor skin issues; nothing major.

The doctor gave him a jab and some medication to help him recover quickly. After that, they both went to a workshop where uncle Kanda’s motorcycle was sent to repair a year ago.

Uncle Kanda had previously been in an accident and had to send his motorcycle for repair works. However, he was unable to take back the motorcycle.

The motorcycle had been fixed for almost a year, but he couldn’t afford to pay the RM570 repair costs.

Due to the accident, he lost his security guard job, but he asserts that if he has a motorcycle, he can find work.

His motorcycle, on the other hand, required several more repairs, costing him another RM600. Fortunately, uncle Kanda was able to get his motorcycle back after Steven paid a total of RM1100 for the repair cost.

I’ve also gotten him a job as a security guard with a monthly salary of at least RM1,200. But I told the employer that uncle must take a week or two off.

Uncle Kanda was also given a new place to live for the time being, where his monthly rent is paid, and Steven informed him that he would soon apply for a new government house.

Now he can embark on a new journey with the support and encouragement that Steven has given him. It’s heartwarming to see that humanity and kindness still exist, regardless of one’s race nor religion. 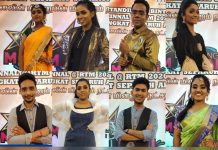 Bintang Minnal @ RTM 2020: Top 8 Contestants To Battle It Out In The Grand Finale! 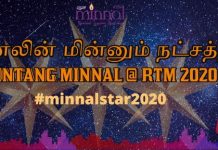