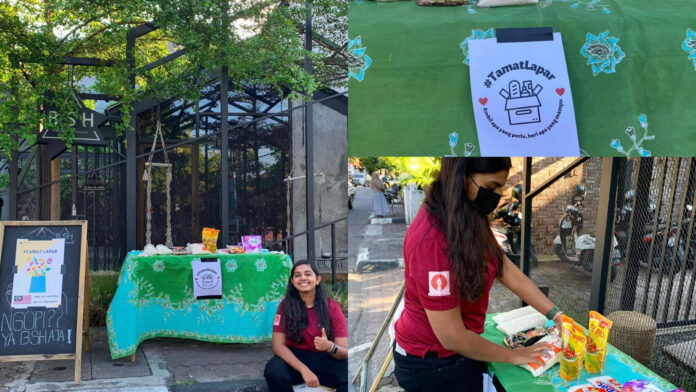 The foodbank is called #TamatLapar for the month of fasting.

Basic groceries such as sugar, rice, and sanitary pads are available for free. Groceries are also welcome if people are willing to contribute by chipping in.

Our main objective is to reduce hunger especially during the holy month of Ramadan, as we noticed many of the grab riders are suffering throughout the pandemic in Bali and we medical students thought this would be one the best ways to help them !

The goal is to persuade others to do a little more for the community in which they live, no matter where they are in the world.

Originally, this food bank was only planned to be available for seven days. However, after seeing the outpouring of support for the selfless youngsters’ noble work, they’ve decided to continue it for another round.

She stated that the plans for the next food bank will be announced once she is up and ready, as she is a medical student who will be beginning her work.

Being a foreign student in Indonesia, we felt like this is just a way of giving back to the community and maybe encourage others to do the same back in Malaysia or anywhere around the world too !

On that note, people in the area are urged to team up and contribute to society. It would be greatly appreciated if you could make a small charitable contribution. More than that, you can also start up your very own food bank near your home because no one has become poor by giving.