His Merdeka and Hari Malaysia themed putumayam caught the eyes of the judges. 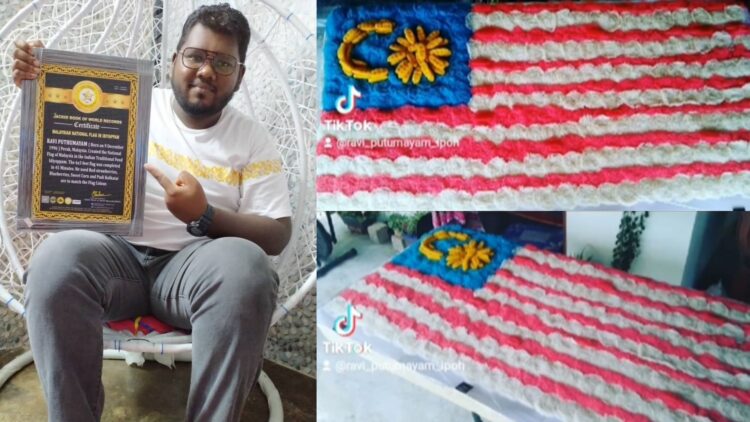 The world always prefers extraordinary to ordinary. Ravi Putumayam Ipoh, who is well-known for his putu mayam varieties with a range of different flavours and colours, has recently demonstrated his versatility in a new way.

One of Ravi Putumayam Ipoh’s works has been chosen for inclusion in the Jackhi Book of World Records, which documents the unique talent of individuals or groups from various locations. Navin posted a picture in the month of August, in-line with Merdeka, where he made our national flag, Jalur Gemilang using all-time Malaysian favourite, Idiyappam.

On behalf of Ravi Putumayam Ipoh, this effort was made to commemorate our Independence Day and Malaysia Day.

The 6×3 feet flag was made in 45 minutes with red strawberries, blueberries, sweet corn, and pudi kolkata to match the red, blue, and yellow of our national flag.

Navin’s efforts to grow his business through unique creativity demonstrates that he strives for something exceptional in order to stand out from the crowd. An extraordinary person, as the saying goes, is someone who does things that ordinary people can’t or won’t do. 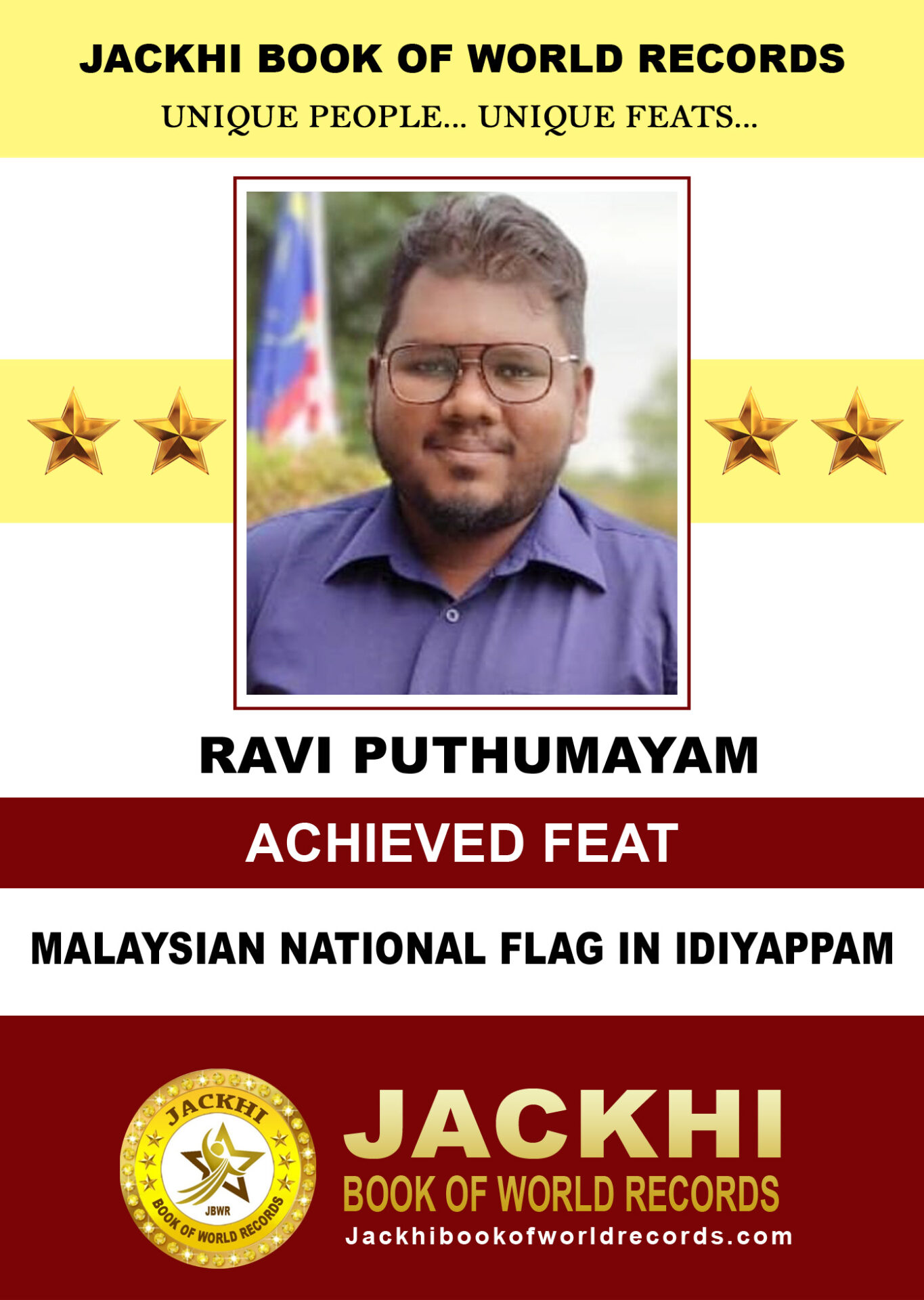 Major kudos to Navin and father Ravi for their constant quest to increase their business in a unique way. We hope to see more of your accomplishments in the future, and we wish Ravi Putumayam Ipoh continued success.