Faced with discrimination by male footballers, young lass kicks on heading for a goal! 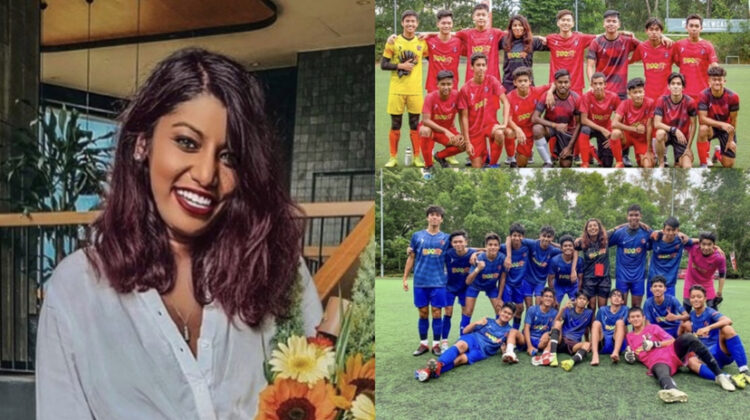 A woman as a football coach? WHY NOT? I dare you! It may sound like a biggie and is often seen as a rather rare sporting occasion because when the football scene appears, it has been for decades perceived as a male dominating industry due to what people are frequently exposed to.

When it comes to a national football competition, we have had all women teams rise in recent years. As far as the world goes by, it is certainly witnessing a great deal of women footballers that have even competed in major sporting events in these last two decades. Guess what y’all? Malaysia will be no exception to this and would be expected to present women footballers very soon. Time and tide will tell.

We’re in the midst of removing stereotypes!

Keshika Subbarao, a women’s football coach who is ascertained to inspire young girls to reach their full potential, is breaking down barriers in this male-dominated field. Her journey with football began when she first fell in love with the sport at a tender age of five.

“I watched my first Manchester United game and was immediately taken by the sport.”

She claims that, while she played basketball and volleyball in school, playing football, which she preferred, was never an option for girls at her school. As a result, in order to thrive in this field, she became involved with the media aspect of football when she was only 14 years old, as it allowed her to participate in the sport in some capacity.

Indeed, after finishing her law degree and unable to play football then, she instead stared writing for various international football media outlets before transitioning into coaching football, which is now a full-time adventure.

Now, at 27, Keshika has not only been coaching football for nearly a decade, but she is also the sports ambassador for the Women’s Aid Organisation (WAO), a position she accepted in February of last year. WAO is a Malaysian NGO that provides free shelter, counselling, and crisis support to abused women and children.

She has also coached football teams in Malaysia, the United Kingdom, and the United Arab Emirates.

As previously stated, this is a male-dominated industry, so it is unsurprising that if a female manages to break into it, she will face some difficulties.

“I noticed that the male teams were given better infrastructure, like training pitches and locker rooms, and they also had access to physiotherapists and enjoyed better exposure as compared to the female team.”

Keshika also believes that the female teams were viewed as less valuable by the football club.

Being in a male-dominated sport has been difficult, and at times frustrating, she says. As a female coach, she has personally experienced discrimination in the workplace and on social media.

However, this does not prevent her from serving as a role model for young girls who want to pursue their passion for sports.

As a WAO ambassador, she ensures that issues concerning the rights of young girls are highlighted and that she continues to empower them while also providing a pathway for those who wish to pursue sports.

Keshika advises young girls who want to pursue a career in sports to believe in themselves and to pursue their dreams with courage.

As parents, I believe it is one’s responsibility to show their children that they are free to pursue any field they intend to, regardless of their gender. That kind of thought should be implanted in their minds at a young age, so that we can witness the incredible evolution of the non-stereotyping generation.