SJK (T) Ladang Sungai Timah; A White Elephant That Could Be Utilised For A Good Cause

Since its inception in 1937, the school has only educated 16 students, now it lies vacant. 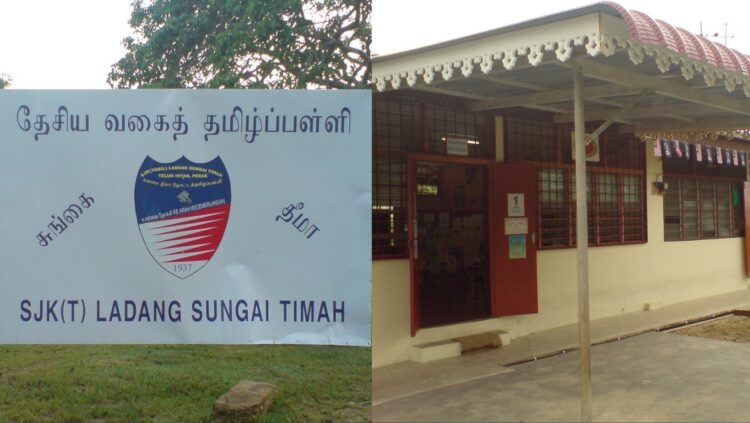 A Tamil school lies like a white elephant in Teluk Intan. Its a sad sight as the school that was built with hopes of engaging students from nearby plantations had only been an educational institution to 16 students since it was officially opened to the public in 1947.

The local Indian community and Tamil teachers from Teluk Intan, Perak are concerned about SJK (T) Ladang Sungai Timah, which has no students and teachers.

Thangaraj Krishna, the school’s former board chairman, attempted to transfer it to a better location, but this failed when he passed away.

The people of Teluk Intan are now hoping that their leaders would make a serious and ongoing effort to save the school before its licence is cancelled.

Initially, when a boat service was used to transport students, teachers, parents and staff had to cross a river to attend school. However, the boat services was discontinued a few years ago, hence, the school’s destiny appeared to be set. They were required to take a much longer way to get to school which was a huge inconvenience to them.

Imagining travelling all way to a school which is indeed very remote, most Tamil school students would rather attend a Sekolah Kebangsaan which is the vicinity of their housing areas, saving them the time and energy to commute daily.

In 2019, this school only had seven students, and three of them advanced to secondary school the previous year. The other three students have transferred to other schools because of transportation difficulties and the remaining student had to depart because his parent was reassigned elsewhere.

In September, 2020 the teachers from SJK (T) Ladang Sungai Timah had received their transfer letters and a month following that, the headmaster was transferred too.

In 1937, a local priest is thought to have founded the school with 16 students who he taught in a hut. The school was originally formed in 1947, but a new facility completed in 1973 proved unable to halt the student decrease.

However, the school’s maintenance is currently managed by the guard and cleaners.

We hope that the education ministry and MIC would look into this matter of urgent concern. Perhaps, if it can’t be utilised as a Tamil school, the building itself can be transformed into a training and skills centre.