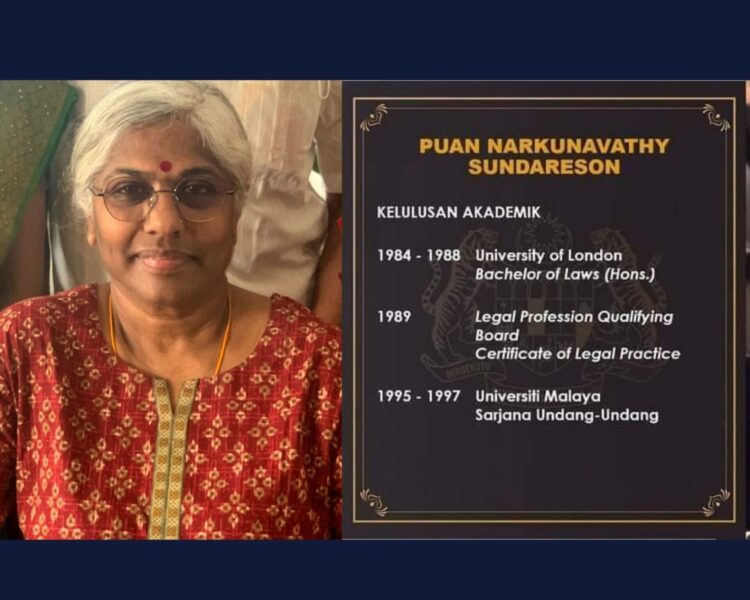 Indians are continually doing well in the country and YA Narkunavathy Sundareson is no exception to this. She will take her oath as Judicial Commissioner (JC) on 7th February 2022, effective today.

“People who make a large positive impact in the world, who have real “courage” to inspire others to do things differently and challenge themselves”.

Prior to her appointment, the senior federal counsel from various capacities who had served in the Attorney General’s Chambers (AGC) and Judicial Service received the appointment letter from Chief Justice Tengku Maimun Tuan Mat on 4th February (Friday). With her in-depth grasp of the law, she has represented the government in many high profile cases while holding the position of Deputy Head of Civil Division II, AGC.

Being an MBA holder with a legal background, Narkunavathy are among 11 individuals appointed as judicial commissioners (JCs) and will be effectively taking their oaths before their administrative heads to begin duties in their respective courts on Monday.

YA has beaten the odds to prove herself as one of the most hard-working and successful professionals who has been greatly contributing to the judicial system of our beautiful homeland.

Congratulations Mrs Narkunavathy on your recent appointment and best wishes from team Varnam.