A journey of perseverance led to her success..burning the midnight oil is never an easy feat. 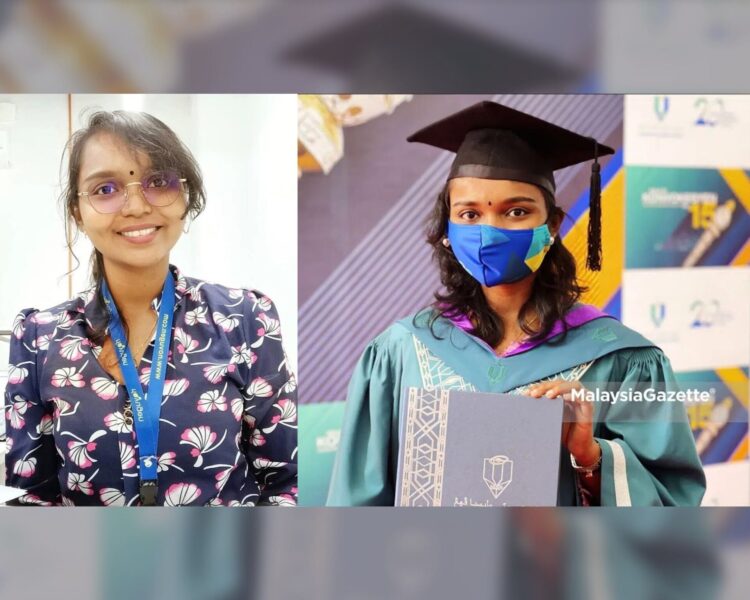 “As you start to walk on the way, the way appears.”

This is one of the most well-known sayings by Rumi, the Persian poet and jurist, and one that the author thinks particularly insightful in even the most commonplace spheres of daily life.

Indeed, it is normal to hesitate to embark on a journey, or at the very least to doubt one’s ability to complete it, just because the full path has not been previously laid out.

Having just graduated from Universiti Malaysia Pahang (UMP) and coming from a middle class family background, Ashviny’s journey with her tertiary education was quite like one of these instances.

“Age doesn’t define what you’re capable of. Anyone can make a difference, no matter how small.”

The midnight oil was worth burning, and Ashviny would recall the nights where there were nothing else but soft flutters of the turning pages of her books!

The recipient of the Universiti Malaysia Pahang (UMP) Royal Education Award also has opened up a great deal of opportunities and the course itself has strengthened her ability to think critically.

Being the daughter of a lorry driver, Ashviny faced many challenges but the difficulties only made her stronger and even more determined to graduate with a huge recognition, at the same time being an inspiration to her juniors.

Her excellence shone further after being recognised in the Dean List Award for six consecutive semesters and successfully completed her first class bachelor’s degree with a CGPA of 3.70.

This is a fabulous achievement and now she’s free from the National Higher Education Fund Corporation (PTPTN) loan debt.

“If I don’t study well, I’ll have to pay back my PTPTN debt. Keeping that in mind, I worked hard and now I’m free from debt. In our life, nothing is impossible. We can make the impossible, possible, if we put in as much effort into the field which we love. I believe that what you think determines who you become,” she added.

To summarise, to say it has been a pretty lengthy journey would be an understatement to say the least. It’s been a journey defined by perseverance, and ultimate triumph.

Wishing you more success on your future undertakings, Ashviny!