Have you heard of a great career change success story? 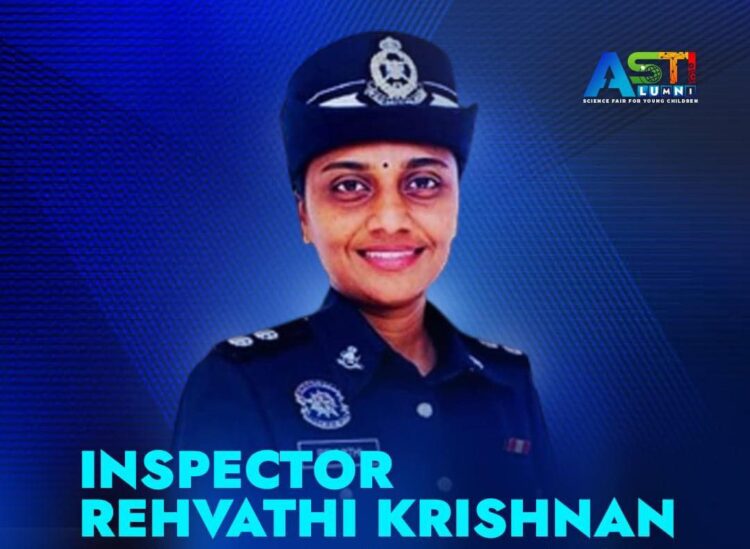 Making it in a male-dominated world is an honour by itself!

Despite efforts to increase representation, the percentage of women in law enforcement has remained relatively stagnant for the past few decades.

With that being said, meet Inspector Rehvathi Krishnan who fearlessly moved from the teaching field to become a police officer. Changing your career can be freaking difficult but as long as you follow the desires of your heart and passion and the thing that you enjoy most, you are naturally wired to excel.

The 35-year-old woman began her career as a practicum teacher, took a risk and ultimately landed in her dream job by serving in the police force. Her passion for education is well reflected throughout her career and educational journey which clearly shows in her heavy involvement with the Science Fair For Young Children (SFYC).

Being a dedicated volunteer under SFYC, she always had a thought of contributing to the development of Tamil school students. Her experience in the police force together with understanding the needs of students has been her current focus intervention. Continuously encouraging her students to be all rounders as part of her message and contribution to the young community of future leaders.

Despite the odds, after 3 years of teaching, Inspector Rehvathi joined the force and after 9 months of police training at PULAPOL, she received the honour of being awarded the Pelatih Terbaik Akademik. Sworn in as Pegawai Siasatan Jenayah Narkotik, the fearlessness woman has now been promoted to Pegawai Cawangan Khas stationed in Iskandar Puteri, Johor.

If you think it’s too late to shift gears or go for the career you’ve always wanted, read the story of Ins Rehvathi and ask yourself the ultimate question: why not?