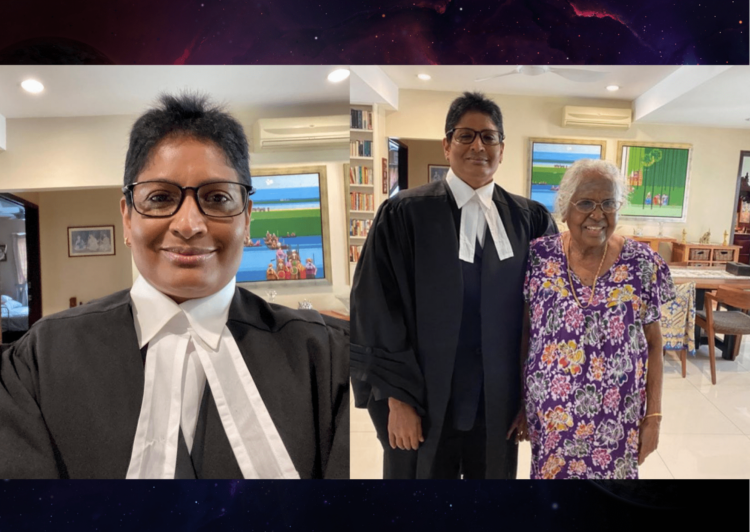 When people are successful, we always focus on their success, not on the years of struggle, failure and trying again and again. We only see the bright side and don’t want to or forget about the years of hard work, while those years mostly bring the most inspiring and motivational stories.

Nagavalli Annamalai; a name that is making headlines all over social media platforms recently has definitely garnered the attention of netizens who have been looking for inspiration.

From humble beginnings of being born and raised on a rubber plantation estate, Nagavalli rose from a middle-class family in Perak all the way to hold the position of Lead Counsel at the World Bank, United States. Nagavalli returned to Malaysia two years ago to care for her 93-year-old mother and completed her professional qualification as a lawyer, which she had probably missed out on during her early university days.

With no money nor fancy family background, Nagavalli attributed part of her success to coming from a large family. As the ninth child out of ten, she said her older working siblings supported her through secondary school and taught her how to navigate life.

From obtaining her Bachelor’s Degree at Universiti Malaya (UM) and being a scholarship holder of Bank Negara Malaysia (BNM) to completing her studies at the Harvard Law School, her journey of becoming a successful woman would definitely motivate you to create something meaningful of your own.

Prior to joining the World Bank as a lead counsel, she was serving as a legal advisor at the Central Bank of Malaysia for 13 years. From working in all regions of the world, she has provided technical assistance to more than 50 countries on banking sector laws, central bank laws, legal and regulatory architecture, bank resolution and asset management companies and financial sector infrastructure matters.

During an interview with the Malay Mail, Nagavalli stated that;

“My father was a very kind man. Even though we had very little growing up in the estate, whatever little he had he would give to those in need. When people were complaining about not having enough food, he would take them to the shop and buy what they needed.”

Now as a certified lawyer, Nagavalli begins her new career at the age of 60 and hopes to make pro bono work a key part of her legal career, crediting the altruism to the influence of her father who died when she was 14.

“It was important to be mindful and grateful in life, and avoid needless comparisons and desires that were sources of suffering and resentment”- Nagavalli

She is commonly known as one of the power women of our century and with her positive mindset and incredible will-power, she proved to the world that no matter where you come from or what your background is, everything is possible!

Nagavalli has also emphasised the importance of human connection and the need to assist the less privileged.

“I believe it is your moral obligation to help people when you are privileged, when you have chances that others do not have, or when you are fortunate,” she stated. I have a strong desire that I have been given what I have so that I may reach out and do my best for my fellow humans.”

If there is one person in this world who proved that no matter what kind of family background you’re coming from, with a strong mindset you will be able to turn it all around, it must be Nagavalli!