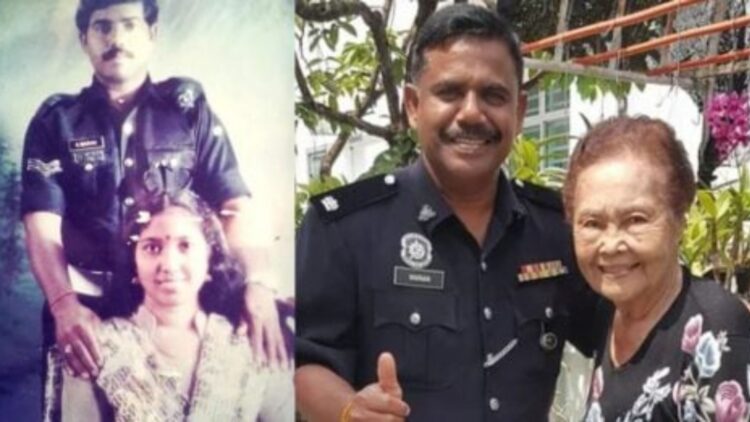 Does living in a gang infested neighbourhood ever turn somebody into one? It really depends on the individual. But, living in a wholly corrupt setting did not make this man a victim of it; instead, he shattered the barrier and became the pride of the nation.

A. Pamnaswaran was once a young man from a small town who dreamt of becoming a police officer. His dream came to fruition eventually leading him on to becoming the district police head in Sungai Siput.

The 60-year-old, who grew up in a community highly influenced by crime, not only joined the police force but also saw his eldest brother, A. Thaiveegan, advance to the position of Penang police chief.

Pamnaswaran claimed that he joined the police force because he had become weary of being bullied by other kids. He was also committed to freeing his family from poverty.

His father worked as a construction worker and his mother was a homemaker; together, they had eight kids.

As a little boy, being the third son, he helped his mother to sell “kuih” door to door and often faced problems with felons who grabbed his kuih-muih without paying.

Pamnaswaran, who has been a constable since 1983, opted to take the STPM exam in order to advance in his position.

After three attempts at failing the exam, he finally got through at the fourth attempt, qualifying him for an interview for an inspector position, and afterwards to deputy superintendent, the position he held when he resigned at the beginning of this year.

“I was so happy when I got promoted to inspector in 1993, resulting in me not sleeping for three days,” he said.

His time as a cop saw him solve a variety of crimes going from murder to animal kidnapping.

The disappearance of 100 goats in Nibong Tebal in 2013 was one Pamnaswaran held dear to his heart. The responsible police officer gathered evidence during the investigation, managed to apprehend the perpetrator, and delivered justice to the goats and their owner.

For solving the goat case, he earned the moniker Tuan Kambing (Mr. Goat) from his peers.

Pamnaswaran was a committed worker who treated the victims as his own family.

As a policeman, your statement should be long, meaning that you must spend time with the complainant. You must put your heart and soul in it, and be professional. – A. Pamnaswaran

In regards to his hometown, Pamnaswaran stated the “gangster town” has gradually improved over the years, but employment possibilities and educational access are still limited.

We are very proud of you sir and thank you for your contribution thus far for the nation and community.