Beauty with brains is an understatement, this sassy doc has ignited a fire for advocacy championing the rights of the marginalised Orang Asli community. 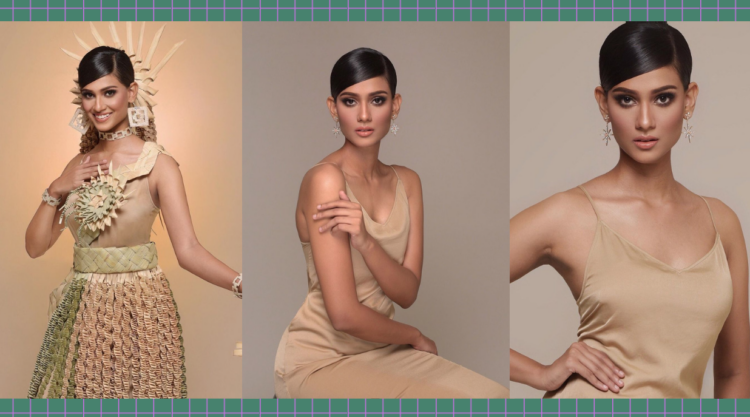 And the good news on the other side is, she will be representing Malaysia at the 70th Miss World contest to be held on 16th December in the exotic Puerto Rico.

Raised in Taman Seri Gombak, Batu Caves, the Indian descent pursued her tertiary education in medicine at Universiti Pertahanan Nasional Malaysia and did her practicals at Hospital Angkatan Tentera Tuanku Mizan Zainal Abidin. The 25-year-old was previously crowned as Miss Malaysia Indian Global 2019 third runner-up at its studded event that was then held at PJ Hiton.

Fondly known as the founder of 4Them, an advocacy and charity project focusing on nutrition and health issues concerning and focused on the Orang Asli community in Malaysia, the beauty queen can be seen donning in a Mah Meri tribe, which is a signature Orang Asli (indigenous people) traditional garment.

The 25-year-old doctor edged out 38 other finalists for the title and the right to will represent the nation at the 70th #MissWorld contest to be held in December in Puerto Rico. pic.twitter.com/HXT1ZpVG3r

Those keen on supporting and cheering on the sassy and fabulous young lady’s journey, do visit her beauty with a purpose (BWAP) project page 4them.malaysia and get acquainted with her cause and insights on poverty and malnutrition among the Orang Asli community, a matter of great importance that has been often neglected by society.

Are you guys ready to experience the salvo-staging live performance? Varnam Malaysia will be giving away FREE tickets for the...