The Grand Final of RAAGA Idol commenced on the 6th of September 2020 at 3 pm and was hosted by RAAGA announcers, Suresh, Ahila, Revathy, Uthaya, Kogulan, Maran and sponsored by Hara Organic.

The first place winner, Yuwanesh Muniandy, was crowned champion taking home a cash prize of RM2000 and an opportunity to record his debut song with local music director, Sundrra.

The second runner-up, Amos Paul Murugesh, received cash prizes of RM500. It will be a great privilege for them as they’ll be recording their debut songs with local music directors namely Jay and Boy Radge.

Congratulations to the winners of RAAGA Idol!

For more information regarding the competition, kindly visit Raaga’s website. 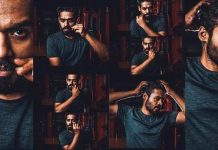 Not A Single Tamil Secondary School In Malaysia… Time to Establish...

Netizens In Awe Of Vasanth Sarna’s first directorial debut of a...