Pahang is by far the biggest out of the 11 states in Peninsular Malaysia. Its a state blessed with an array of attractions. The city, Kuantan, crosses the South China Sea and is the most populous area on the eastern coast of the peninsula. A tourist destination on its own, this city is the modern flipside to the other small, quiet towns in the province. Let’s look at the top nature gateways in Pahang.

Located about 100 kilometres from Kuantan, Chini Lake is beautifully situated within 12,565 acres of green tropical jungles rendering it a significant green lung in Malaysia and consisting of a sequence of 12 lakes. A UNESCO Biosphere Reserve, Chini Lake is an attraction enjoyed by tourists from all over the world because of its abundant biodiversity presenting a calm and pleasant scenery, given its legendary stories.

According to mythology, the still waters of the lake were once home to a legendary dragon who played the role of protector of the ancient golden city that once controlled the land of the lake. This enigmatic figure and region, however, has never been verified by scientific study.

Take this chance to enjoy the breeze that emerges from huge tropical rainforest trees when you pass a small river on a boat ride to Lake Chini. When you enter the first lake, be greeted by lotus flowers and water lilies. Don’t forget to take photos and videos when you’re at the lake because it’s an adventure you’d like to record and hold in memory!

The locals ‘orang asli’ community, who have been inhabitants of the bay for many years, resides at the bottom of the shore. They claim that the dragon named the Naga Seri Gumum (the counterpart of the Loch Ness Monster) is the spirit and protector of Lake Chini. 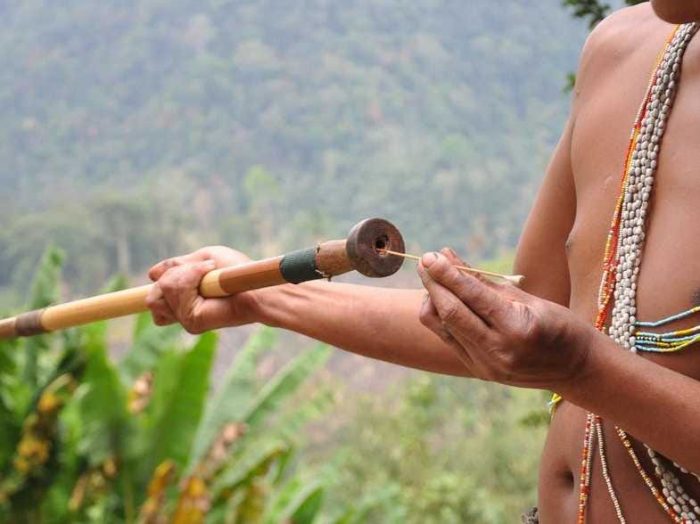 Visit the Orang Asli village to learn how the villagers create the famous blowpipe, the main hunting tool made out of bamboo.

Fraser’s Hill can be found in the central part of Pahang. It lays some two hours north of Kuala Lumpur. Bukit Fraser has an average altitude of 1,200 meters but its peak point falls to 1,500 meters in Telekom’s loop. Generally speaking, the months with the least rainfall drop between April and September, a break in the monsoon season.

More than 150 species of animals (including endangered Malayan tigers and Asian elephants) and 3,000 varieties of plants and flowers including numerous types of insects consider this rainforest home.

Visitors who travel into this jungle are guaranteed an amazing trip in the rainforest, including trekking, animal watching, and tree walks. Certain events vary from white water rafting and hunting to cave discovery and bird watching. Mountaineers will undertake a gruelling multi-day climb to reach Mount Tahan at 2,187 meters (7,175 feet).

Gunung Senyum or Smiling Mountain Recreational Park, at 1,549 meters above sea level, is a significant archeological location. It is situated along the bank of the Pahang River about 68 kilometres away from the town of Temerloh, through Kampung Awah and Felda Jengka 18.

The park is part of the Jengka Forest Reserve, occupying an area of 794 hectares. Surrounded by the oil palm plantations of the Jengka Felda Project, there are two major mountains within the reserve, Gunung Senyum, and Gunung Jebak Puyoh, formerly a common place for visitors and researchers.

Gunung Senyum Caves consist of at least 19 caves that are interesting to visit. As cave exploring and camping in the shade of tropical foliage are common activities, science work is also increasing popularity among students and scientists.

The Charas cave is located about 25 kilometres northwest of Kuantan at Panching on the Sungai Lembing route. Shaped millions of years ago and pounded out by the powers of nature, these caves give an intriguing stay. This limestone cave is just beyond the nearby lowlands and a 20-foot climb of the metal stairs is required. 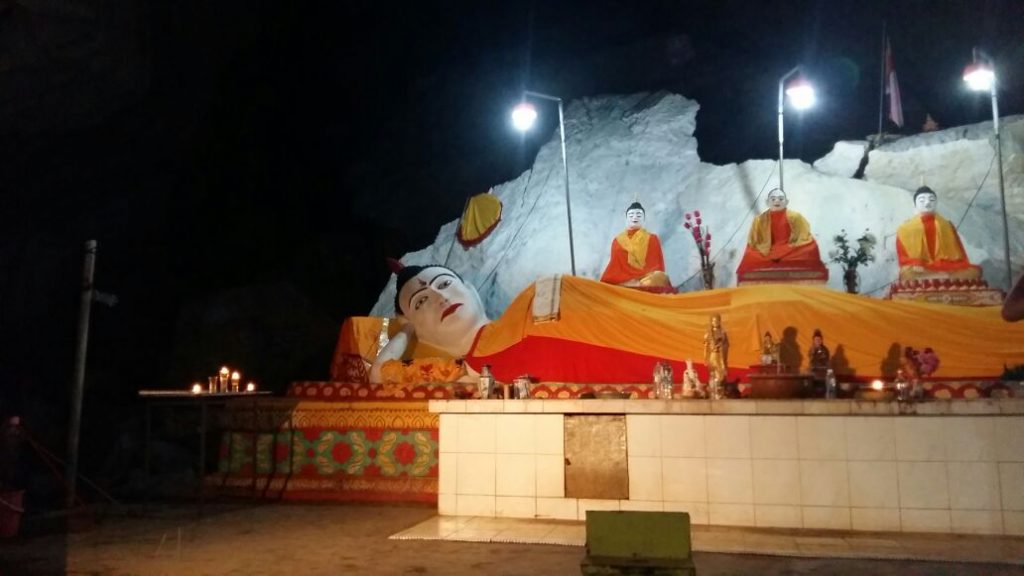 Within the cave is a small sculpture of Buddha and the sleeping quarters of monks. A 30-foot tall statue of the reclining Buddha is placed inside. The cave is lit by a generator operated by the monk.

Rainbow Waterfall Lembing is one of the most spectacular aspects of the majestic rainforest in Malaysia. Located in Sungai Lembing, an old mining town on the east coast of Malaysia’s Peninsula, this is a perfect place for those who love adventure and admire the natural beauty of the forest.

The name Rainbow Waterfall is given as it always reveals rainbows every moment the sun reflects on the waterfall, approximately at 9am or 10am every morning. The short time of rainbow visibility requires all visitors to arrange a strict timing tour so they can arrive at the waterfall in time to see the beautiful rainbows.

Before embarking on the boat, you will be briefed about fireflies and its precautions. You’ll have a river ride at about 8pm when it’s fairly quiet. You will travel down the river, while the tour guide shines his torch towards the trees, and with that a swarm of fireflies will slowly fly towards the boat.

The guide will also share with you all about the behaviour of fireflies, watching the little lights slide across the water to the boat is almost mystical. Join this tour and have a wonderful night with your family and children!

Pamper your family with a nature-filled fun vacation and discover Pahang like no other.