Raw honey has been used throughout history as a natural medicine and has numerous health advantages and medicinal applications. Honey is now used to treat wounds in several clinics. Many of those health benefits are specific to honey that is raw or unpasteurised.

Most of the honey that you find in grocers is pasteurised. The high heat destroys unwanted yeast, enhances colour and texture, prevents crystallisation, and increases the shelf life. In the meantime, much of the valuable resources are lost too.

If you decide to try raw honey, purchase it from a respected local supplier. Here are some health benefits of raw honey:

1An outstanding supply of antioxidants

Raw honey is made up of a variety of plant chemicals that function as antioxidants. Some honey forms have as many antioxidants as fruits and vegetables. Antioxidants help defend the body from cell destruction related to free radicals.

Free radicals lead to the ageing cycle and may also contribute to chronic disease progressions such as cancer and heart disease. Research shows that antioxidant compounds in honey called Polyphemus can play a role in heart disease prevention.

Research has shown that raw honey can destroy fungus and undesirable bacteria. This includes for example an antiseptic, hydrogen peroxide. Its effectiveness as an antibacterial or anti-fungal varies depending on the honey, but for such types of infections, it is clearly more than a folk remedy.

Manuka honey is used for treating wounds in medical environments, as it has been shown to be an efficient bacteria killer and often aids in tissue regeneration.

Studies show that Manuka honey has the potential to increase healing time and reduce infection. Bear in mind that the honey used is considered a therapeutic grade in clinical facilities, ensuring it is checked and steriled.

Phytonutrients are compounds found in plants that help protect against harm to the plant. For instance, some keep insects away from ultraviolet radiation or shield the plant.

Honey’s phytonutrients are known for their antioxidant effects, and for their antibacterial and anti-fungal strength. These are often believed to be the cause of why raw honey has demonstrated benefits in terms of immune strengthening and anticancer. These valuable nutrients are damaged by heavy processing.

Honey is sometimes used to treat digestive problems such as diarrhoea, though there is little research showing it works. Nonetheless, a popular source of stomach ulcers is proven to be beneficial as a cure for “Helicobacter pylori bacteria.”

It is also a potent probiotic, meaning it nourishes the good intestinal bacteria that are crucial not only for digestion but for overall health.

Have a cold? Try a dose of honey in a spoonful. Honey is an ancient remedy for sore throat. When a cold virus hits you, add it to hot lemon tea. It also acts as a suppressant for cough.

Evidence has shown that honey is as powerful as dextromethorphan, a popular component in treating over-the-counter cough. Just take a teaspoonful or two, straight.

1 tablespoon of honey (21 grams ) contains 64 calories and 17 grams of sugar including fructose, glucose, maltose, and sucrose. It virtually contains no fiber, fat, or protein. It even includes small levels below 1% of the RDI of some vitamins and minerals, although you will need to consume lots of pounds to satisfy your everyday needs.

Where honey shines has bio-active plant compounds and antioxidants in its material. In such substances, the darker groups appear to be much stronger than the lighter varieties.

8Honey is less harmful for diabetics than sugar

Any tests have shown, though, that it may still raise blood sugar rates, almost as often as processed sugar. While honey may be marginally better for people with diabetes than processed sugar, it should also be consumed with caution.

Honey is a great moisturiser, which works well on dry skin spots. It can be used to smooth your knees and wrists, and your chapped lips. Only put a little honey on your face during the cold winter months, then wash it off after 30 minutes. You can even create a moisturising scrub-just add some sugar and voila!

It works as an exfoliate which is natural. Give your skin the benefit of the potent antioxidant, anti-inflammatory, and ultra-moisturising properties of honey.

Honey acts as a natural agent to moisturise your hair and cleanse your scalp, leaving your hair smooth as silk without stripping away any natural oils. Add a teaspoonful of honey to your usual shampoo or mix with olive oil for a deep-conditioning treatment for 20 minutes before washing your hair off with shampoo.

Raw honey may contain nutrients that normal honey does not contain. It suggests that raw honey could theoretically deliver important health benefits. Nevertheless, this has not been proven by the study. Raw honey can include additional ingredients, such as bee pollen and bee propolis, which may give additional antioxidant and antibacterial properties. Work on the therapeutic usage of raw honey is encouraging. Studies on its soothing and nutritious properties indicate that raw honey could be a better sweetener than sugar. 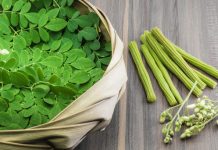 Murungai, and Its’ Wonderful Health Benefits