The temple situated in the heart of a lime stone cave, accommodating it’s visitors for decades as they perform their vows, with a landmark statue greeting us even from miles away, is none other than the famous Sri Subramaniar Batu Caves Temple. 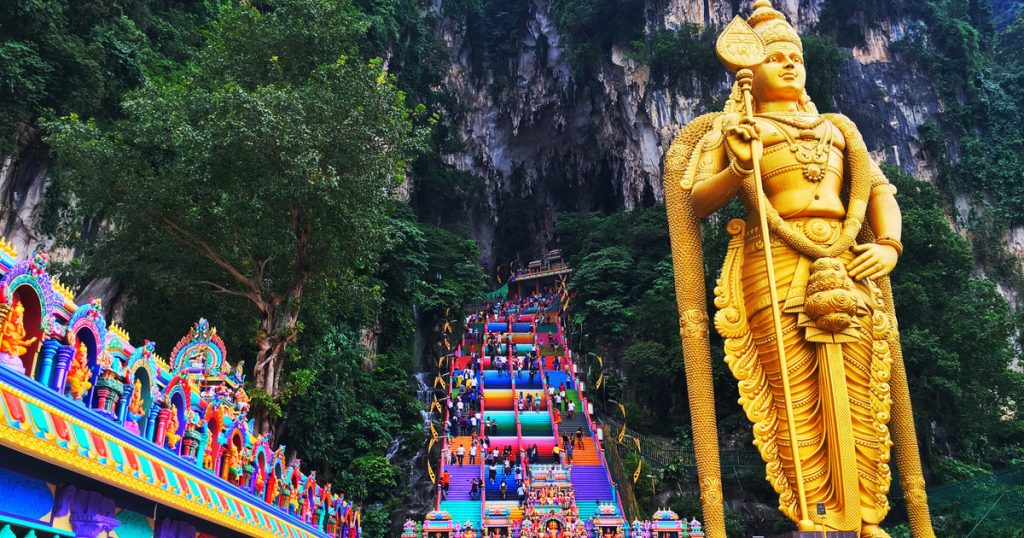 Batu Caves always holds a special place for many localites due to the annual Thaipusam festival. Funfairs, lights, devotional songs hailing from every corner, the crowd of people in yellow clothes carrying pots of milk and parades of colourful kavadis dancing away like a show performed by beautiful peacocks, is a sight to not miss. 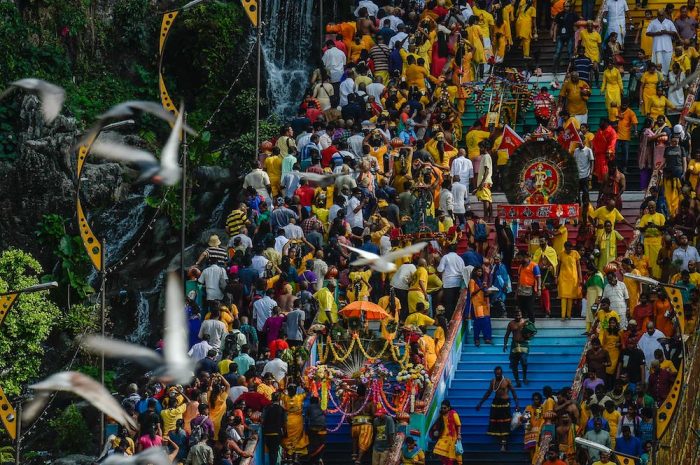 There have been many myths in relation to the temple’s history and establishment, but one thing is evident, this temple holds tales of the happenings which took place hundreds of years ago engraved in each limestone, forming the establishment of the deity we have today.

With limestones said to be as old as 400 million years old, Batu Caves used to be known for providing shelters to the Temuan People; a tribe of Orang Asli before being known as an attraction to tourists and a place of devotion to the Hindu community. 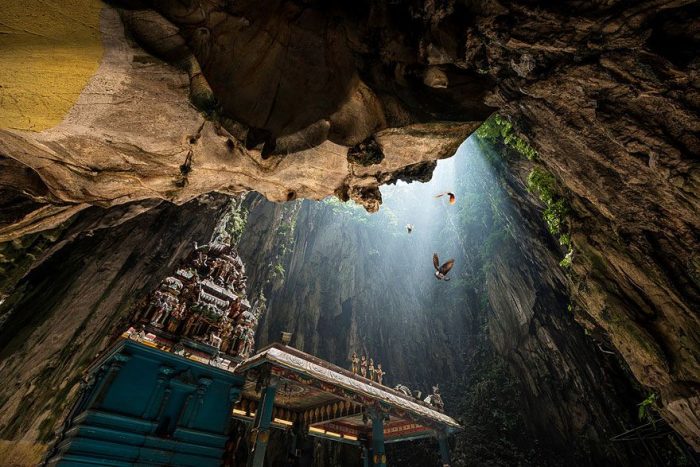 In 1860, Chinese settlers would collect guano, the excrements accumulated by bats living in the caves, to be used as fertilisers for their vegetable patches. However, Batu Caves only became popular in 1878, after being recorded for its limestone hills by colonial authorities, Daly and Syers and an American naturalist, William Hornaday.

The history of Batu Caves does not end there, if anything, it was merely just the beginning to many many years of celebrations that would come after.

For if it weren’t for K.Thamboosamy Pillai, an indian trader, we would not have known nor had Batu caves as we do to this day.

K. Thamboosamy Pillai was intrigued by the entrance to the main cave, which was shaped like a “Vel” and decided to dedicate a temple to Lord Murugan within the walls of the said cave with wooden steps leading up to Him in 1920.

Hence the inception of the Thaipusam Festival since 1892 during the Tamil month of Thai, Which usually Falls in the month of  January/February Is A Festivity Honoured By Hindus from Malaysia and Neighbouring Singapore as theY converge to BAtu Caves.

The wooden steps were reconstructed in 1920 and replaced with 272 concrete steps. In 2018, the stairs were then painted in various colours, becoming an attraction to many, eventually recognised as Malaysia’s must visit tourist spot. The colourful Batu Caves steps also happens to serve as a wonderful spot for picture worthy shots!

Did you know there are three caves incorporated under the huge entity of THE Batu Caves TEMPLE?

Batu Caves is also a tropical habitat to many unknown species of flora and fauna. There is a cave specifically preserved and maintained due to it’s diverse unique living things present in the cave and is used as a educational site by the Malaysian Nature Society.

The cave is known as the Dark Wet Cave and human entrance is strictly forbidden to preserve the existing ecology.

Batu caves has now earned the entitlement as a pivotal place of worship for many. It has devotees worldwide come by every year to perform their special vows and prayers. This temple is definitely a must visit destination in Malaysia, just for it’s mesmerising beauty and breath taking nature!