Maha Shivratri, “The Great Night of Shiva”, will begin at 6 PM on 1st March until 6 AM the following morning. 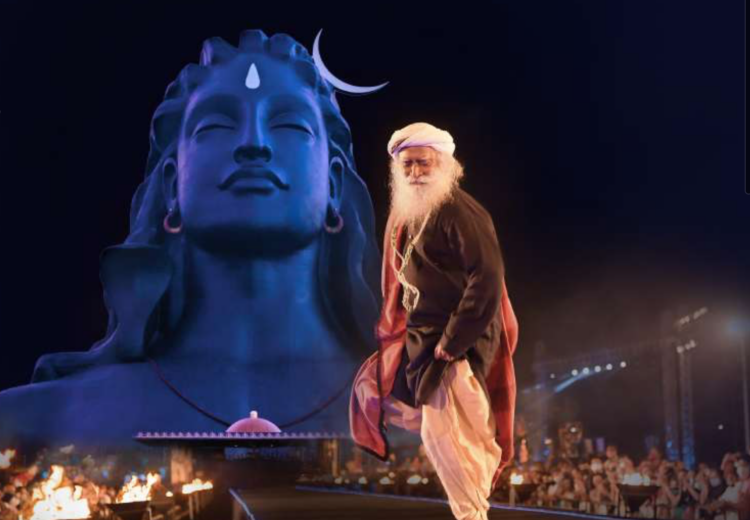 Maha Shivratri, “The Great Night of Shiva”, is just a few hours away and Isha Yoga Center is gearing up to host the biggest festival of the year – Mahashivratri. The nightlong festival will begin at 6 PM on 1st March and go on till 6 AM the following morning, in the presence of Sadhguru.

Mahashivratri is one of the most significant festivals in India, celebrating the Grace of Shiva, the Adi Guru from whom the Yogic tradition originates. Planetary positions on this night are such that there is a powerful natural upsurge of energy in the human system. It is enormously beneficial for one’s physical and spiritual wellbeing to stay awake and aware, keeping the spine vertical throughout the night. 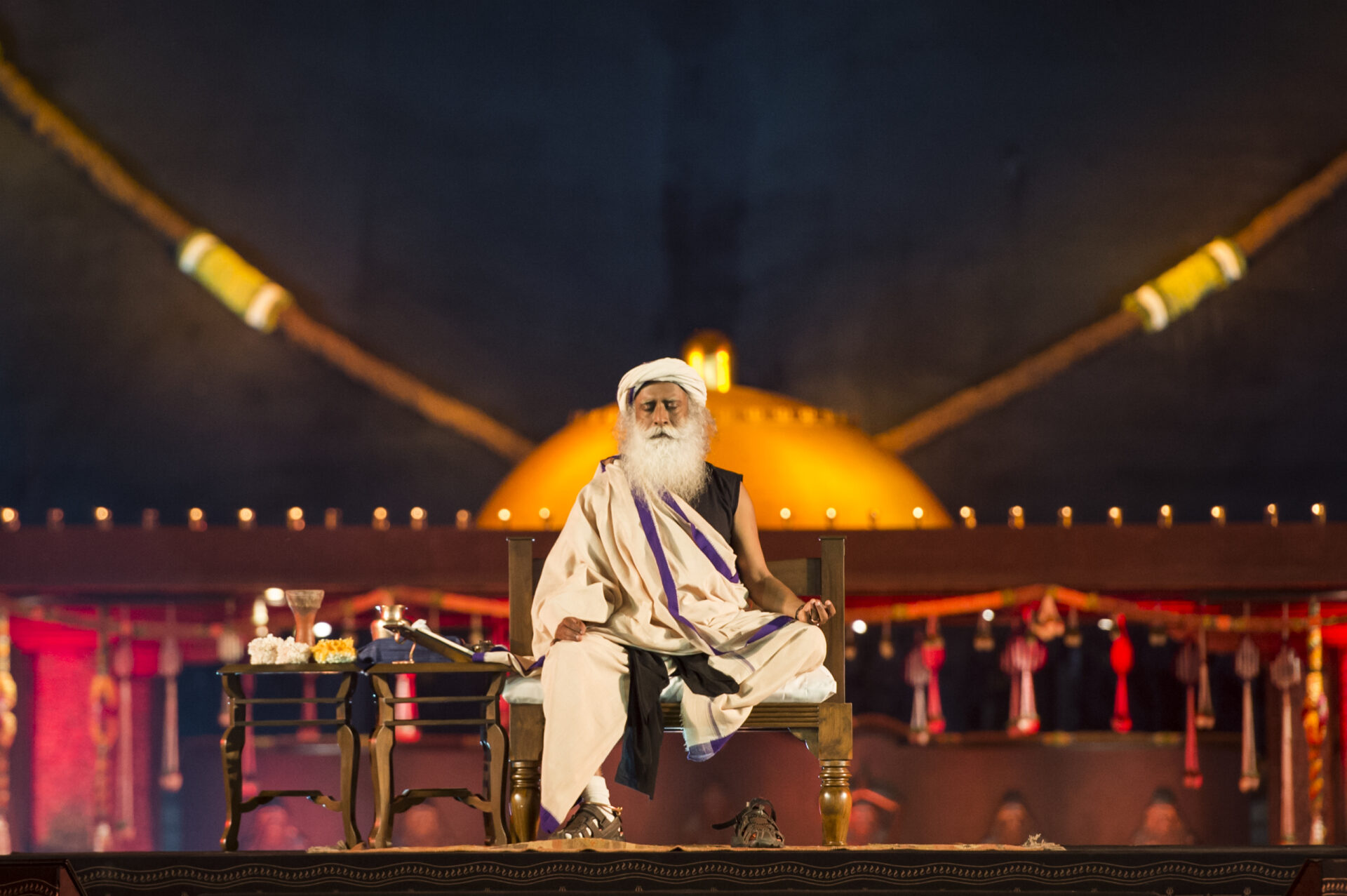 Following COVID-19 protocols, entry to the event is limited and through registrations only. The entire event will be livestreamed in 16 languages, millions of devotees from across the globe are also expected to tune in through television. For those who attend the festival at the Yoga Center, medical screening, social distancing, wearing masks, and carrying sanitisers will also remain mandatory in addition to compliance with all government directives for in-person gatherings.

Starting with the Pancha Bhuta Aradhana at Dhyanalinga, this nightlong celebration will see Linga Bhairavi Maha Yatra, Satsang with Sadhguru, midnight meditations, and the spectacular Adiyogi Divya Darshanam. Other highlights of the Mahashivratri celebrations will be a host of spectacular music and dance performances. Renowned artists from different parts of the country like Papon, Master Saleem, Hansraj Raghuvanshi, Mangli, and Sean Roldan will regale the audiences with their unique and diverse brands of music. Other attractions include music by Isha Foundation’s own homegrown band – Sounds of Isha, and dance performances by Isha Samskriti. 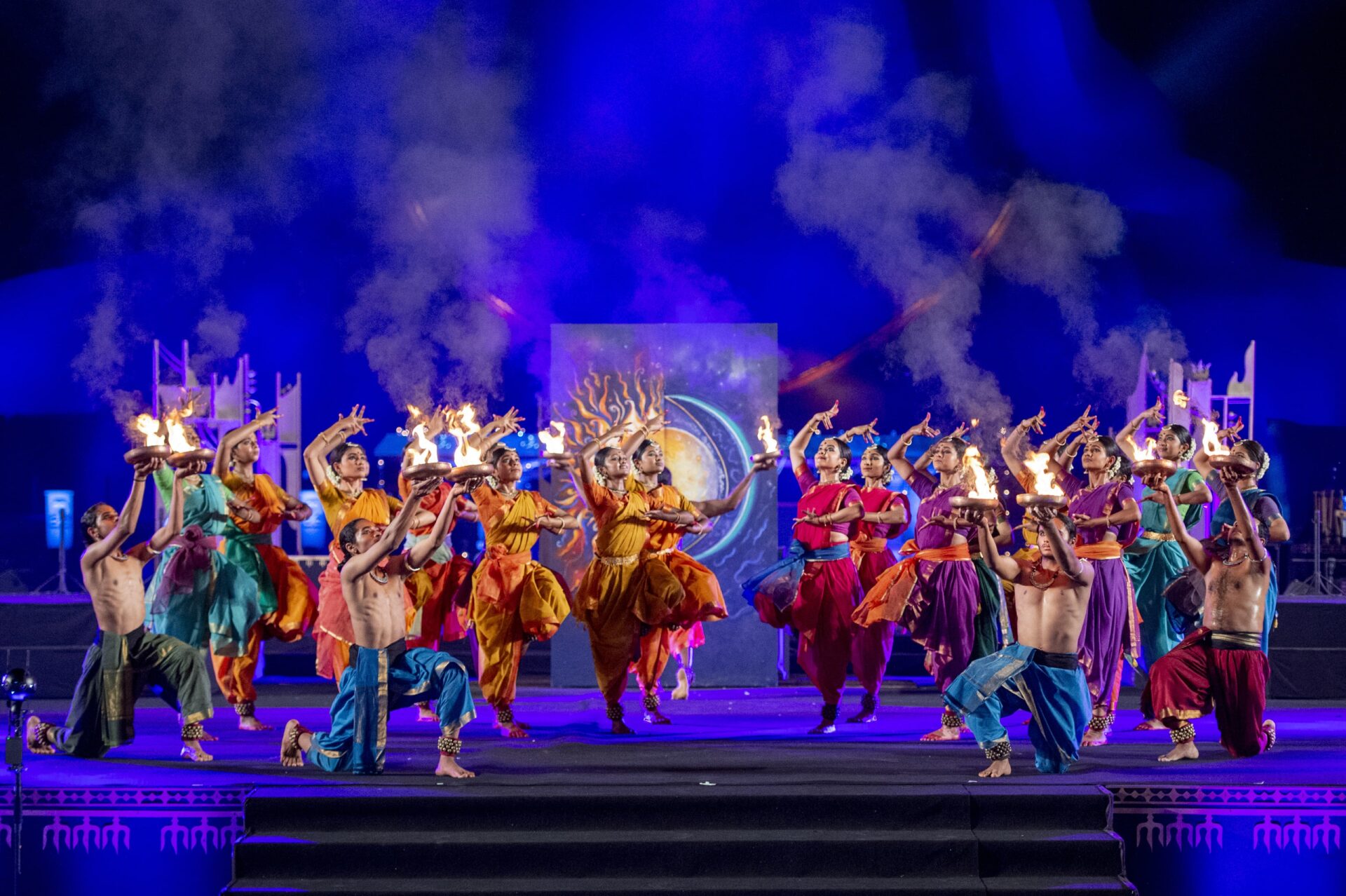 In 2021, online viewership of the Mahashivratri event on March 11-12 was 50% more than the Grammy Awards telecast, which aired on 14th March. The celebrations at Isha Yoga Center was the only Indian livestream to make it to the top 50 live streams in the world that week. The event was watched by people from 130 countries, making it the biggest festival globally in March 2021.

In the Grace of Yoga – Live Event With Sadhguru

“In the Grace of Yoga” is a Mahashivratri special program that provides a spiritual seeker an unparalleled opportunity to bask in the Grace of the Guru during one of the most spiritually significant days of the year. Join Sadhguru as he cuts through all social, cultural, and religious frills, uncovering the unchanging essence of Yoga. The program is being offered online in 9 languages across 5 time zones.

This year, Mahashivratri is going to be extra special because for the first time, the nightlong festivities of 1st March will be followed by seven days of spiritual and cultural exuberance, ending on 8th March. There will be many avenues for devotees to explore deeper dimensions of wellbeing through the free online offerings of devotional Shiva chants, the simple yet effective Upa-yoga, and Yaksha – a three-day (2-4 March) music and dance festival that will also be live streamed.

Maha Annadanam, an offering of food to all visitors, is an integral part of the celebrations. Hundreds of volunteers will be involved in cooking and distributing food to thousands of visitors on Mahashivratri night and on every day of the following seven days. 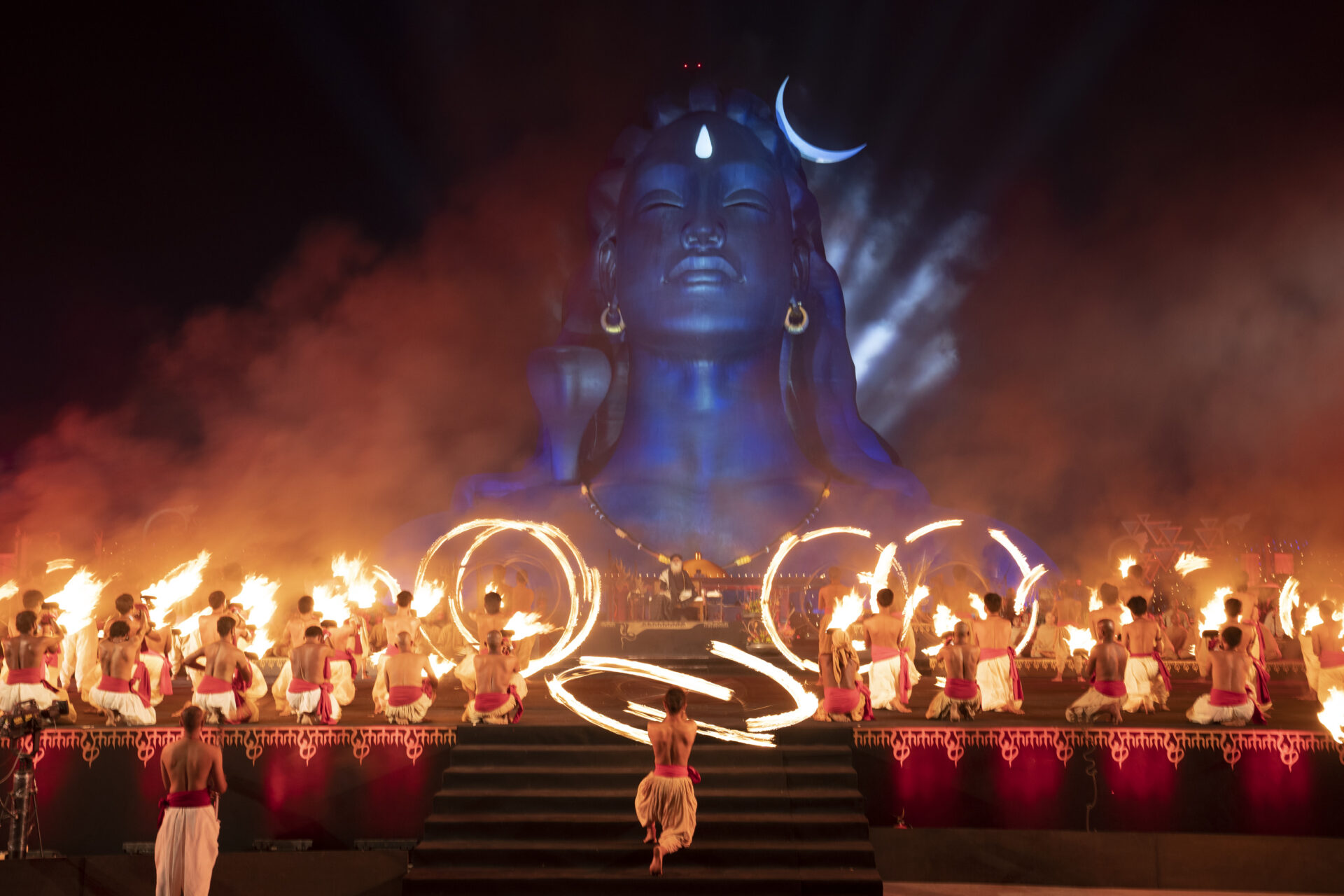 Angaraag Mahanta, popularly known by his stage name Papon, is a playback singer and composer from Assam. He is also the lead singer and founder of the folk-fusion band Papon and The East India Company.

Master Saleem is known for his work as a devotional singer and playback singer in Bollywood films and has also released private albums of Punjabi and Sufi music.

Most of Hansraj’s songs are devoted to Shiva. His song ‘Damru Wale Baba’ earned him widespread fame after it went viral on social media.

Satyavathi Rathod, popularly known as Mangli, is a playback singer, television presenter and actress from Andhra Pradesh. This is her second stint at Isha Mahashivratri, after she enthralled everyone with her soulful voice last year.

Raghavendra Raja Rao – more popularly known as Sean Roldan – specialises in Carnatic music and songs for the Tamil film industry. He began working on Carnatic songs as a music composer but later forayed into independent Tamil music with his band “Sean Roldan and Friends”. 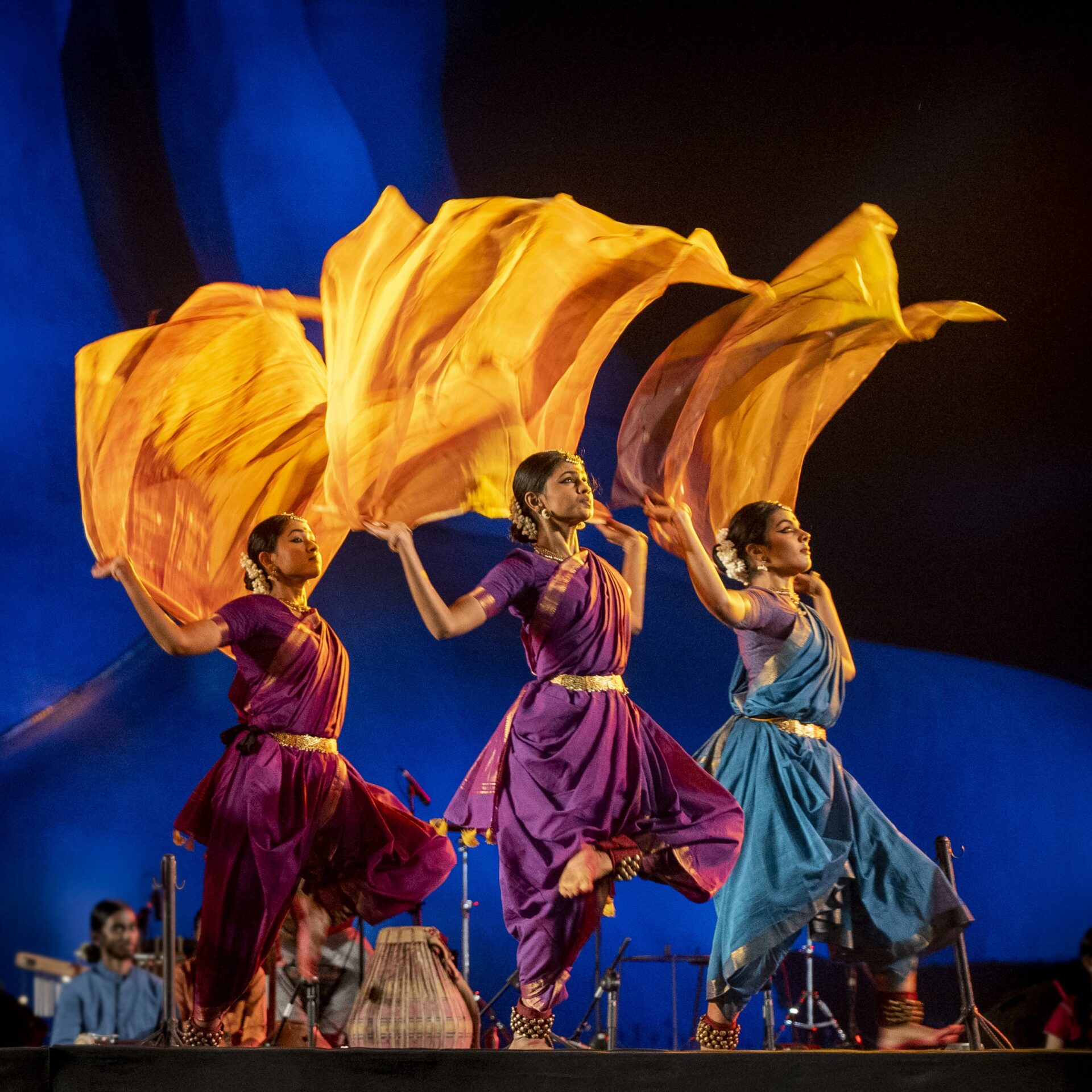