Arrangements of Vishu Kani take place with a lot of enthusiasm. 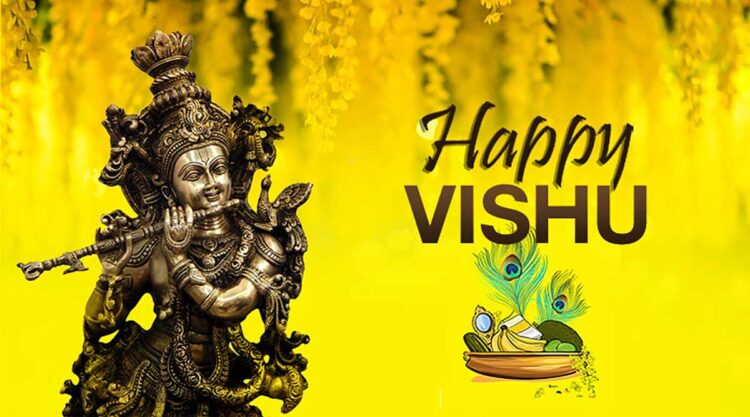 Vishu; It marks the first day of Medam, as per the Malayalam calendar which falls today on the 15th of April.

Just like other festivals, Vishu signifies the new beginnings, goals, and dreams. It’s a day where people pray for their loved ones and look forward to a healthy and prosperous new year. On this day, several rites are also to be observed. The first day of the Medam, the ninth month of the Malayalam calendar, is commemorated and marked as Vishu.

The Malayalam calendar, also known as Kolla Varsham, is said to have been in use since CE 825. Vishu has been celebrated in Kerala since the reign of Sthanu Ravi in 844 AD. According to the mythology, the Lord Krishna is said to have defeated the demon Narakasura on this day (of Vishu). On this day, Lord Krishna, the avatar of Lord Vishnu, is worshipped and his idol is placed in Vishu Kani.

The Significance of Vishu

Vishu is a Hindu festival that commemorates the arrival of spring and the harvest season in the country. It also celebrates Lord Krishna’s victory over the demon Narakasura.

On the day of Vishu, all the family members are required to rise early in the morning by dawn with closed eyes and proceed to the house’s worship area in order to catch the first glimpse of the Vishu Kani. Known as one of the most important auspicious items on Vishu, considered to be the omen of good luck and prosperity.

By setting up a traditional Vishu Kani, it will make a person’s entire year better and offer them good luck. Having said that, the three most essential components of the Vishu celebrations are Vishu Kani, Vishu Kaineettam, and Vishubhalam.

The Celebration of Vishu

Vishu Kani is known as a traditional ceremonial preparation of all fortunate goods said to bring great luck and wealth. Rice, golden cucumber, jackfruit, coins, money notes, and a picture of Lord Vishnu are just a several of the ingredients that are used to prepare Vishu Kani.

After seeing the Vishu Kani, people recite verses from Ramayana, the Holy book of the Hindus, which is considered to be a sacred act. Following that, they will be celebrating Vishu by bursting crackers followed by a traditional feast known as Vishu Sadhya.

Wishing you and your loved ones a very blessed and Vishu Ashamsakal. Let’s start our life fresh and make it blissful forever and ever.