The history maker sets a national record by reciting 1,560 decimal places of the mathematical constant. Impressive! 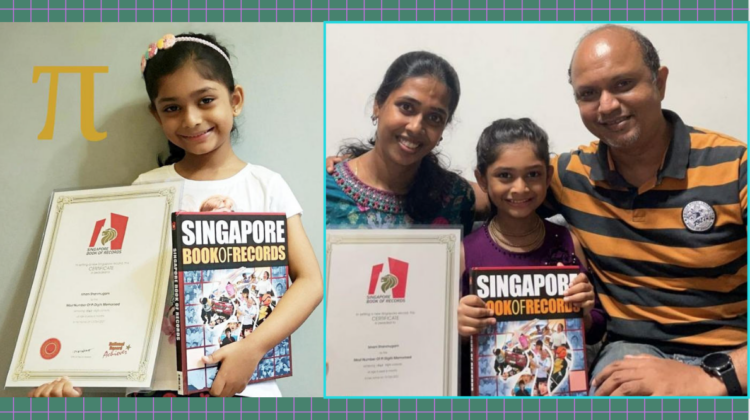 Some kids were simply born to make history!

Ishani Shanmugam is among one of them as she set a new national record for memorising the most digits of pi by reciting 1,560 decimal places of the mathematical constant.

Ishani memorised 409 digits of pi in September 2019. And she was sincerely enthusiastic about learning more digits where her parents had fulfilled her wishes.

Her dad V.S Shanmugam who works as an investment bank IT manager, said he and his wife started their daughter’s training in April by introducing a few more numerals every day.

“We’re really happy to see her accomplishments. We didn’t expect her to understand it right away because she had to remember every single digit. We cried delighted tears after she broke the record,” he stated.

According to The Straits Times, he mom M. Vennila said they first noticed Ishani’s remarkable recall and desire to study when she was two years old. The little kiddo took 10 minutes to recite pi digits while being accompanied by representatives from the Singapore Book of Records verifying the numbers.

“Ishani could read tale books by herself – one after the other, without pausing. We’d show her national flag flash cards, and she’d memorise all 195 of them. Since then, we discovered she was interested in science and geography. She was able to decipher the finer points of geography TV shows and explain them to us,” said Vennila.

Shanmugam said that as parents, they have never pressured their daughter. All they desire as parents is to help her develop her interests, at the same time assist her in anything she wants to do. She broke the prestigious record simply because she was good at memorising them.

Congratulations on your mind-boggling achievement, Ishani!