Its high time we do something about it, not just turn a blind eye. 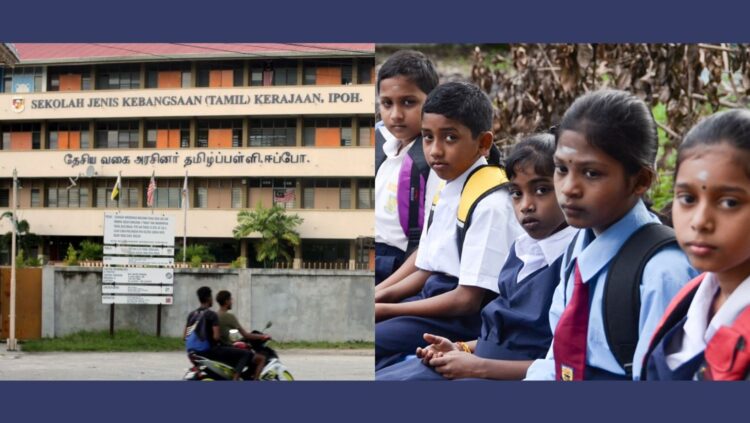 The state of Tamil schools in the country will always be a cause for concern. Though after nearly 60 years of independence, Malaysian Tamil schools are in an extremely worrying state.

Yes, many students from our medium are achieving great things and getting records for their skills and talents. But do you ever think about the number of schools that are enjoying full facilities? Have you ever thought about the conditions of Tamil schools in rural areas? Let’s dive into the matter.

According to Wikipedia statistics, 70.02% of Tamil schools are located in urban areas while 29.98% are in rural areas but only 30.74% of them are fully-aided by the government and the rest (69.26%) are only partially-aided with a lack of basic infrastructural requirements.

The majority of Tamil schools in Malaysia were built in the 1970s and 1980s and are in desperate need of renovation and upkeep.

Our Tamil schools are in no way equivalent to the country’s Kebangsaan and Chinese schools who have well-provided facilities.

Budget allocation for Tamil schools has always been a major issue. In 2020, the projected budget for Tamil schools was approximately RM29 million which is way lower than the budget given the previous year which was about RM50 million.

Due to lack of budget allocation for Tamil schools, as well as the community’s incapacity to maintain several of these schools, indicates that the schools would have to close down with no other choice.

Some schools in our country, particularly in Perak, Johor, and Negeri Sembilan do not have enough students. There is concern that if enrollment does not rise or even if the facilities are not improved, these schools will be forced to close. What a waste!

This is not right. Just imagine what will happen if this situation continues for the rest of the Tamil schools? There will be less than 150 Tamil medium schools in the coming 15 years.

According to a parent who simply wishes to be known as Komathi said the individual itself has a part to play in the issue. “The parents themselves, they’re not willing to send their kids to Tamil schools. Second, the government. They are not giving proper attention to Tamil schools as they do for other mediums.

“Third, the community, other than voicing out on political and temple issues, why not voice out for education. Its something very important to fight for, as education is vital for a nation’s progress. To overcome this, I think the best solution is for everyone to come forward and fight to keep Tamil schools alive. It cannot be done by only a few people, everyone needs to unite and urge the government to take action on ways to establish and flourish Tamil schools,” she further stated.

S. Krishnamathy, a Tamil school teacher said news and issues concerning Tamil schools should continuously be updated so society will be fully aware of the real state of Tamil schools in the country.

“Other than this, the school management has to be proactive enough to overcome this long-standing problem. The management can do campaigns, talks and speeches about the benefits and the many achievements of Tamil schools in the country. This would somehow encourage parents to admit their children to Tamil schools.” she continues.

Now leave political matters aside and let’s focus on education for the sake of our kids. We obviously desire a good education for the future generations, for that we need to put a little effort from our side too.

As Indians, we should raise our voices in a bid to save Tamil schools from dying. This is probably the last call.

If not now, when?

Let’s all stand together and fight for the fundamental rights of Malaysian Indians.