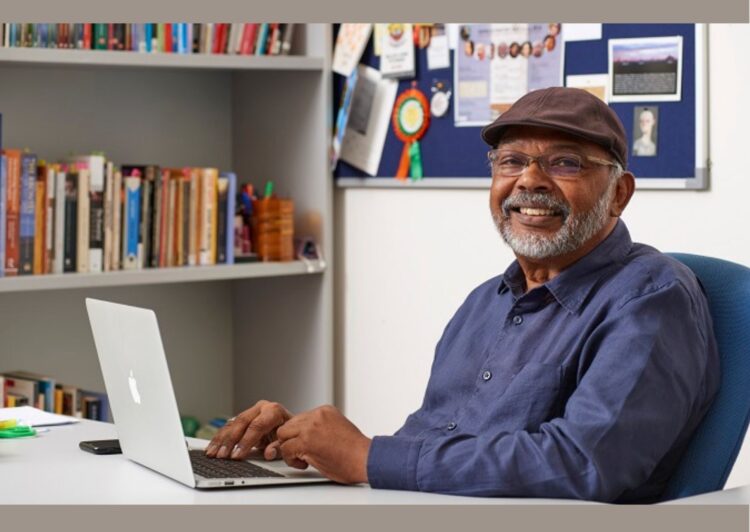 Writing is a task that necessitates extensive research and knowledge. In this field, just a few can be distinguished. In that case, meet Professor Dr Malachi Edwin Vethamani, a Malaysian-born Indian professor, poet, writer, critic, and bibliographer who has garnered widespread acclaim in this profession.

Vethamani is a very well-known critic and bibliographer in academic circles, as well as an internationally recognised teacher trainer and expert in Malaysian literature in English. This poet, who hails from Brickfields, has earned numerous awards for his outstanding contributions to the writing.

Several awards and honours have been bestowed upon the retiring writer, who now gives occasional lectures.

According to the source, The Malaysian English Language Teaching Association has named the MELTA-Malachi Edwin Creative Teacher Award after him.

This 67-year-old professor’s teaching career began by coincidence in 1979, when he applied for a teaching position as an English teacher at MARA Junior Science College (MRSM) Pengkalan Chepa and discovered that he loved it.

When he retired in January 2021, he was given the title Emeritus Professor by the University of Nottingham.

He is an internationally recognised teacher trainer who has also provided training and consulting services to a variety of organisations.

Ronggeng-Ronggeng: Malaysian Short Stories, which spans 60 years of Malaysian short-story writing are among his publications.

In January 2018, Coitus Interruptus and Other Stories, his debut collection of short stories, was released. In July 2017, his second collection of poems, Life Happens, was published.

Complicated Lives was his first collection of poems that was published in 2016.

In addition, Playpen Performing Arts Trust in Mumbai recreated three of his stories from this book into monologues and performed them as Love Matters in 2017 and 2018.

Furthermore, his short story Best Man’s Kiss was adapted into a short play for Queer Ink’s Inqueerable event in Mumbai on September 8, 2019.

In 2015, he wrote A Bibliography of Malaysian Literature in English which was the first bibliography to track Malaysians’ literary writings in English from 1950s to 2014.

Looking at Prof. Malachi’s incredible feat, I hope it inspires many aspiring writers and literary majors to pursue further studies in this field.