Behind Every Successful Child, There Is A Believing Parent – Bharati Suresh

Ishant Shah will be part of the incoming Harvard college class of 2026! 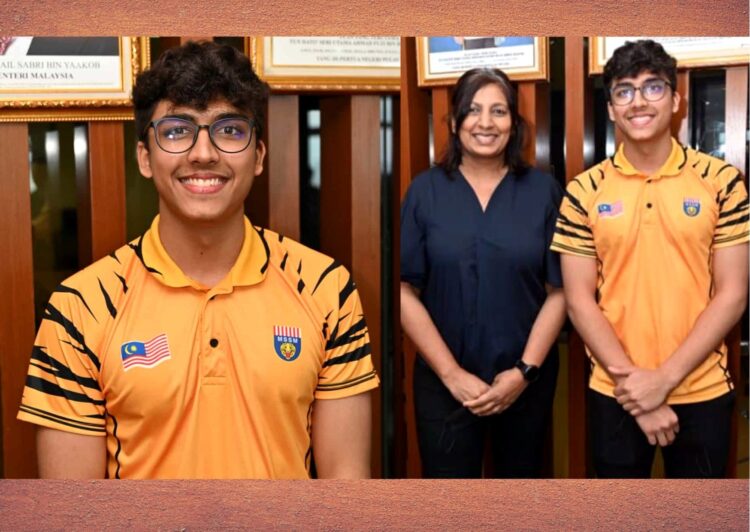 Remember the success of six Malaysian students being accepted into Harvard College as a proud achievement for our beautiful homeland?

Yes, one of the students, Ishant Shah Atul Kumar who is also a Penang squash player were among the six Malaysian students who were accepted into Harvard’s prestigious undergraduates’ school and will be part of the incoming Harvard college class of 2026.

In the recent interview, Bharati Suresh Chand ( Ishant’s mom) has proven that a mom’s love, encouragement, dedication and hard work plays a huge role in shaping her son’s success. And definitely a supportive husband in this beautiful journey.

We all know the age-old phrase, where behind every successful child, there is a parent!

According to Buletin Mutiara, the mother of the 19-year-old had travelled back and forth for her son’s squash training session at the Nicol David International Squash Centre and on days even stayed back till the session ended.

Despite being the first Harvard student from the Gujarati community in Malaysia, Mrs Bharati stands firmly and encourages her son to have a good amount of freedom to follow his passion. Looking at the squash centre as her second home, she has also added that the coaches who train the players are professionals who have vast knowledge and experience in the sport.

The former student of SK Minden Heights and SMK Bukit Jambul, will complete his Canadian Matriculation International Programme in June 2022, and will further his studies in Harvard which falls in November. In regards to the field that he would like to pursue, the young man will decide in the following year.

“I have a message for parents who want their children to pursue squash. Allow them to have their space and let them go,” Mrs Bharati stated.

If we as parents don’t encourage them, then who else would?

We should not prevent our children from exploring their passions, but rather enthusiastically encourage them to do so. In this case, as a mother Mrs Bharati continues to encourage her son to participate in any kind of Squash tournaments.

“In retrospect, this could be our greatest joy. We’re reaping the benefits now, and we’re definitely proud of him and the rest of the young players, said Mrs Bharati.

An American author and educator, Dr Stephen Covey once stated, “Parents are handing life’s scripts to their children, scripts that in all likelihood will be acted out for the rest of children’s lives.”

Besides that, recently the state government had awarded cash prizes and certificates to the young lad who won a place to study in an Ivy League university. A Harvard College Alumni from Malaysia, Wan Nadiah Wan Mohd Abdullah Yaakob, in a statement said this was the highest number of students from Malaysia to be admitted to Harvard College in the country’s history.

She added on that the students were selected from 61,220 applicants and that the acceptance rate for the class of 2026 was the lowest in the school’s history, at 3.19 per cent.