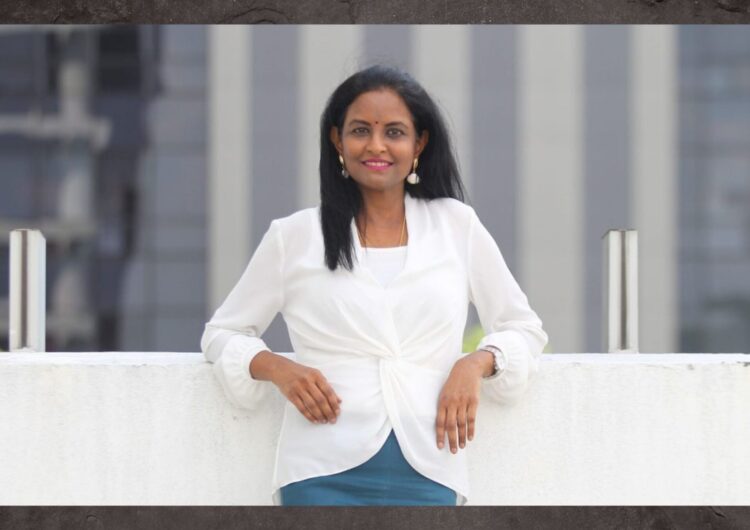 There are only a few who can distinguish themselves in the field of science, particularly Biotechnology. On that note, there is one person we can pinpoint in Malaysia, and that is none other than Dr Mahaletchumy Arujunan. She has achieved some remarkable feats and created a name for herself in this distinctive field.

Dr Mahaletchumy Arujunan was named as one of the World’s 100 Most Influential People in Biotechnology in a report published by Scientific American World View in 2015 following her work in influencing policies, regulations, biotechnology education and public awareness.

In the same year, she made it into the list of Women in Biotechnology Law and Regulation moreover she was the one and only Asian woman to enter the list.

Mahaletchumy has been holding a pivotal role in Malaysian education. She serves as an industry adviser for roughly six institutions and was a member of the Malaysian Qualification Agency’s (MQA) biotechnology standard committee. She also served as a consultant to the Selangor State government in the development of its biotech industry.

On top of that, Mahaletchumy is also the first Malaysian to have academic training in science communication. Even though some scientists carried out scientific communication on an ad hoc basis, Mahaletchumy has turned it into a career.

She has been influential in reversing a fatwa in the Philippines that made a blanket rule suggesting that all genetically-modified organisms (GMOs) are haram. Other than that, Mahaletchumy has been consistently travelling all around the world to encourage politicians to adopt science-based biosafety regulations.

She established The Petri Dish, which is Malaysia’s First Science-Publication.

In addition, she established Asia’s first short course on agribiotechnology, biosafety, and communication in the hopes of providing a cheaper platform for Asian regulators and scientists to learn about issues without having to fly to the Northern hemisphere.

She has become the global coordinator of BioTrust, an international organisation founded by the International Service for the Acquisition of Agri-Biotech (ISAAA), the Executive Director of the Malaysian Biotechnology Information Centre (MABIC), an adjunct professor at Monash University Malaysia, a consultant for the UN Food and Agriculture Organization (FAO) in Sri Lanka, and a member of various advisory panels and committees.

Her effort in making science more comprehensible to the public is a continuing endeavour since she is a visionary in the field of scientific communication. Many organisations have asked her to conduct seminars and speeches both at home and abroad.

I HAVE BUILT A REPUTATION AS A SCIENCE COMMUNICATOR NOT ONLY IN MALAYSIA BUT ALSO INTERNATIONALLY. MY JOB PROVIDED ME WITH IDENTITY, AS WELL AS KNOWLEDGE, EXPOSURE, AND CONFIDENCE. IN MY FIELD, IT HAS PROVIDED ME WITH A SPACE AND RECOGNITION. ALL OF THIS INSPIRE ME TO DO AND LEARN MORE. IT ALSO GAVE ME THE ABILITY TO DEVELOP NEW PROJECTS AND MAKE MY OWN PLANS AND INITIATIVES

Mahaletchumy also uses lecture engagements at schools and community events to promote and encourage women to pursue STEM degrees and jobs. She emphasised the importance of nurturing an interest in the STEM area, which can be done at home, as well as how educators can improve the subject in the classroom.