Dr M. Premikha, who has played an important role during the avalanche of Covid-19 deaths and cases in securing early access to vaccines and therapeutics for Singapore, was awarded with the bond-free Lee Kuan Yew Scholarship to help pursue her postgraduate studies. The 26-year-old young lass has headed to the prestigious Ivy League Johns Hopkins University, United States to begin her one-year master’s programme in public health.

Established in 1991, the Lee Kuan Yew Scholarship was set up to honour the substantial achievements made by Singapore’s founding prime minister, and is awarded to deserving Singaporeans in order to support their postgraduate education.

Dr. Premikha said: “It was so hard to gauge the demand as when I was negotiating, we did not even know if there was a need for a booster vaccine. The team had to keep in mind several uncertainties in the agreements.

“We were like, ‘So what if we don’t need the boosters? What do we do with the stocks? Or what if we need them? Then we won’t have enough.”

The NUS Yong Loo Lin School of Medicine (NUS Medicine) graduate hopes to continue contributing to the local medical research scene, and be a specialist in Obstetrics and Gynaecology department in the near future.

Speaking about her contributions, she has collaborated with the Ministry of Foreign Affairs to bring in vaccinations to neighbouring countries in need and worked with Gavi, the worldwide vaccine alliance, to import vaccines through its Covid-19 Vaccines Global Access (Covax) initiative.

Besides having a major interest in medicine and volunteering, she has a long-standing enthusiasm for her mother tongue, the TAMIL language. After graduating from junior college, she even worked as an intern at the neighbourhood Tamil newspaper, Tamil Murasu, where she produced over 40 pieces over the course of a four-month period.

Premikha served as the 37th Executive Committee Vice President of the NUS Tamil Language Society by managing projects including the Singapore Tamil Youth Conference, which brings together youngsters to talk about leadership, education, the arts and culture, and community service.

You’re such an inspiration Dr Premikha! 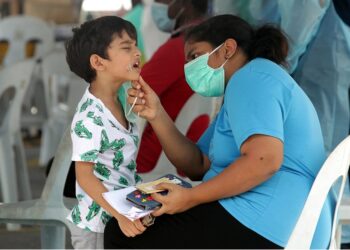 As we all know, the death of several school students made headlines after a female activist took to her social media... 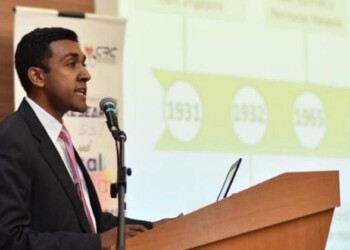 A Sabah-based doctor, Dr. Giri Shan Rajahram, who specialises in infectious diseases, recently received the Oxford-Weidenfeld and Hoffmann Scholarships and...