A solo photography exhibition ‘Of Inertia and Solidarity’ by Malaysian landscape photographer Siva Kumar was held recently to depict the effects of the COVID-19 pandemic on Kuala Lumpur and its inhabitants.

By using aerial photography, Siva Kumar documents the progression of time in KL during the movement control order (MCO), from the first day of MCO through to Mother’s Day, Hari Raya Aidilfitri and beyond.

The images on display at the exhibition portrays the bustling and lively southeast asian city in a perspective never seen before. His photography showcases KL in a true and most revealing sense present in all its beauty while in a state of inertia, void of human activity, when its occupants came together in solidarity to help the country battle and recover from a global health emergency.

“I wanted to document Kuala Lumpur at a state never seen before. The capital city that is usually vibrant and bustling with activities stood still for a few weeks. Places within KL that are usually filled with people commuting to work, filled with tourists, people enjoying KL’s nightlife and roads filled with cars were suddenly empty,” said Siva Kumar.

The tip of skyscrapers.

“Malaysians came together in solidarity by observing the MCO during a global pandemic, even during festive occasions. It is something unprecedented,” he added.

Avenue K Shopping Mall (AK) General Manager, Phang Sze Sze added, “The images that Siva captured were all over social media and they grabbed my attention – they were hauntingly beautiful, depicting the vulnerability of life and humanity of KL at her stoic moments of fragility. Imagine a normally lively city like KL reduced to vacant streets, bereft of people.

Able to shoot lastnight Mkl with jalurgemilang theme together with moon background.

We contacted Siva during the MCO and said we would be most happy to support him for a solo exhibition as it is in line with AK’s position as an urban hub where life and creativity are celebrated – we are so excited this day has come as his photography should be enjoyed by all,” Phang added.

The exhibition was held recently on 17th September at Avenue K Shopping Mall (AK). This is the first solo photography exhibition for the Malaysian born photographer.

The exhibition kicked-off at the  Ground Floor of ATRIUM, aVENUE k on 15th September and will end on 30th September.

You only have a day left to catch Siva Kumar’s extraordinaire’ exhibition! Don’t miss out. 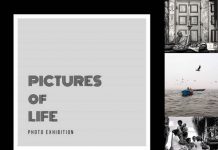