Mammikka, An Elderly Wage Labourer Model Is Taking The World By Storm

Look at how hot he is! 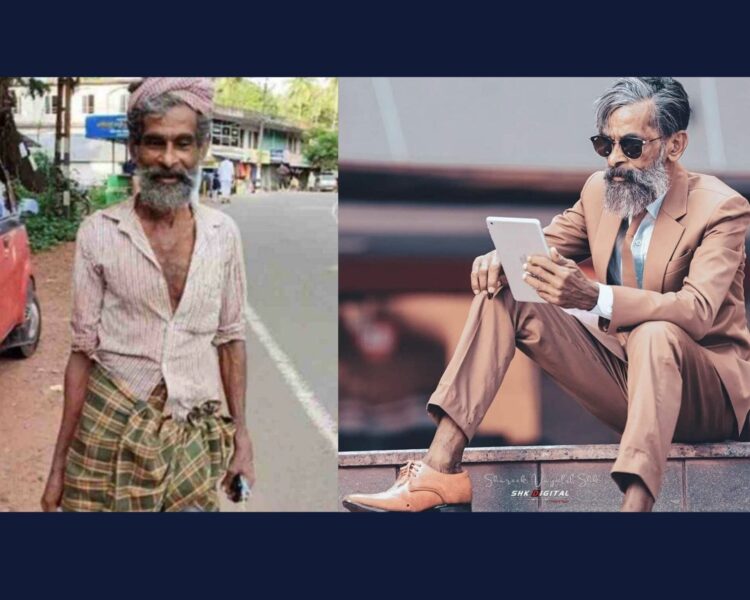 “Age is an issue of mind over matter. If you don’t mind, it doesn’t matter.”

With that saying, a 60-year-old daily wage labourer from Kerala’s Kozhikode district took the internet by storm with his recent makeover and photoshoot. While some of us fret about becoming old, this man is surely striving to stay active, healthy, and mentally sharp.

Tall and toned, Mammikka strutted down in a cool outfit by posing with an iPad in his hand for the shoot. It all started when photographer Shareek Vayalil spotted the elderly man and, due to his resemblance to actor Vinayakan, posted his photo on Facebook.

Check out the full transformation video shared by the photographer who spotted him on Instagram.

Trust me guys, you’ll be amazed!

Describing the event to the online news website The Indian Express, Vayalil, the man behind the viral shoot, said, “People from all over the world, including foreign countries, contacted me after seeing the video and complimented me. Mammikka’s large circle of friends gave us excellent comments. The video went viral far beyond my wildest dreams”.

He is definitely a dapper man!

Shareek who owns a wedding suit company, felt this elderly man was the perfect model for him to do a photoshoot on. Clearly, he didn’t expect positive feedback and a round of applause from netizens worldwide.

Despite the fact that Mammikka does not speak any other languages besides Malayalam, the daily wage worker expressed his pleasure and stated that he would continue modelling along with his usual profession. Well, I would say that this man is really young at heart!