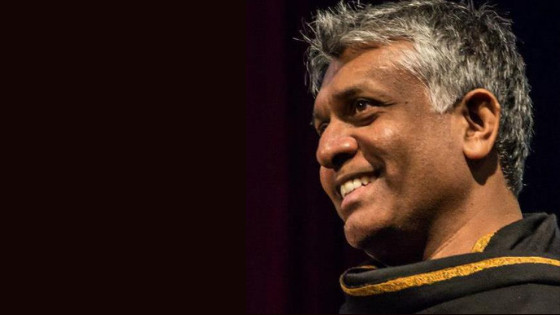 In conjunction with the 16th BOH Cameronian Arts Awards, Prof Dr Joseph Gonzales has been named one of the two GAME CHANGERS, in recognition of his illustrious career in dance that spans over 40 years and the change he has brought forth with his perseverance and passion. Currently, Prof Dr Joseph is the Head of Academis and Contextual Studies/MFA Dance at the Hong Kong Academy of Performing Arts and the Founder and Artistic Director of ASK Dance Company in Malaysia. 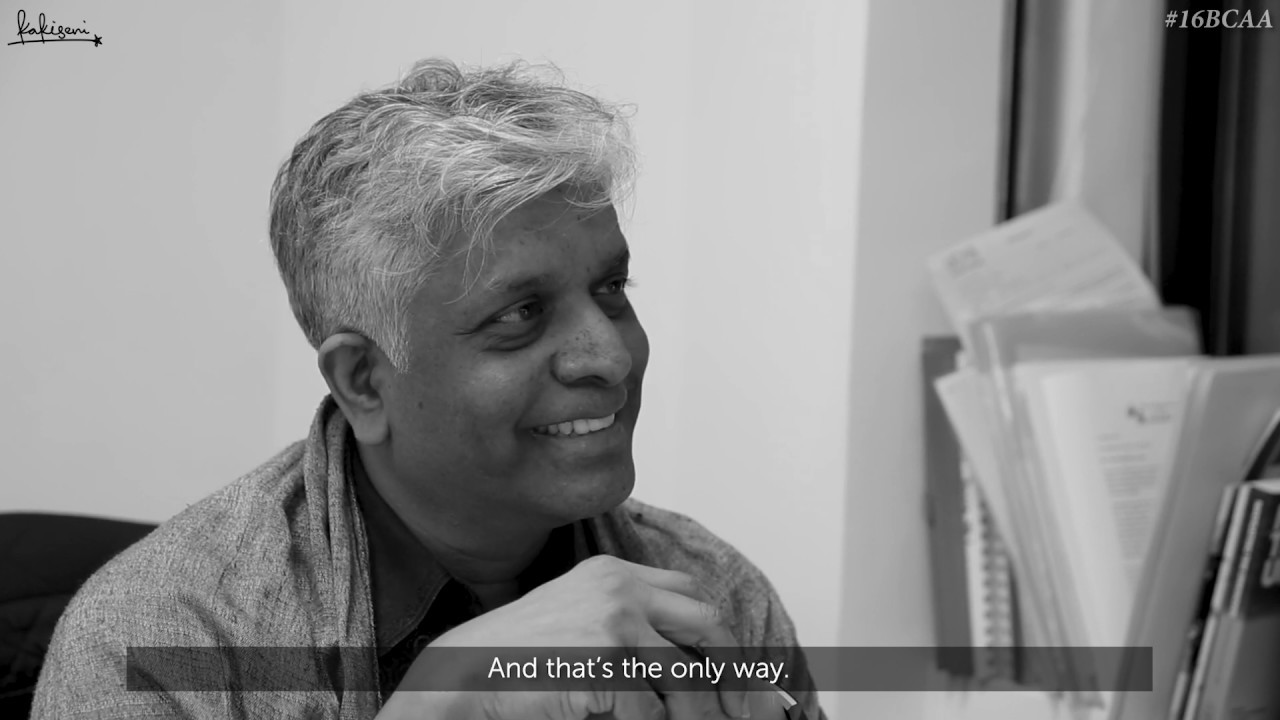 He was a lecturer at the Faculty of Dance at ASWARA (National Academy of Arts, Culture and Heritage) Malaysia since 1994 and served as its Dean of Dance from 1999-2015, with a professional performing career of 30 years 3 across genres from Kuala Lumpur to Los Angeles. He has worked with Federal Academy of Ballet, Kuala Lumpur Dance Theatre, St. Moritz Gold Band and the UK National Tour and West End production of The King and I.

Prof Dr Joseph holds a PhD in Dance Studies and Bachelor of Science in Mathematics from the University of Malaya, Masters of Arts (Professional Practice – Choreography) from Middlesex University, Diplomas in Ballet, Modern Dance and Performing Arts, Advanced National Dance from the Royal Academy of Dance, Imperial Society of Teachers of Dance, and London Studio Centre. He is Co-President of the Asian Dance Committee, Seoul, South Korea, Vice-President South East Asia World Dance Alliance, and has served as adjudicator for the Singapore Youth Festival since 2008, and Sprouts, a young choreographers’ platform in Singapore.

In between plane itineraries and packed schedules, Prof Dr Joseph was kind enough to allocate an hour to have a chat with me over a phone call. What started as an interview call swiftly morphed into a highly engaging conversation and convergence of opinions and views on the performing arts scene. The way Prof Dr Joseph articulated his thoughts was almost hypnotic, with his careful choice of words and meticulous way of enunciating and emoting his ideas. I hardly felt the clock tick away and was transported into a realm of movement and dance; passion and possibilities.

Here is what Prof Dr Joseph has to say about his journey through dance, drive for greatness and how he intends to change the game of performing arts as THE GAME CHANGER.

Shangkharee (S): Let’s take a stroll down memory lane. What are your earliest memories of dance and art?

I must say it was my father and his animated moves to music from the 60s and 70s. Honestly, like any other child, I was so embarrassed every time my father broke out into a dance in our living room. Looking back now, I believe he was doing a dance that was a cross between the Ronggeng and the Joget and he always had good music to jive to like P Ramlee, Cliff Richard, Elwis Presley, The Beetles etc. My parents were first generation immigrants to the plains of Malaya from Kerala. As the sole bread winner, I saw my father working extremely hard to feed his family in both Malaysia and India. I guess dance and music was his form of escapism from the long hours he put in at work.

I also remember being so mesmerised by the 1965 Malayalam film Chemmeen, which is based on a novel by Thakazhi Sivasankara Pillai. My parents used to watch that movie a lot because it reminded them of their homeland; a small fishing village, the sea breeze and bustling locals. I saw how art had the ability to transport you to different times, spaces and civilisations. That really drew me in closer to the world of art and all the magic that comes with it.

When I was admitted to the La Salle school in Petaling Jaya, I had the opportunity to participate in plays and one of my first plays in Six Form had a 3-minute sequence of the Tango. The girls from my class taught me the sequence and I must say we put up quite a good show. And that was just the beginning of my journey in dance.

S: In a previous interview with Kakiseni, you mentioned that you were very lucky to have gone to a school that encouraged its students to learn different forms of art outside of curriculum. Do you think that varied forms art should be taught in schools in the present day?

DrJ: Definitely. I have been going to La Salle, Petaling Jaya, since I was 10 years old and the school, syllabus and educators have played a vital role in developing my personality and, later on, my career in performing arts. When I was in school, my teachers were absolutely dedicated to transforming the lives of each of their students and bringing out the best potential in all of us. I don’t know if I see the same level of dedication amongst educators these days. We were equipped with education and learnings that contributed to the wholesome and holistic development of a child while always encouraging us to be inquisitive. Art played a big role in doing just that.

In an ever-changing, fast-paced wave of digitalisation, it is ABSOLUTELY necessary for art to be taught now in schools in the modern day. There is just too much distractions around us that I believe children are not even allowed an avenue to fully express themselves. Now, more than ever, art is crucial to hold a space for young children to express and unleash their personalities.

S: Speaking of morphing times and tides, the wave of change has also seen a lot of cross-breeding of art forms, intricately interlacing traditional and modern pieces of artwork and blurring the generational divide. Are you a fan of a cross-bred, evolving pieces of art or do you think that some things are best left in its truest forms?

I think there is a balance and fine line to these polar opposites. I choose not to fight change and evolution, in fact, I welcome it. Even Bharatnatyam as we see it now, has been through its own changes. When the British colonised India, Bharatanatyam and other forms of art were prohibited from being performed for fear of sparking a revolution against the British rule. When India finally gained independence, a lot of the art form was dissolved, only leaving traces of it that were still fresh in the minds of Bharatanatyam practitioners. Then, a whole new art form was formed and it has become Bharatanatyam as we know it now. A similar situation took place in Cambodia during The Khmer Rouge between 1975 and 1979, where artists were brutality murdered to ensure that art will not survive. But, it did.

Art and culture are the very identity and definition of a nation and population. Mixing Zapin with HipHop or Odissi with Popping is an inevitable cross-breeding that also helps to bridge the generational gap in arts. While I openly welcome that, I also strongly advocate education of origins and roots of an art form.  When we start mixing the new with the old without learning the original art in-depth, then, I believe we are doing grave injustice to the art. With time, this may even have detrimental impact on our identity. As art is diluted, culture fades.

S: One of the biggest challenges that artist in present day face is the struggles of career stability, assured sustenance and a sustaining career. How did you manage to acquire all three of the above in your career of 40 years?

DrJ: I caught up with some of my friends from the industry who started around the same time as I did and all we could say was, “What were we thinking back then to pursue the arts? It was ridiculous”.

These challenges happens across the globe. It was worse for me because I come from a conventional family who didn’t understand how art will out food on the table. I had to break traditions, disappoint some of my family members and be willing to take a risk on the arts and myself, to get to where I am now. In times of doubt, I’d always ask myself, “What is the worst thing that could happen to me?”, and the answer in response to that was not something I could not overcome.

In case all ends fail or I am unable to pay the bills, I was willing to do anything. If I had to wait tables, I would have, as long as I was given an opportunity to continue performing. I was addicted to the exhilaration, anxiety, fear, excitement, happiness and contentment that you felt right before stepping out on stage to an eager crowd that is waiting for me to perform and I was willing to do anything it takes to keep experiencing that. And the way to sustain a career in the arts is constantly evolving, learning and growing.

Art takes a lot of devotion, time, self-reflection and constant education. You need to be well equipped and be the master of your trade. Only then, you will see a lasting and flourishing career. Just look at Datuk Ramli Ibrahim dancing away with such ease in his 60s or even Andrew Pan who is still dancing in London under the prestigious Akram Khan Company in the 5th decade of his life. I decided to start my PhD in Dance Studies from the University of Malaya when I was in my forties.

It is ALL possible, you just need to do the work. My motto in life is, “Follow your dreams and be willing to fight to make your dreams come true. It is either you are going to succeed or die trying”.

S: That is so inspiring. You have been chosen as one of the two GAME CHANGERS in conjunction with the 16th BOH Cameronian Arts Awards. As The GAME CHANGER, what are the changes and impact that you are hoping to create in the Malaysian performing arts scene?

DrJ: What I wish to impact is to elevate the Malaysian performing arts scene to the next level. It is time for better professionalism and greater standards. We have an immense pool of talent that are tirelessly churning out valuable work all year round, but what good is that when we have not developed our Malaysian audience to appreciate such great bodies of work. I wish to impart art education and appreciation among Malaysians and build an eager and inquisitive audience to allow successful staging of plays, performances and exhibitions.

I hope to create avenues where artist can practice their art form on a full-time basis, where they are provided with good salaries and benefits like any other occupation would. I’m also looking forward to rope in the government and private entities to be more involved in the performing arts scenes and its longevity.

Congratulations Prof Dr Joseph Gonzales on your illustrious career and appointment as THE GAME CHANGER for the 16th BOH Cameronian Arts Awards. We are looking forward to your impact in the performing arts scene.