Everyone loves a good Tamil film villain. But there are a few who rise above the eeriness of the revenge fueled politician. We are talking about the blood-curdling antihero, those who stay with us long after we’ve left the cinema. There are but a handful of villains who meet this criteria, here is our list.

One of the greatest villains a Rajinikanth has ever faced is Ramya Krishnan‘s Neelambari.  Her nefarious nature doesn’t surface until she finds out that Padayappa isn’t in love with her, and her father dies of shame. In the second half of the film, after she purportedly spent 18 years watching Padayappa’s wedding video in a dark room, she takes revenge on him by way of his daughter. And boy, is she cruel. Neelambari is so strong willed, that she doesn’t even let anyone else kill her, and takes her own life in the end. *shivers*

Amudhan & Illamaran were doctors. But they had a dark side. Amudhan enjoyed sexually assaulting women, while Illamaran had a penchant for killing. It may be have been the way the two raped and murdered Rani, or how Amudhan described the killings, or even how bodies of their other victims were found, these two villains gave us the creeps.

Daniel Balaji‘s portrayal of Amudhan set his career in motion, and he then worked on numerous projects and has since become a household name until today. Salim Baig played Illamaran. 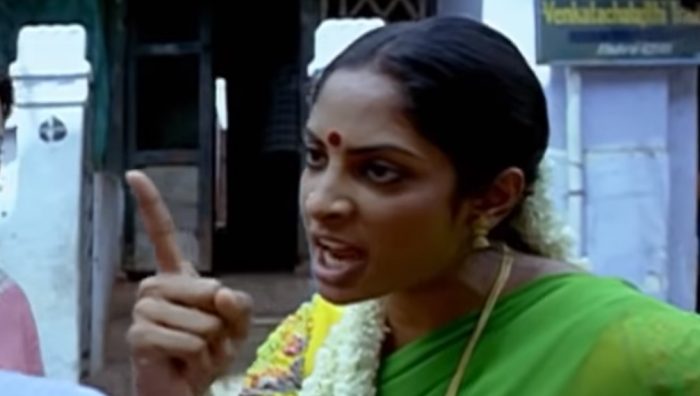 Played by Shriya Reddy, Eswari is a Madurai based gangster who isn’t afraid of anyone, not because of her influential family, but because everyone knows she means business. She humiliates, beats and slaps anyone who comes in her path, and even suggests a young mother solicit to settle her debts. A truly sinister character, Eswari meets her demise as she is about to kill the protagonist of the film.

An interesting note: Both Neelambari and Eswari are villified for being arrogant. And in both Padaiyappa and Thimiru, the lead actors tell these women, “First start behaving like a woman,” repeatedly, because of their arrogance. Two questions arise from this. Firstly, how in the world would a man know how to behave like a woman? And secondly, what does behave like a woman mean? Last we checked, arrogance is a human trait that cannot be associated with any gender. 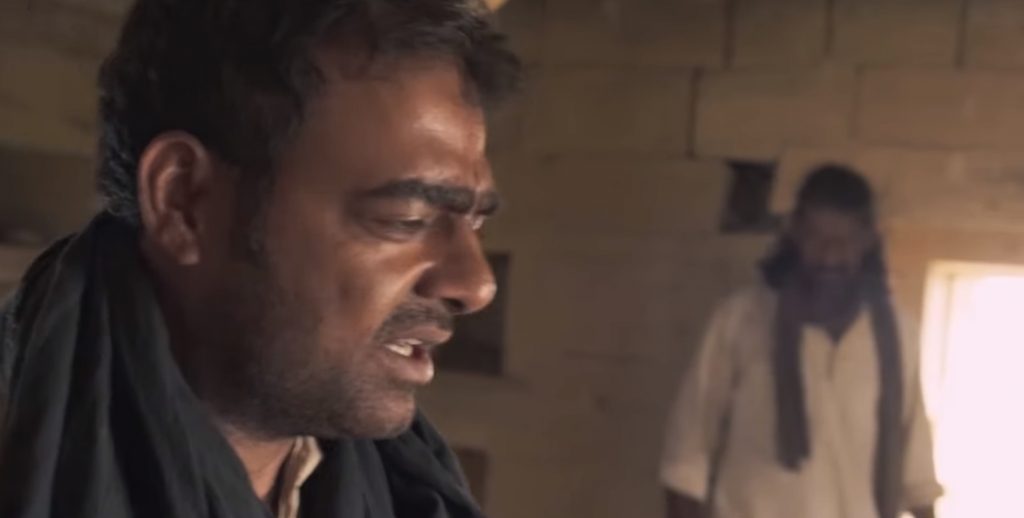 It was one thing to watch this group of men who were viciously killing and robbing homes. To hear the later explanation how the gang members hail from a tribe that doesn’t perceive taking a life as wrong, was chilling. Led by Oma, played by Abhimanyu Singh, the group of armed bandits are one of the scariest villains in recent Tamil film history.

Siddarth Abhimanyu was Aravind Swami‘s big return to Tamil films, as a villain. Sure, at a glance he comes off as your usual baddie, killing someone who wants to make medicine available for the poor, for his own financial gain. But Siddarth Abhimanyu is more than that. From planting a bug into someone’s body so you can eavesdrop on all their conversations up to trying to kill his own father to avoid being arrested, he does a lot to make us despise him. The creepiest thing about this character is the stuff of nightmares – his voice. 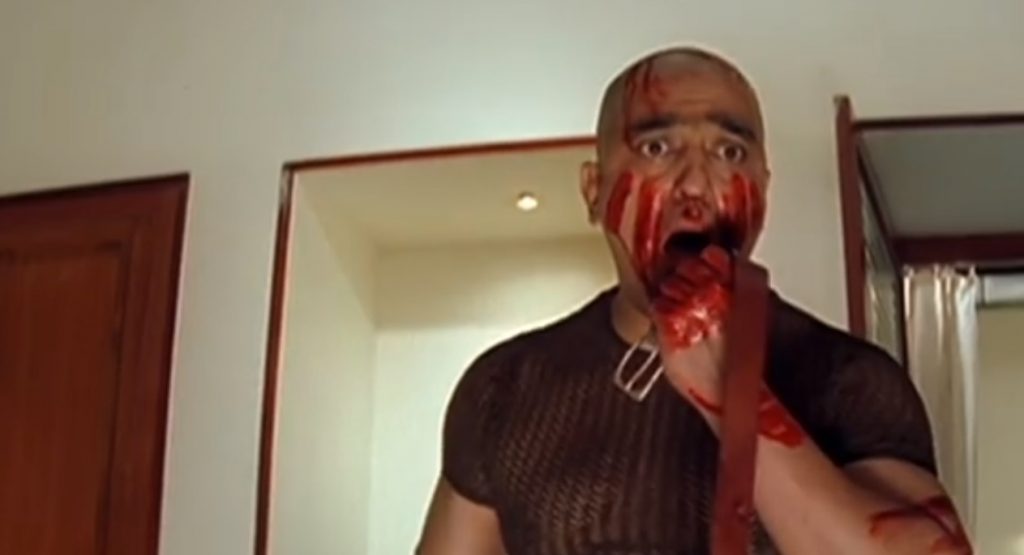 Nandu was the evil twin who wasn’t exactly evil, he was schizophrenic and he was abused as a child. So can we really call him a villain? In the context of the movie, we suppose he is, solely because he makes it his life’s aim to murder his twin brother’s wife, who reminds him of his abusive stepmother. Alas, Nandu is a villain we cannot hate, simply because he is ill. And he had some astounding Tamil poems in his arsenal of weapons. Nandu  is certainly one of Kamal Hassan‘s more unforgettable characters.

Arun Vijay is an actor who has been in the industry a while. Sadly, his movies don’t seem to do well, in spite of his father being a veteran actor. That ended the moment Yennai Arindhaal was released. Arun found his calling in the villainous. His character Victor is a performance that put him ahead of all the other villains of the time. Victor was double crossed while he was in prison, and thinking that the protagonist was his friend, he sets out to take revenge. He also runs an illegal organ harvesting business on the side. With his hair constantly dripping in oil, Arun Vijay nails the character of Victor, and embodies his malevolence. Nicely done.

Visaranai is undoubtedly one of the most disturbing Tamil films released in the last decade. It is the tale of four Tamil labourers who are making a living in Andhra Pradesh, caught by the police, and then beaten and tortured and forced to admit to a crime they did not commit. The film is a no holds barred portrayal of Indian police brutality and the corruption that runs deep – the need to close a high profile case, at any cost. The police officers show no mercy, and at one point, feed the four a hearty meal before beating and torturing them immediately after. 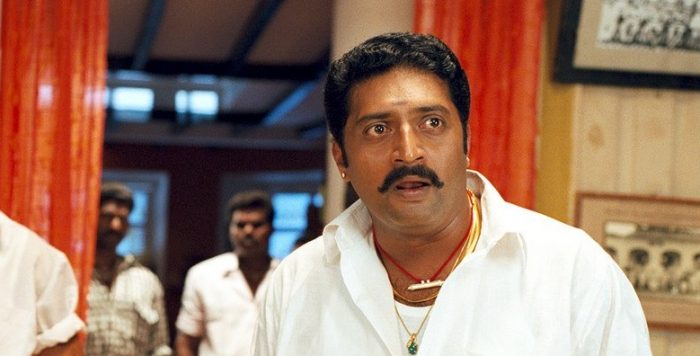 Prakash Raj plays Muthupandi, a ruthless factionalist leader who would do anything to marry Dhanalakshmi, so much so that he kills Dhanalakshmi’s brothers. As the protagonist ‘rescues’ Dhanalakshmi, Muthupandi stops at nothing to search for her. What was scary is how far into the system his connections were, and how quickly he found her. He also didn’t die after being beaten up by the protagonist. He regains consciousness a few moments later but dies in a freak accident.

Equally creepy was his signature line, “Chello, I love you chello!” As if saying that will make Dhanalakshmi run towards him and live happily every after. Didn’t he know that he isn’t the hero?

Just writing about this character gives us goosebumps. Sathyaraj perfects the role of a homeless chap who slowly rises up the rungs of society, only to turn into a corrupt politician. Ammavasai’s lecherous ways make us nauseous, culminating with him drugging his beau and then raping her. He changes his name to Nagaraja Cholan, and as he enters the world of politics, his evil ways reach new heights. A sequel to the film was made, but received a lukewarm response. Perhaps it’s because there was no Ammavasai, only Nagaraja Cholan. 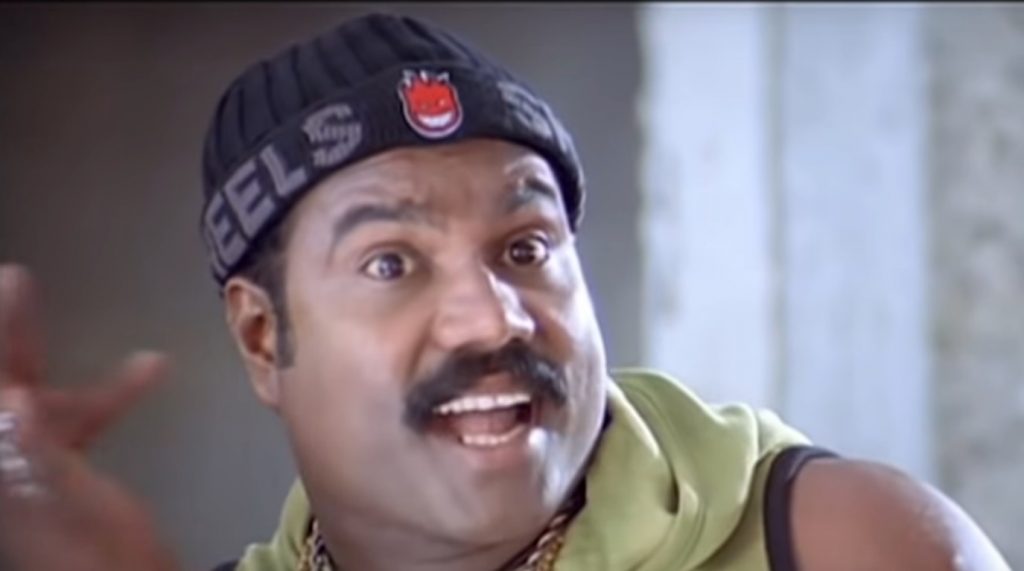 The late Kalabhavan Mani‘s Teja launched his career in the Tamil film industry. Always mimicking animals to prove a point, Teja is a villain who’s menacing. He’s also pretty awesome at times, because of his well scripted lines, and close to perfect imitation of animals movements, weaved into his dialogue. A very talented actor, gone too soon. 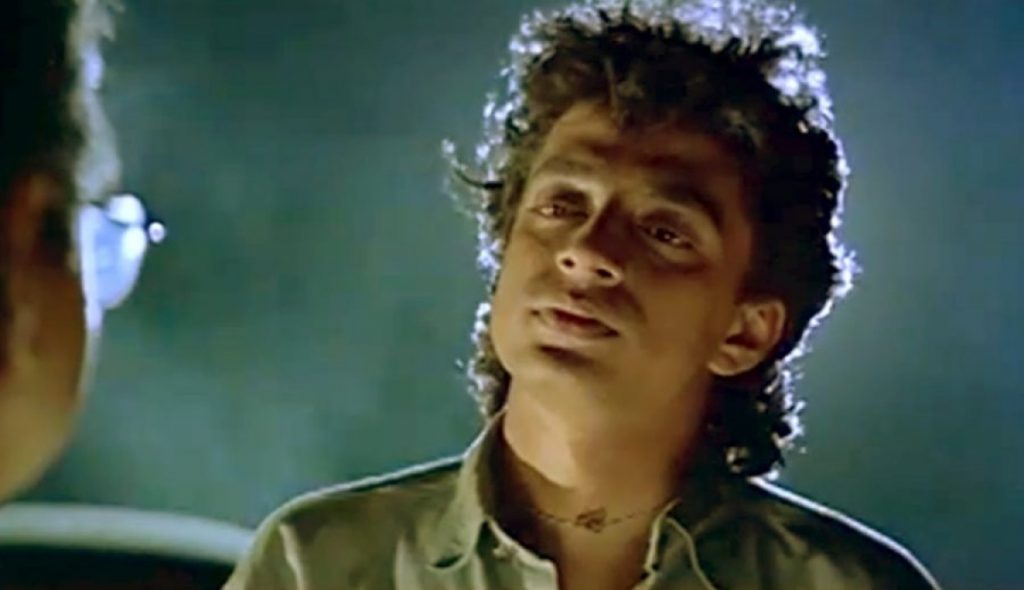 Arguably Tamil cinema’s favourite villain, Raghuvaran exceeded expectations on every role he carried out, even if they were simple character roles. He is one of the few actors who make a worthy adversary of Rajinikanth’s, often stealing the thunder from the Superstar himself. In Baasha, he does just that. The Mark Anthony that escaped jail and came to Madras to hunt Baasha down is probably on the same level of scary as Baasha himself. Raghuvaran’s chemistry with Rajinikanth is something that no other actor will be able to recreate, and no other villain will make our skin crawl as much as he did.

Who are the Tamil film villains that scared the living daylights out of you?