“Penang, let me hear you scream!” shouts Sid Sriram, and the 4000-strong audience releases a deafening roar that reverberated through the streets of Bayan Lepas.

Woodmark Events‘ latest concert, Sid Sriram Live in Penang was held over the weekend at Setia Spice Convention Centre. This is the first time in recent history that a Tamil concert of this scale was being held on the island, and the northerners were thrilled. All tickets to the event were sold out in November, less than two months from the day sales opened. 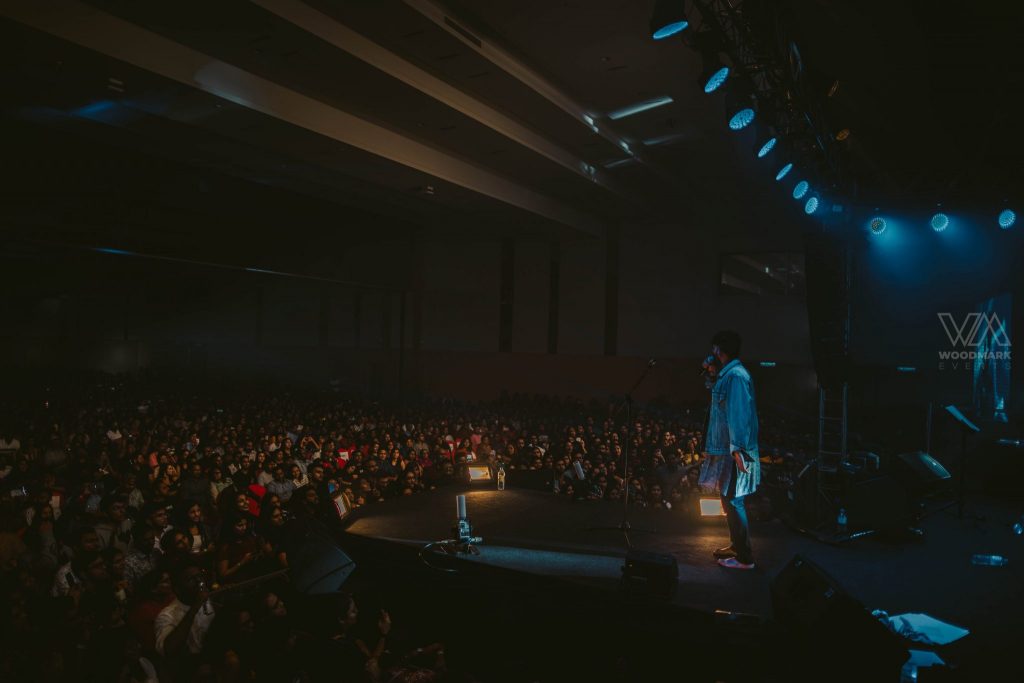 That was probably all the motivation the organisers needed. From the start, Woodmark Events have been on the ball with the minute details of the event. Stylomannavan was  their social media representative. He was terribly efficient with posting Insta-stories and answering the many questions from the attendees, even up to the location of the restrooms! He was also the emcee of the night, along with Shangkharee.

Setia Spice Convention Centre was easily accessible, with a convenient drop off point and FREE parking. The clear signage made it easy for attendees to swap their e-tickets for wristbands, which was on the whole, a seamless process.

The concert space itself was impressive, with rows and rows of covered banquet chairs, and a stage with the backdrop of three LED screens. There were two large LED screens were on either side of the stage, and four screens graced the walls of the hall on either side with ads from the sponsors displayed. Thankfully, these were turned off when the concert began.

And then we noticed the mosh pit, the ‘Grand Stand’ as termed by the organisers. This was the standing crowd who were closest to the stage, and they were packed like a can of sardines! Nevertheless, the grand-standers persevered, and it was obvious they had youth on their side, to stand throughout the five hour concert.

The ‘Grand Stand’ was the standing crowd closest to the stage, and it WAS packed like a can of sardines throughout the five hour concert!

The show began 20 minutes past the time advertised, a minor misgiving. The opening acts comprised of our Malaysian boys. Keyboardist Kirubarasan began the show with the resounding music of Muthu’s zamindar theme. Taking centre stage was Kabbil Raaj, the veena player best known for playing the instrument slung over his shoulder and Santesh on his keytar.

Who leaps out next but singer Abimanyu. Anyone who has seen this chap perform knows that he is bursting with energy (it may have also been the multiple swigs from the Red Bull can he had on stage). He went on to sing catchy classics like Mukaala, Hello Doctor, Mandram Vantha and even June Pona, all replete with his signature singing ad-libs. This went on for more than half an hour, after which Abimanyu was joined on stage by Sheezay, Rabbit Mac and the Havoc Brothers.

It gave us chills to see the entire audience sing along to Malaysian Tamil songs, knowing all the words by heart. it’s a good time for malaysian music.

It gave us goosebumps to see the entire audience sing along to local Tamil songs, knowing all the words by heart. Nalla Pattu and Vai-lapalam were crowd favourites, and so was Havoc Brothers’ Kaarat. In addition to Amalina, Santesh even sang Daler Mehndi’s Tunak Tunak Tun. The group ended with Darkkey’s Akkamage, before giving us a treat with Chumma Kizhi.

The PU4LYF team did really well on stage. However, their set was a little lengthier than expected. Restlessness among the audience was building at a steady pace, as their performance ended. There also appeared to be a technical problem that required a stage-hand to climb up the scaffolding on the stage. A welcome distraction, but not for long.

The wait for Sid to emerge was too long. Phones were up on Insta-story mode a few times, only to be bitterly deleted. “Better conserve your battery for now, guys,” Stylo announced. There was a pointless countdown that led to more waiting in pitch darkness. Sid Sriram Live in Penang was supposed to begin at 7 pm, but there was no sign of Sid up until almost two hours later.

The stage was shrouded in red when we hear our hero sing those words that first captivated us, “Manasa thoranthaayae nee,” Sid appears, amidst the crimson smoke, with strobes of purple light illuminating him, as Leon James created magic on the keyboard. 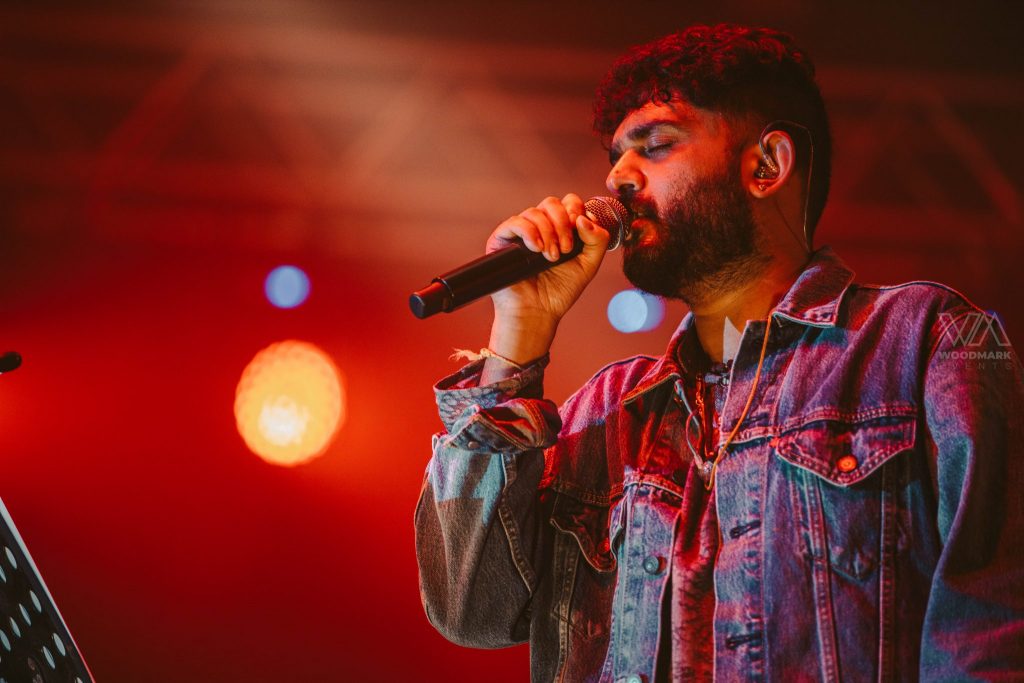 Sid and his band performed all our favourites, and then some. Tunes like Mei Nigara, Visiri, En Ennai Pirinthaal and Maruvaarthai were executed perfectly. Love was certainly in the air during his rendition of Tharame Tharame and Ennadi Maayavi Nee, despite a fallen lyric stand. Ennai Maatrum Kaadhale was phenomenal thanks to his insane energy levels, and there was no Red Bull can in sight.

At the climax of a song, Sid appears to go into an out of body state that almost resembles a melodic seizure as he holds a note and bounces on stage. This works really well, as we, his fans, go through a similar state internally, in our seats. 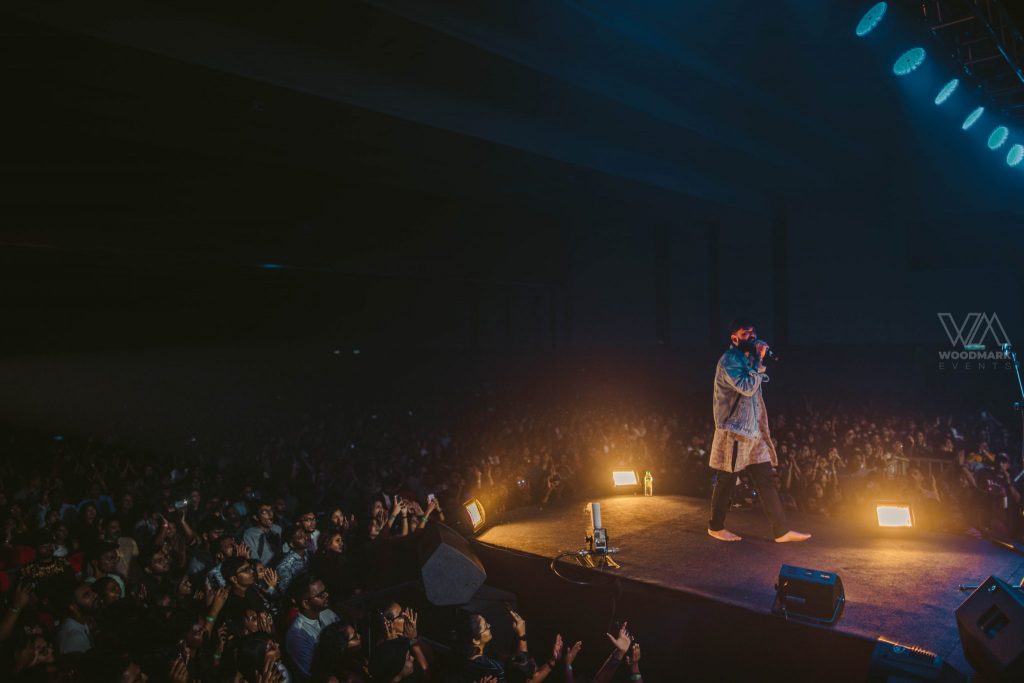 His rendition of Kannu Thangom and En Uyir Kaatre were sublime. Never in our wildest dreams did we imagine we would watch Sid Sriram sing his own Tamil film composition, live.

Sid didn’t just stick to his songs. He performed Tamil classics such as Pudhu Vellai Malai, Kanne Kalaimaane, Thenpaandi Cheemaiyile and even Uyire Uyire, which had all the flashlights swaying with him. This was thoroughly enjoyable, particularly for the older generation in the crowd.

Interestingly, Sid engaged well with the audience. During the brief interlude between songs, he’d give us the low-down of the next song and what it meant to him. He shared how Kobe Bryant’s death shattered him, the pain of losing a loved one and even his views on God and religion. It was as if we were getting to know who he is under all those layers.

The amount of talent on the stage that night was a sight to behold. Kanjira player Shree Sundarkumar blew us away with his skills on the instrument, even going into a kuthu beat at one point. During his solo, music director Leon James made sweet love to the keyboard, resulting in multiple ear-gasms. Sid’s set had two drummers, Ramkumar Kanakarajan and Tapass Naresh. Ramkumar also handled the electric drums. Yes, Sid definitely NEEDED both drummers, and they were nothing short of perfect. Keba Jeremiah was in the front line, manning the bass while Sanjeev Thomas was on the electric guitar with an interesting (and culturally appropriated) headgear. TL, DR: The band was out of this world that night.

The lighting at the event was extraordinary. Background visuals were good, except for the songs Jiya Jale and Maacho, when the visuals were simply remarkable. Muren Chandran of Pixelhood Malaysia personally worked on these. Our only dissatisfaction was that these visuals weren’t there for every song. 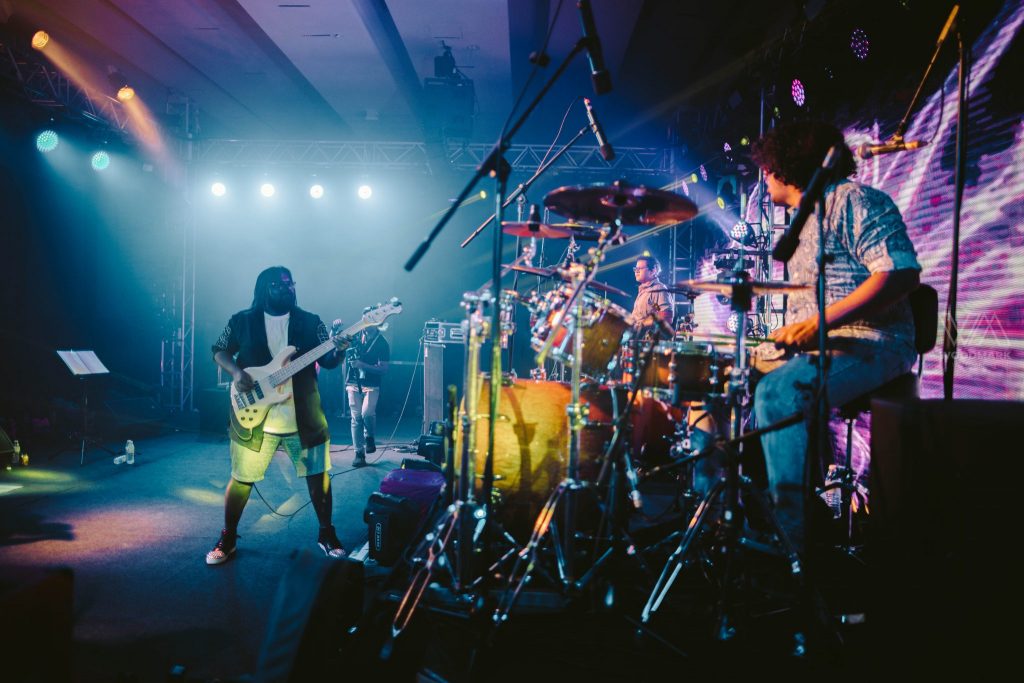 At times, the live streaming that was playing on the screen focused on the wrong musician. However, the many times that they did get this right, the camera work was excellent. At one point, kanjira player Sundarkumar was in the foreground while Keba was strumming the bass behind him and Sid was jumping to the tune in the background.

The entire concert was also notably a boys club. There was not one female performer on stage the entire night. No, the host doesn’t count. Gender diversity doesn’t seem like a tall order, does it?

The song selection during the last 30 minutes (and the entire set, to be fair) was simply brilliant. “Aaraariraaroo raaroo..” he began, as we surrendered our hearts to this magician standing in front of us. He then sang Poova Thalaya, followed by everyone’s favourite Maruvaarthai. At this point, we were high on Sid, and we sang along to the final song, Ennodu Nee Irunthal with Sid Sriram in mind. Sid thanked the audience and left the stage along with his band. And then something spectacular happens. People begin leaving, but a group starts chanting, “WE WANT MORE! WE WANT MORE!” The chant grew, and lo and behold, Sid and his band come out for one last song!

There is not a soul in the audience who will forget this rendition of Ennai Maatrum Kaadhale that night. We will never be able to listen to the song on Spotify without getting goosebumps about this performance. A very well executed finisher. 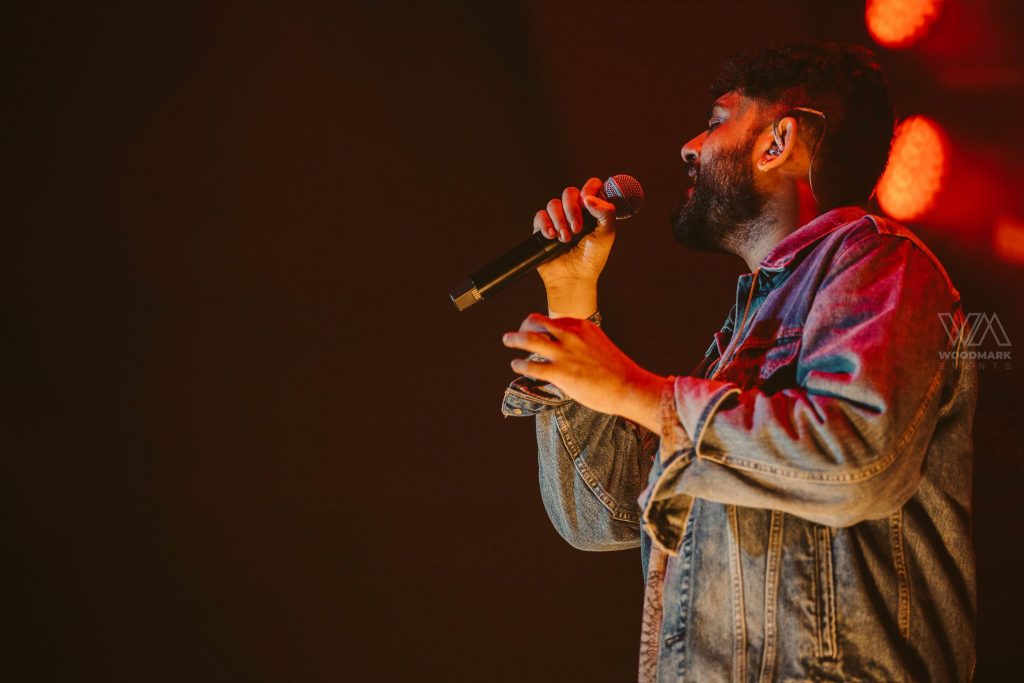 We basically had three full hours of Sid and his band. Yes, read that again. They took no breaks, and maintained that incredible energy throughout their performance.

Sid Sriram Live in Penang was exceptional on the whole, with a few minor flaws. There is now a new market for Tamil concerts in Penang, and we cannot wait to see what lies ahead for the island.

Also, this concert speaks volumes about the young company that organised it, Woodmark Events. With two sold out concerts in two cities within the span of a year, they have proven themselves to be a formidable player in the league of growing concert organisers. Well done, guys. 2020 is going to be a bloody good year for Tamil concerts if the rest take the cue from Sid Sriram Live in Penang.

All images are credits of Barathan Amuthan.