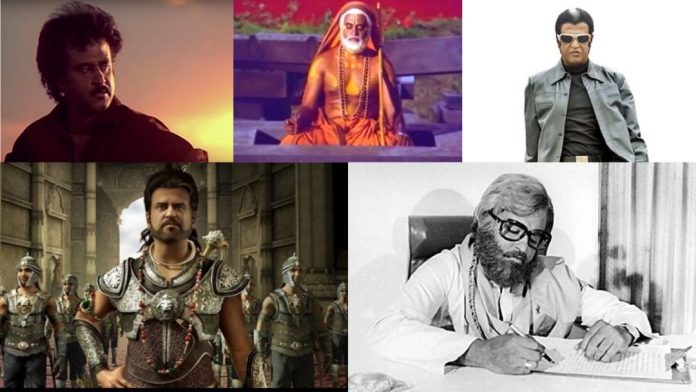 Rajini the ‘Superstar’ is a hero in real life, not just in his films. The overwhelming number of followers he has amassed around the globe is not just purely for his natural talent and capabilities as an actor but for his humbling personality and charismatic character in real life. 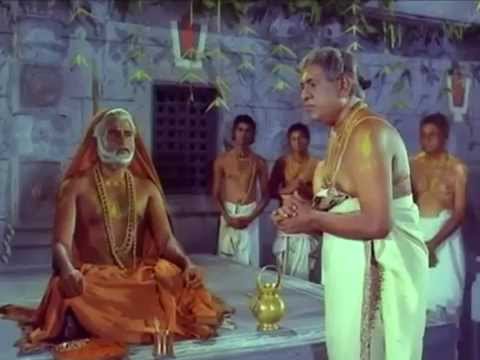 This film is really interesting because it’s Rajini’s 100th film and it deals with the life of Sri Raghavendra Swami. Honestly, the life lessons in this film is beyond any measure and priceless. With that being said, let us reflect on the final message from the movie:

‘Have fidelity to the Lord. This devotion must never be a blind belief system; embracing the superiority of the Lord is real devotion wholeheartedly. Blind faith is not godlessness; but insanity’

In this movie, his sacrificial role for his siblings was so saddening. This movie is merely conveyed using his acting and dialogues as it was filmed with a small budget. Santhanam who struggles since the age of six dies at 60 after becoming a successful novelist. His siblings, who left him in poverty have returned to him upon learning of his fame. He’s someone who embraces things as they are, come what may. There is a dialogue that summarises one of the lessons of this film:

“Going through hardships, gaining experiences, dealing with the circumstances I have been forced to bend against, having undergone all those; both bliss and pain feels the same.”

This movie shows how struggles and obstacles shapes an individual to become a wise one.

This movie is also considered to be a play of the famous epic Mahabaratha which Surya depicts the role of Karna. Karnan is someone who is very loyal to Duryodhana and their friendship is highlighted in many places in the epic. Similarly, Devaraj who makes Surya as his ‘Thalapathy’ is also portrayed very beautifully in this movie. Even after knowing the truth about his birth, Surya will still remain very loyal till Devaraj’s last breath. He affectionately displays his love to those around him and is equally generous towards the ones he cares about.

His generosity and loyalty is the biggest lesson we can learn from ‘Thalapathy’.

Chitti who becomes an emotional villain is a major threat to the city which is the whole plot of the narrative. But the moral of the story is from the last scene of the film, when Chitti dismantles himself.

He says that today people are brimming with anger, frustration, envy, vengeance and several others, close to the ‘red chip,’ that was inserted into his system by Prof. Bhora.

This illustrates how such ‘feelings’ can make things catastrophic. It still seems true, even though it was an exaggeration.

This film turned out to be Rajini’s daughter’s first computer animated Tamil movie, but the movie received many criticism. The plot involves some life lessons despite the movie being mediocre. One track from the movie, ‘Maattram Ondrudhaan’ depicts some life lessons by Kochadaiyaan, they are:

The roles that Superstar Rajnikanth has played are not only for the sake of the plot, but he is also a spiritual and a very decent individual in real life. And the role he plays is one of the finest ways to relay this beautiful message. To better know the lessons listed, I encourage you to watch the movies compiled by Varnam, if you haven’t.

Even if some of the above-mentioned films did not reach the benchmark for blockbusters, these messages in the film are still wonderful lessons to Cherish Upon.