Astro pays tribute to local shows and talents in honour of the New Year for various Indian communities and proudly presents the premieres of six local shows as well as international shows such as Thalaivi Special, Karnan Special, and many others.

A concert directed by Dev Rajah, bringing together legendary local artists such as Darkkey, OG Dass, Mista G, Lockup Nathan, Lockup Xavier, Alinda and more, as they join forces to present a spectacular line-up of power-packed performances. This New Year special will be hosted by ‘Punnagai Poo’ Gheeta & Jaya Rajendran. 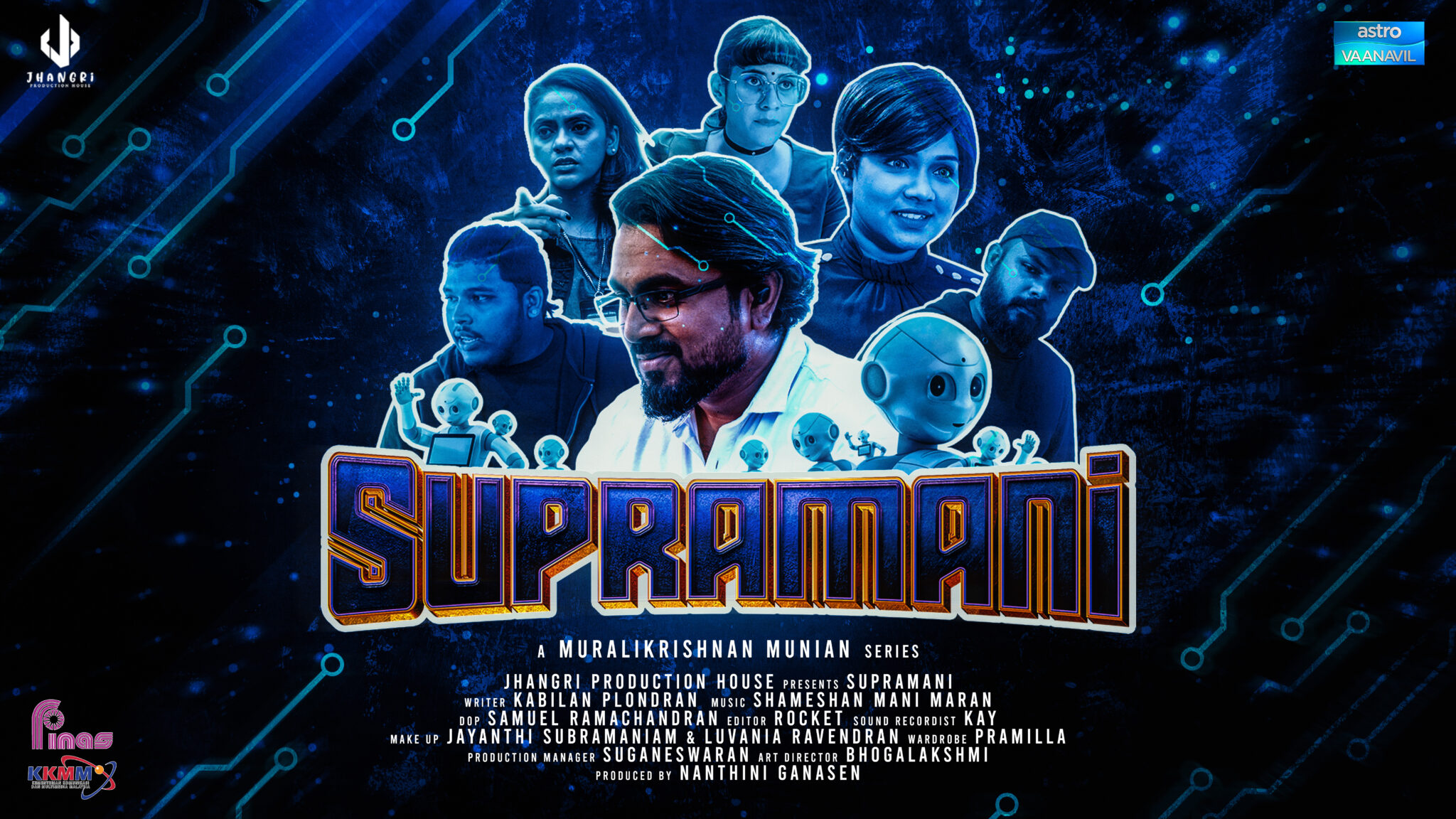 It is a Tamil series featuring a robot, directed by local filmmaker, Muralikrishnan Munian and starring Magendran Raman, Tashayini, Kabilan and Hemaji. An engineer with dementia races against time to encode the memory he saved into his home-assistant robot to solve the mystery of his missing colleagues. 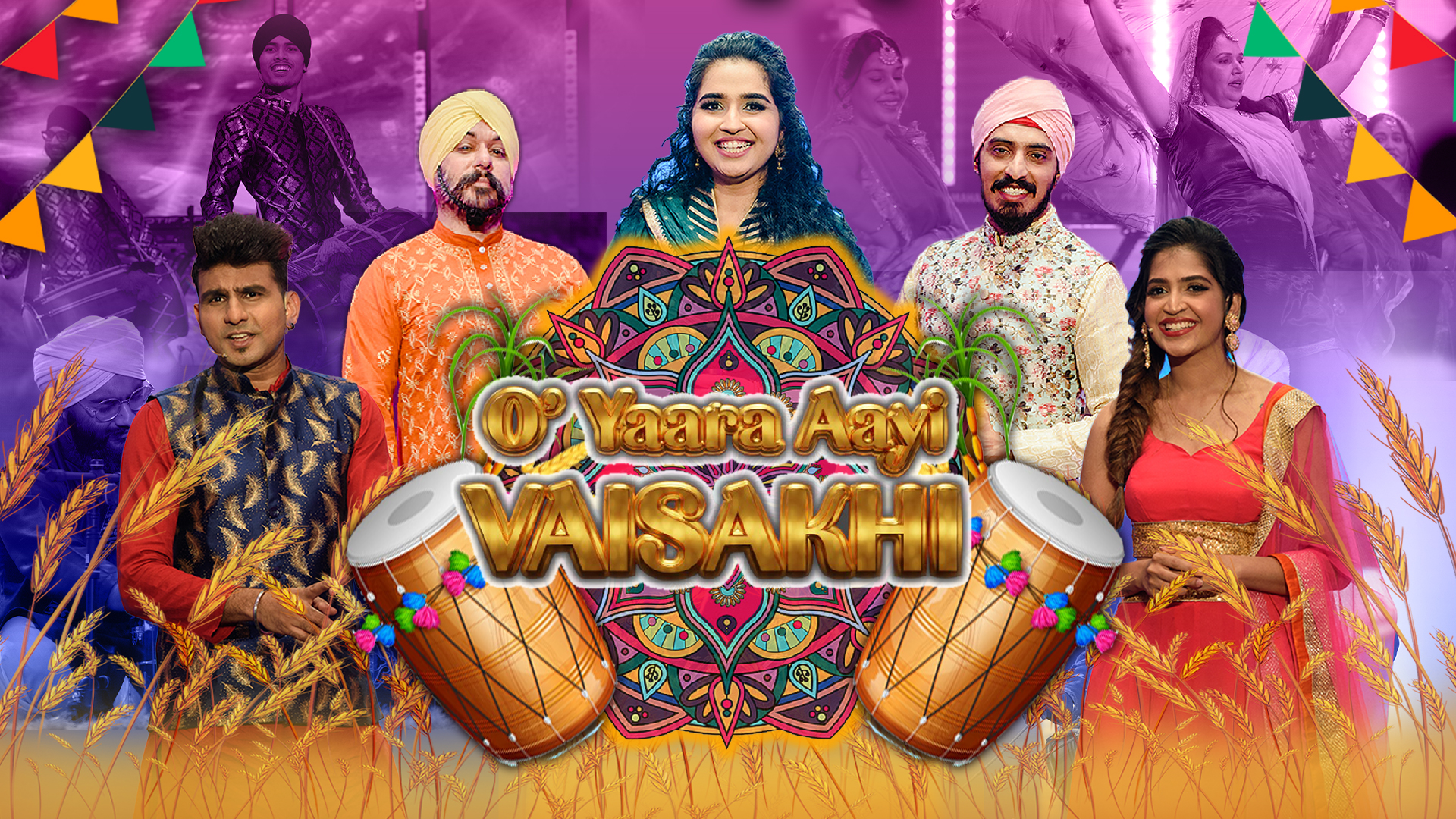 Hosted by Hemant Shergill & Jas Gill; a musical and dance performance by Malaysian Sikh performers reflecting Vaisakhi traditions. A string of performances from the vibrant ‘Dhol’ to the colourful ‘Gidha’ and energetic ‘Bhangra’. The show is directed by local talent, S.A.Thurai, featuring performances from various artists like Arvinder Raina, Kiret Singh, Ashvinder Kaur and more, along with four live bands. 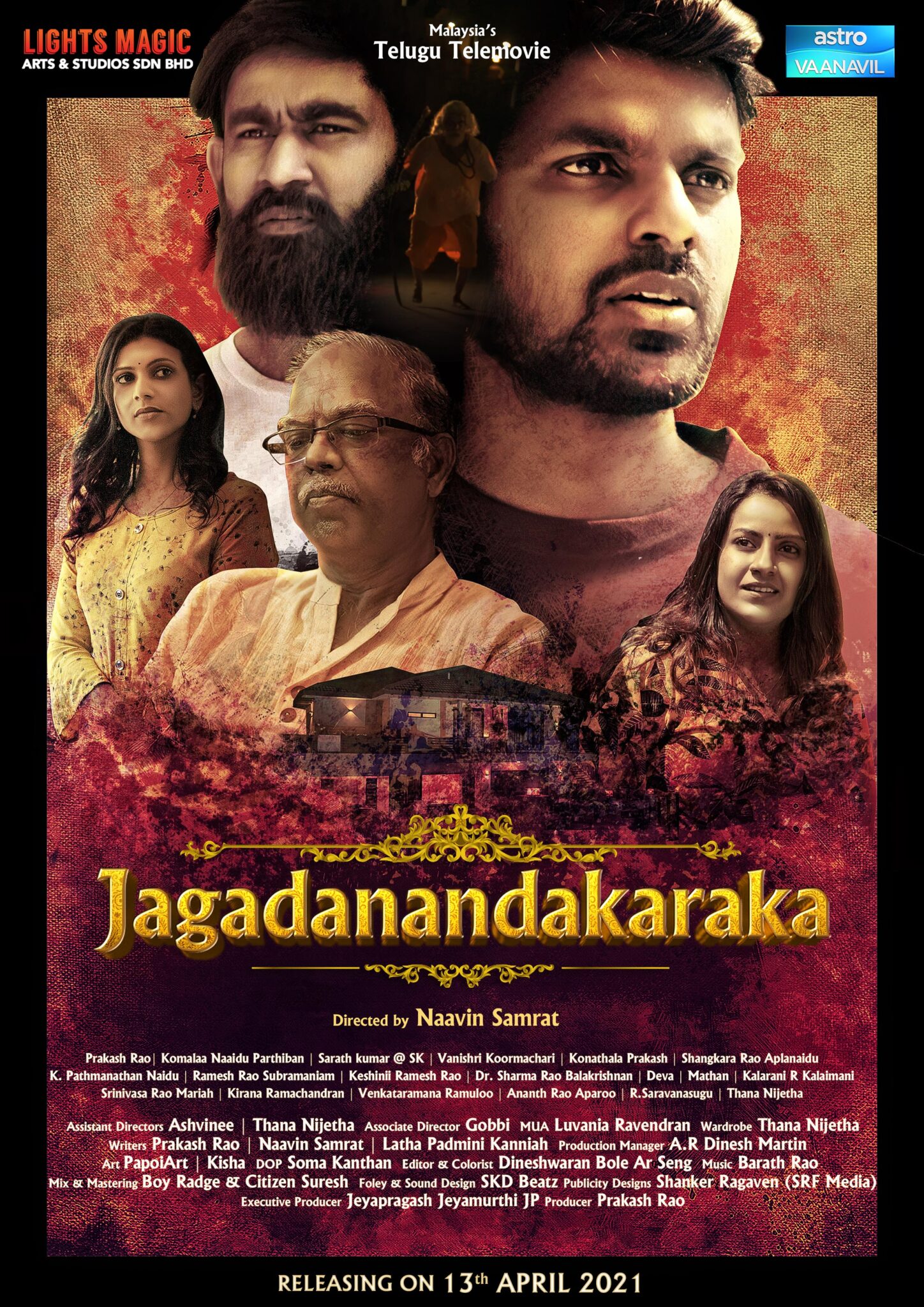 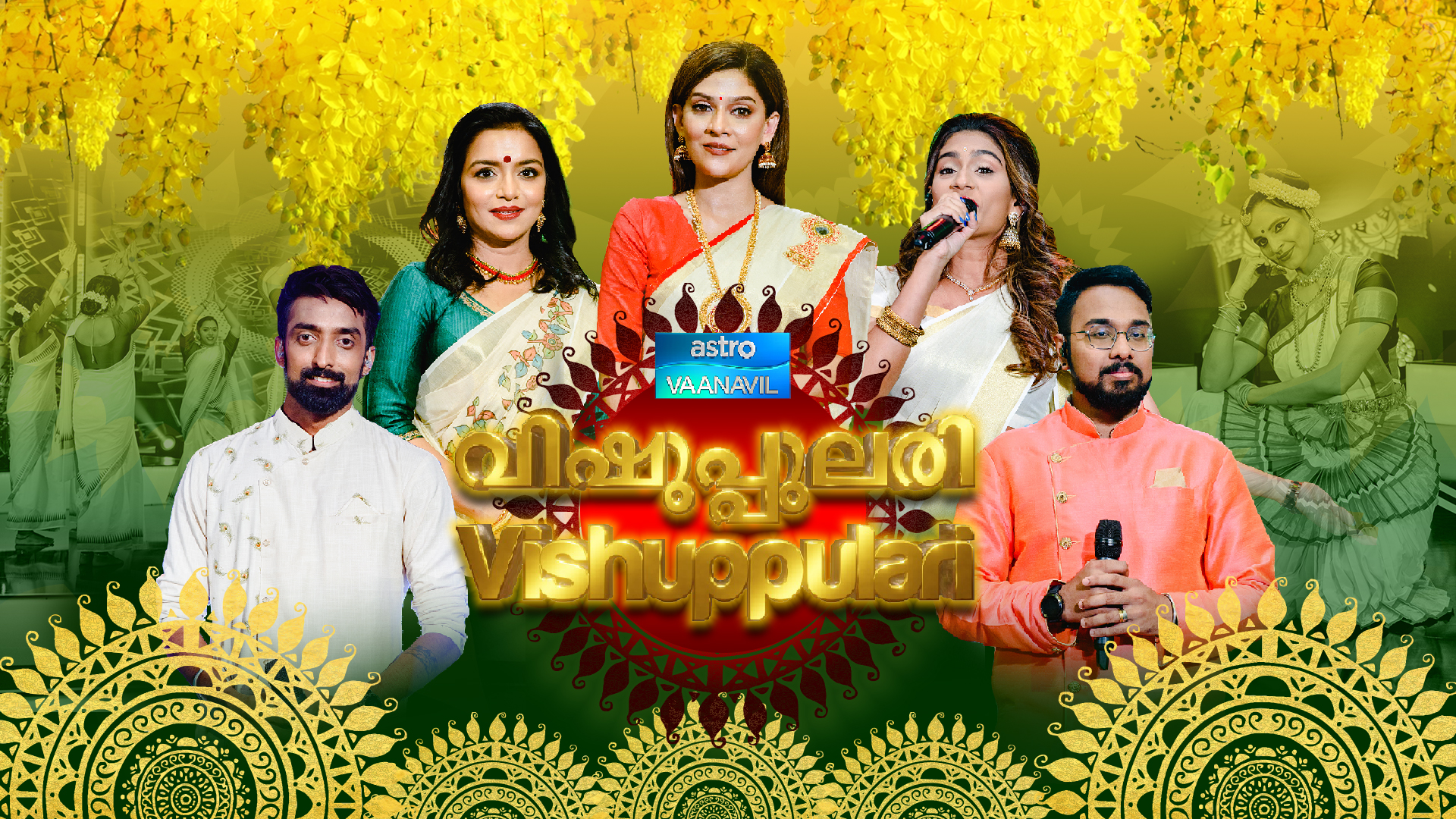 A musical show to celebrate Vishu, with performances by various artists portraying Malayalam culture and values ranging from songs, dance performances and trivia about Vishu. The show will also feature ‘Chendamelam’, Vishu melodies, ‘Mohiniyattam’, ‘Thiruvathirakaliall’ and many more.

Apart from that, this show will also inform audiences about the main elements of Vishu including ‘Vishu Kanikkaanal’, ‘Vishu Kaineetam’ (token of blessings) and ‘Vishu Sadhya’ (multi-course vegetarian meal served on banana leaf). 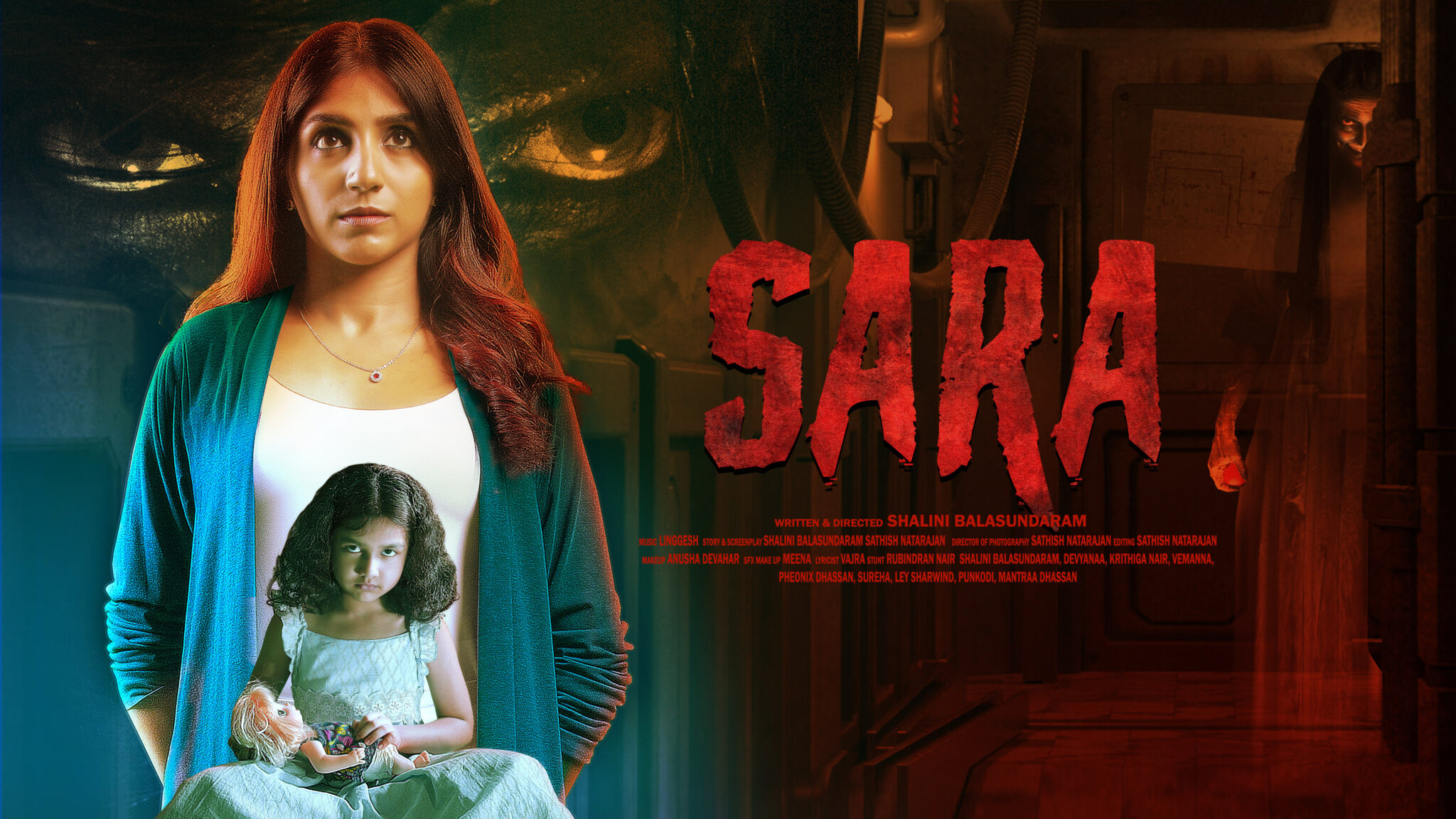 Sara; staring Shalini Balasundaram, Devyanaa, Krithigah Nair & Vemanna is a psychology student and part-time nanny. Her dad used to be an exorcist but quit after Sara faced an issue. Sara is appointed as Mithra’s new nanny.

Sara then comes across unexpected incidents and witnesses eerie circumstances and horrifying situations which endangers Mithra. Sara slowly learns about a mysterious character, Janu. Will Sara solve this puzzle? Will Sara save Mithra? 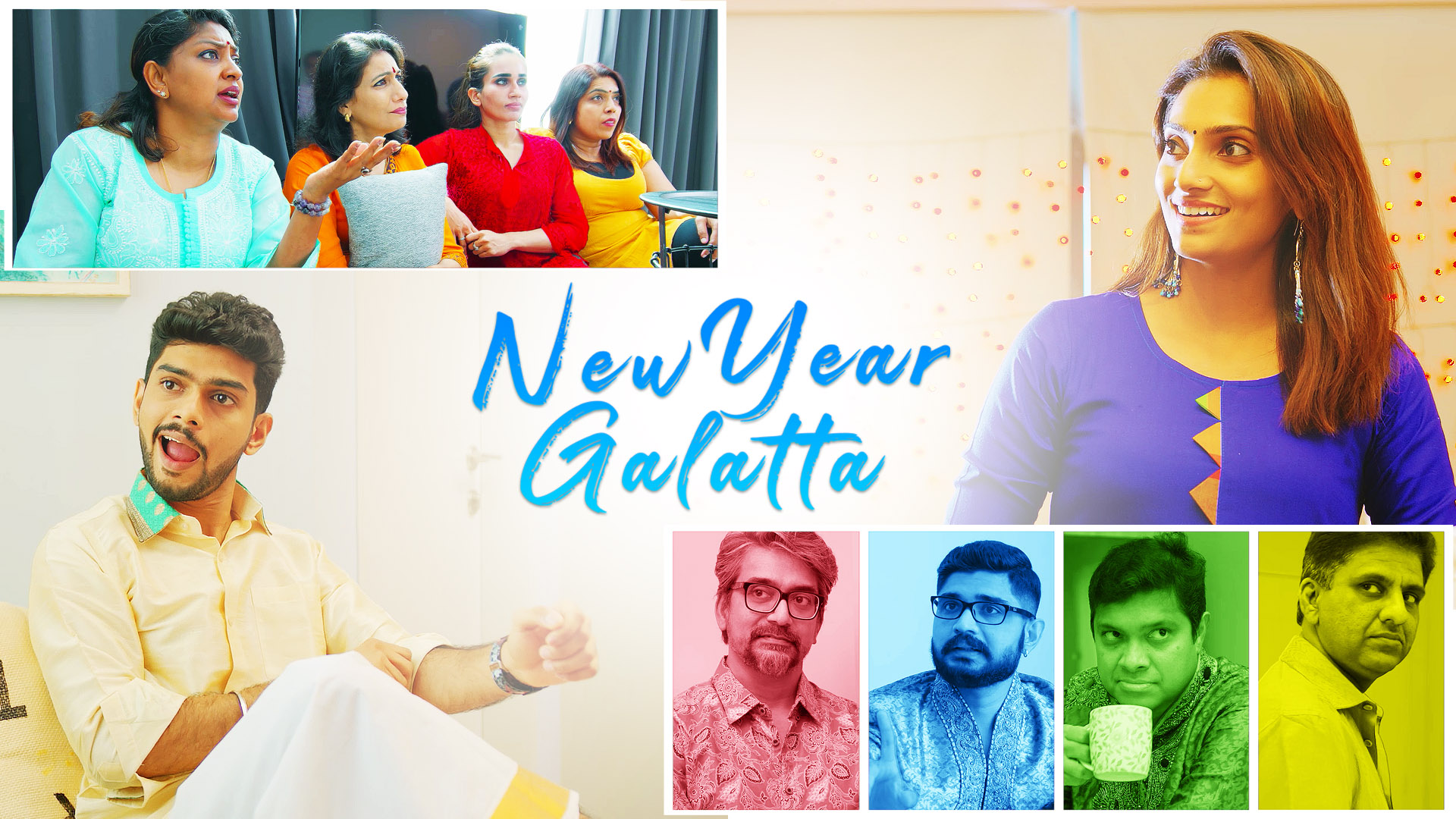 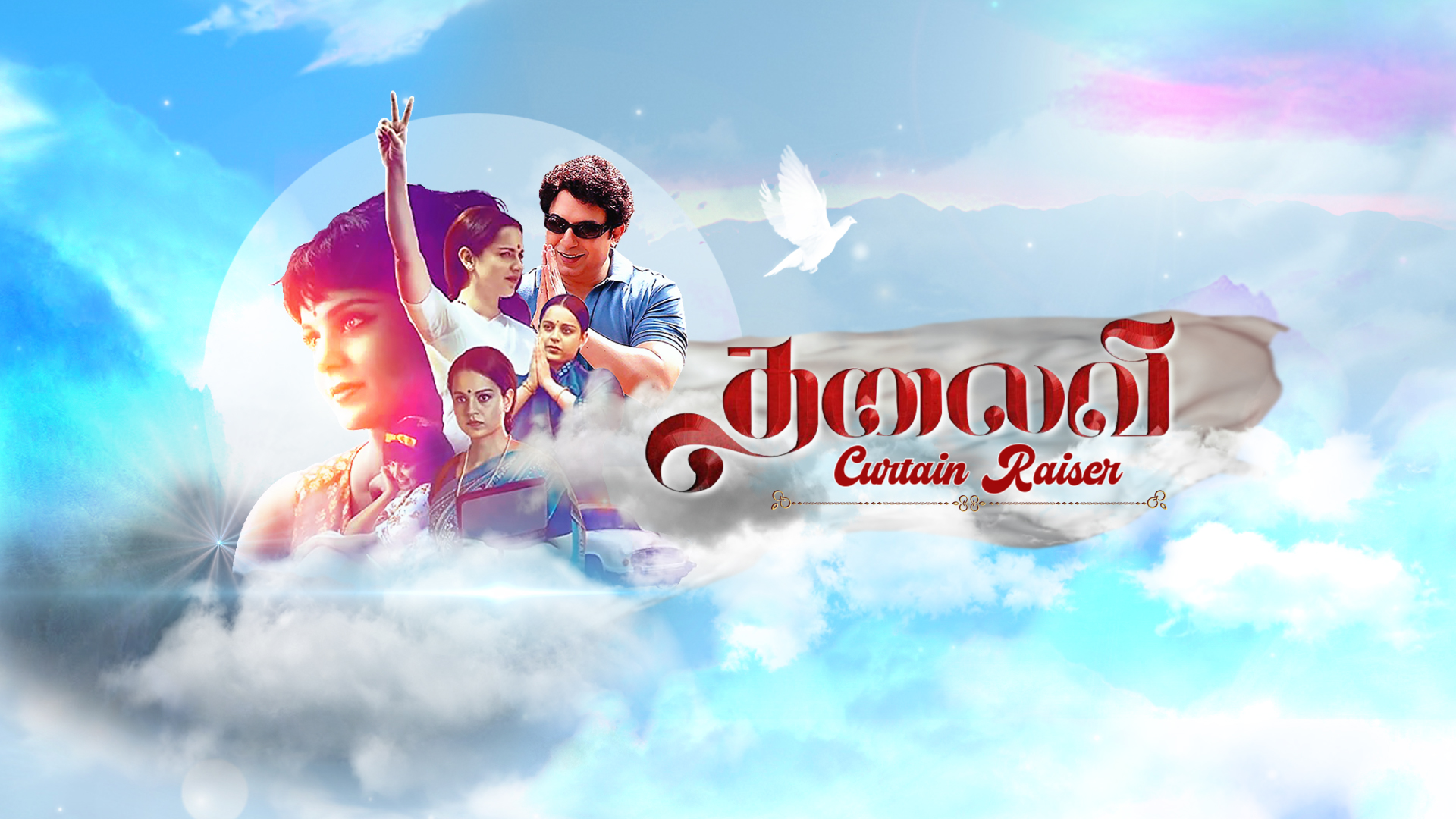 ‘Thalaivi’ is an upcoming Indian multilingual biographical film about the life of the late J. Jayalalithaa, directed by A.L Vijay. On the Tamil New Year, anchor, Kiki will join the cast of the film including Kangana and Aravindsamy, as well as director, A.L Vijay, and composer, G.V Prakash for a fun-filled chat about the movie, behind the scenes, and more. 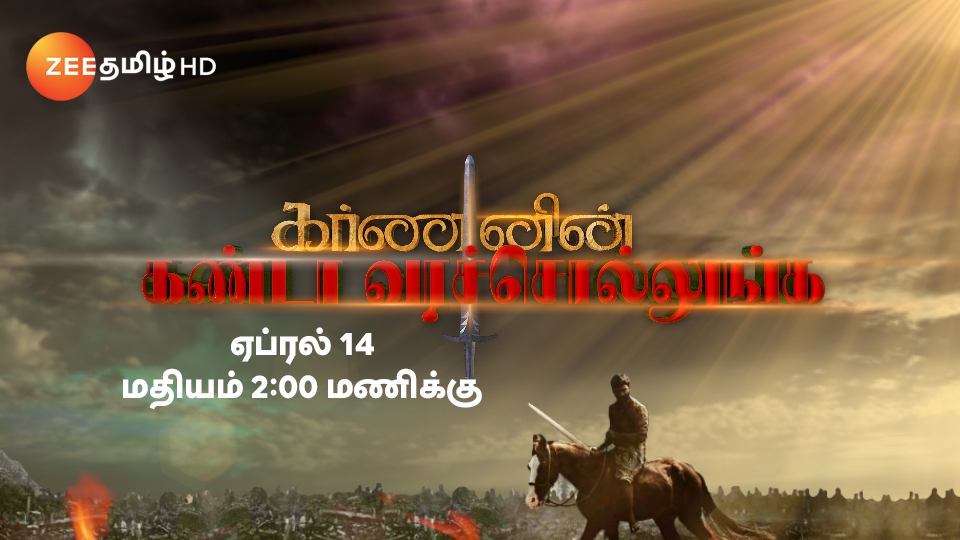 An interactive session with the cast of the movie ‘Karnan’, where they share about the film, characters and the making of and more. 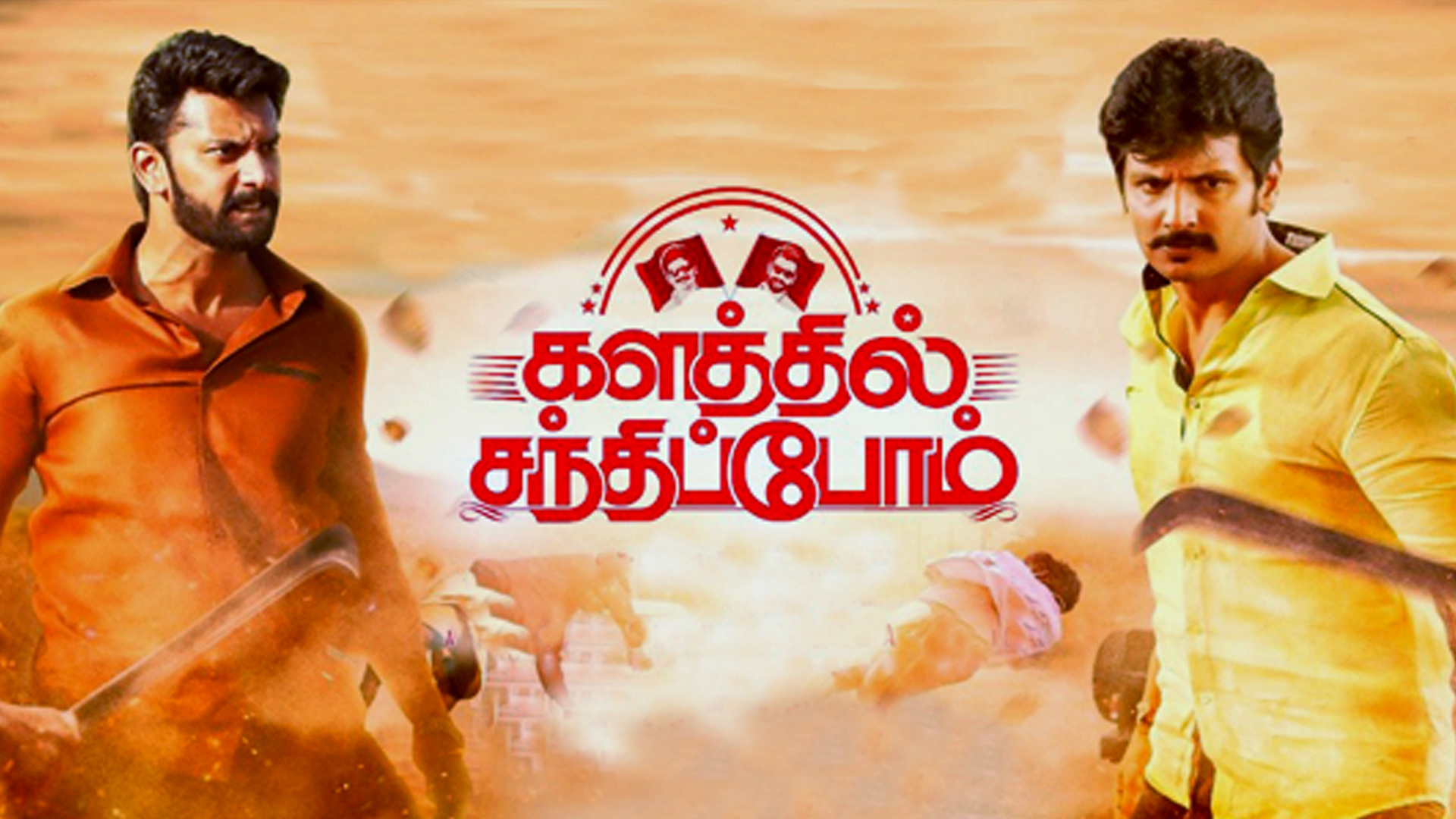 N. Rajasekar is the director of this film. The film which casts Jiiva, Arulnithi Tamilarasu, Manjima Mohan & Priya Bhavani Shankar is based on the sport, ‘kabaddi’ and the friendship between two men, Ashok and Anand who were initially regarded as rivals. 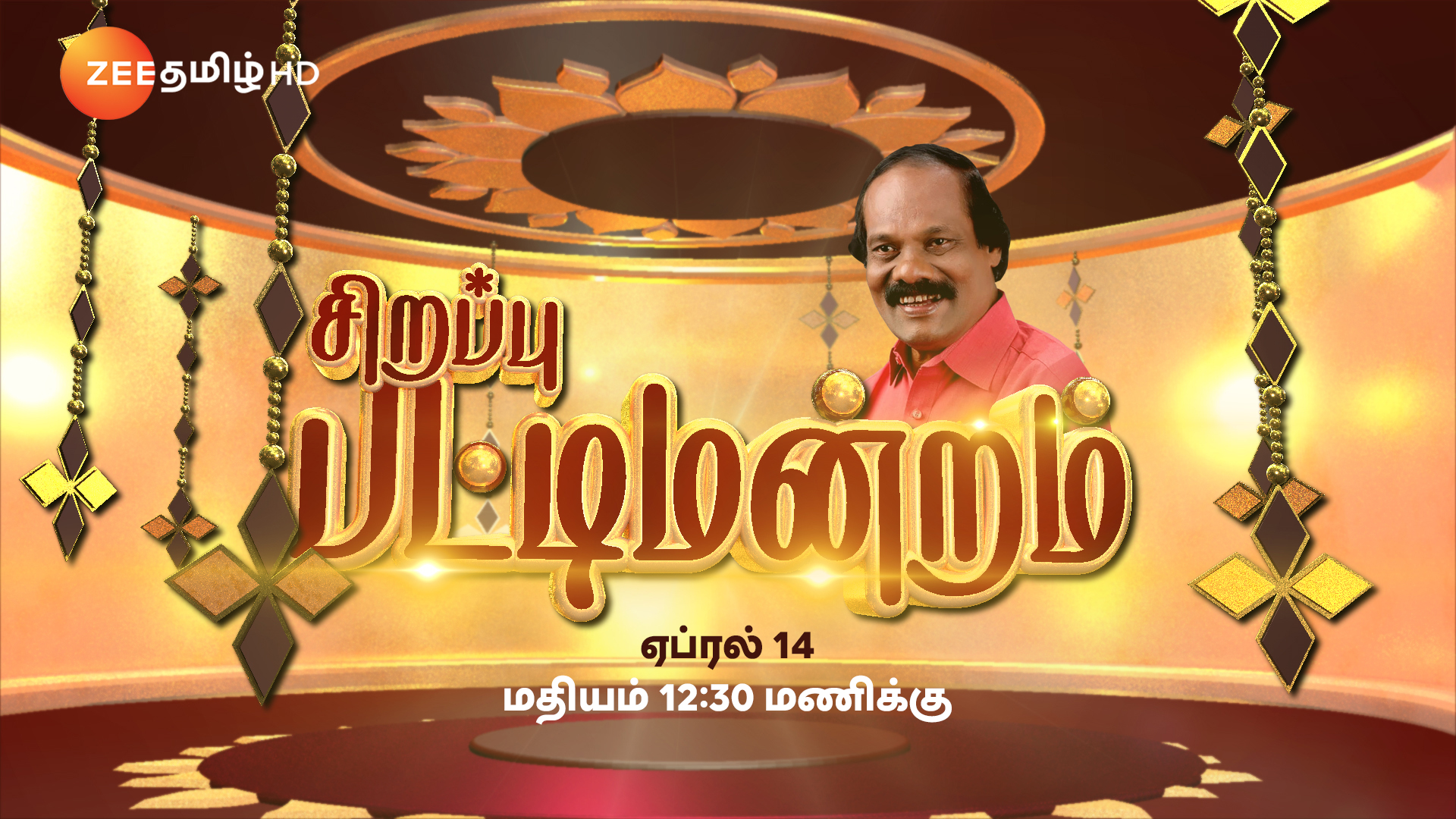 ‘Pattimandrams’ are popular debate shows on festive days attributed to the moderator’s and speaker’s witty and quirky arguments. Kalaimamani Dindugal I. Leoni will moderate ‘Special Pattimandram’ 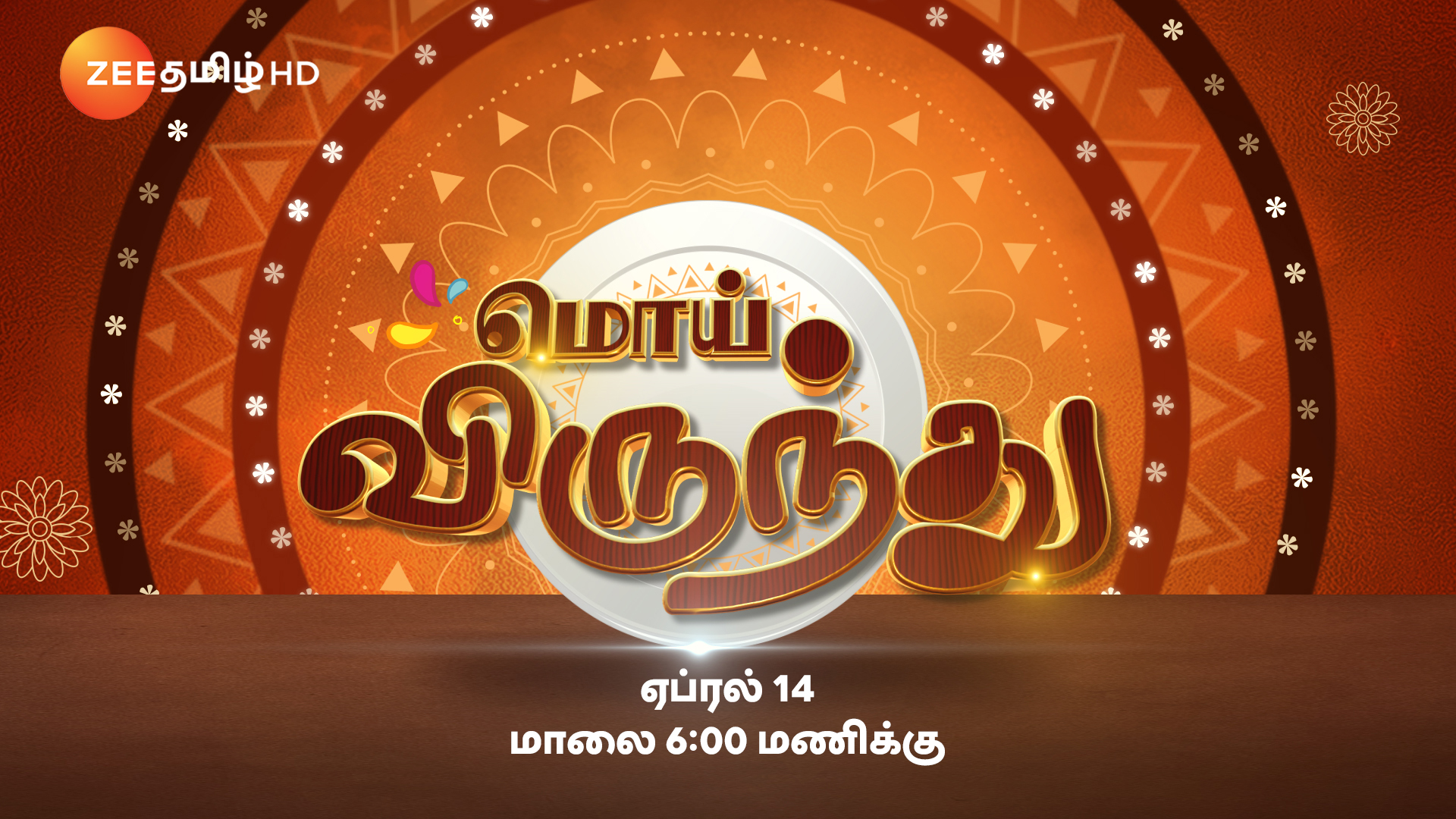 A tradition that originated in Tanjore, Tamil Nadu, previously known as ‘Thevai’, is a feast that is prepared and served to relatives and family friends to collect money for an occasion. On the Tamil New year, participants will travel to a village and cook a feast for the villagers. At the end of the feast, both teams will evaluate their monetary collections. The team that collects the most wins. 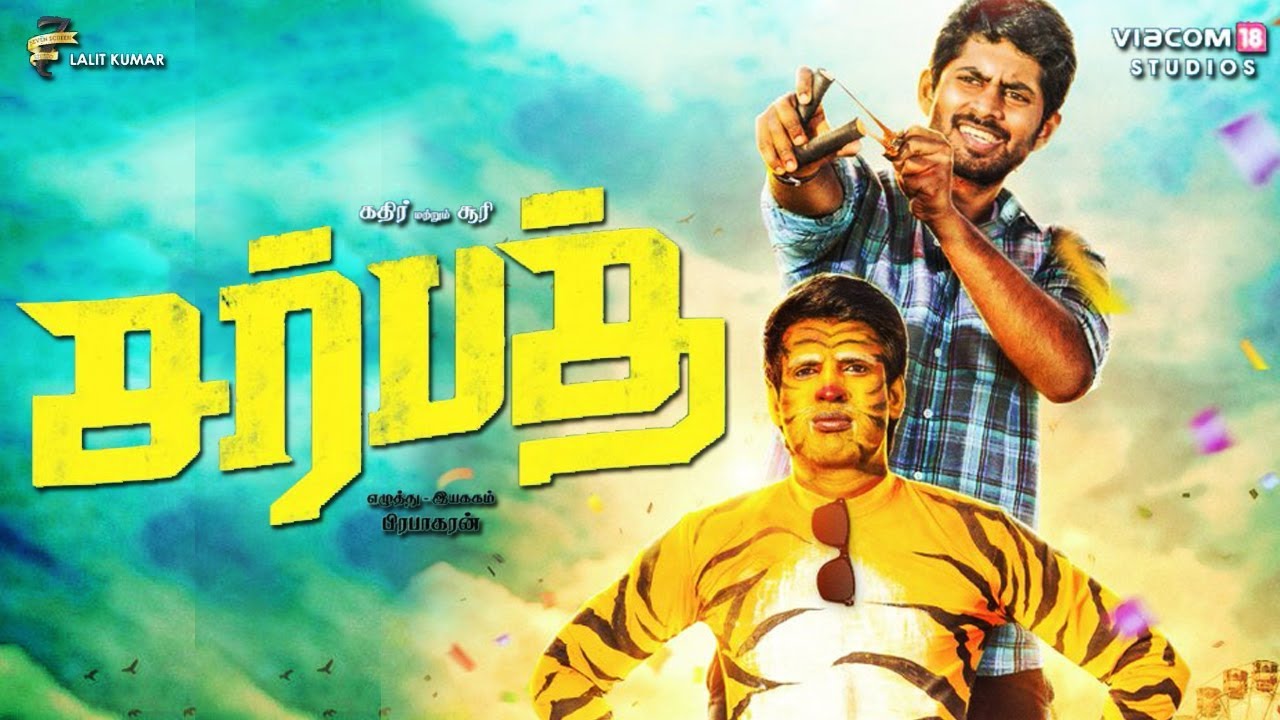 This film directed by  Prabhakaran is about two brothers (Kathir and Soori) who are at loggerheads since childhood. Both fall in love with the same girl and this leads to twists and turns filled with drama and hilarious events that make for perfect family entertainment. 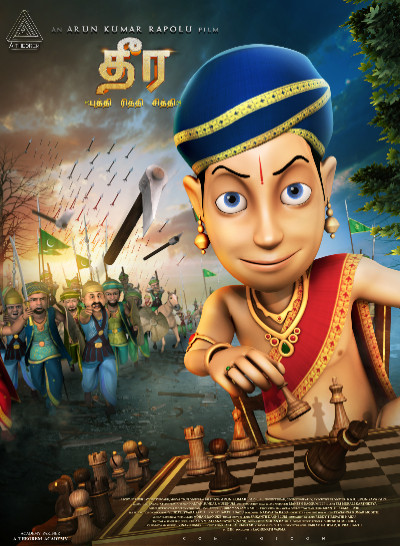 During the 14th century, when most of India was under foreign treachery, Vidyaranyaswamy and his disciples Harihara and Bukka Raya saved the country. They established a new kingdom called Vijayanagara. Swamy hid the war loot in Kishkinda mountain and protected it by dividing the secret in two.

One was a riddle box that held the instructions to get the treasure and the other was a copper contour which holds the rules on how and who can acquire the riddle box. 200 years later begin the plot twists when a witty and intelligent man retrieves the ancient hidden treasure saving the kingdom from the enemy. 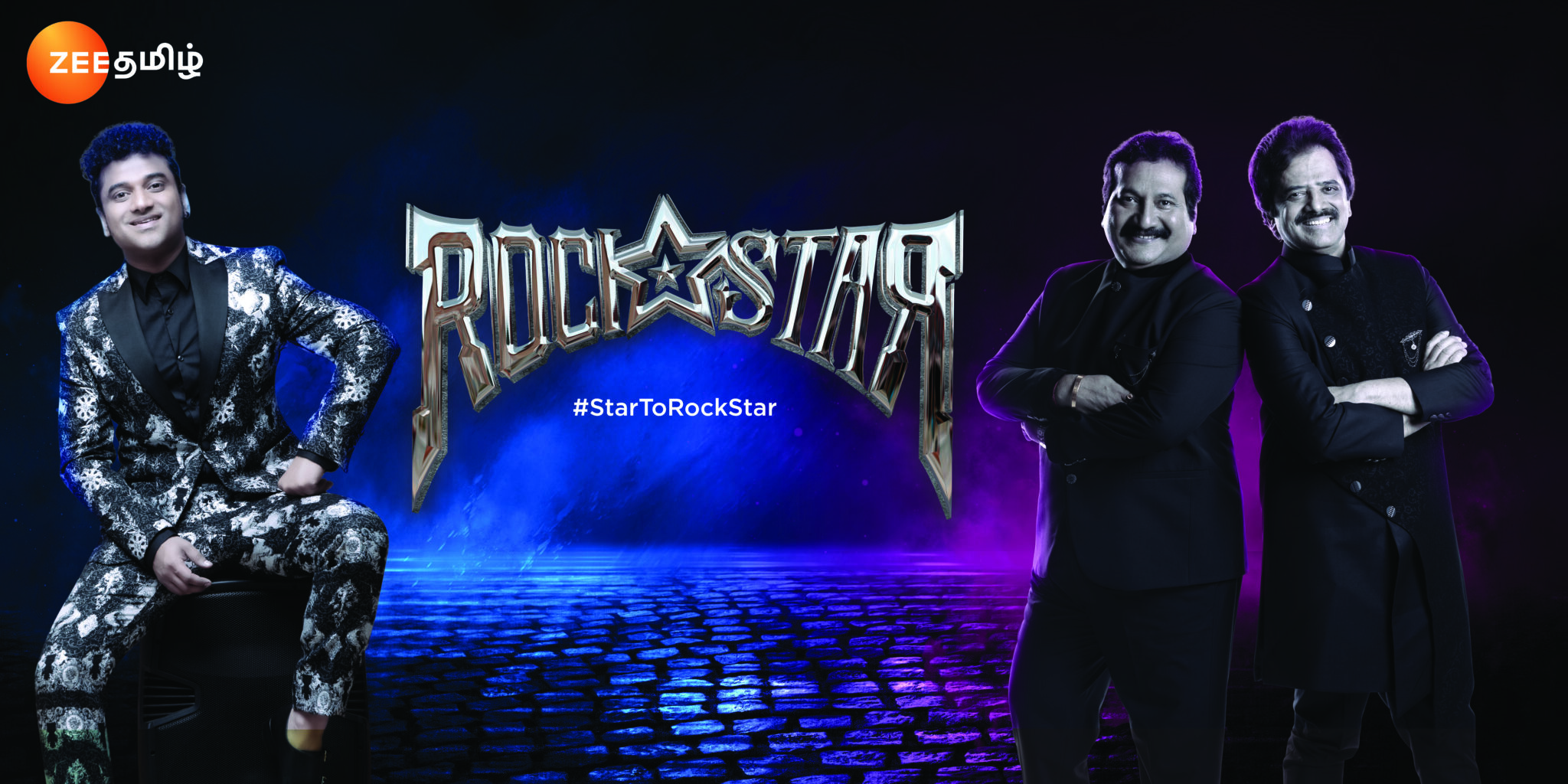 Gathering talented, famous singers from the Tamil Music Industry, ‘Rockstar’ presents viewers with an epic battle between the established singers in the industry to regain their fame. Devi Sri Prasad will be the ambassador while Mano and Srinivas will be the judges in  the show.

Astro customers will be able to watch those shows on Astro GO and On Demand at any time. So set aside sometime this month to relax and unwind on your couch at home. Visit Astro’s Facebook and Instagram pages for more information on upcoming shows and movies. Have a wonderful weekend, everyone!

Any blitz is possible if you put your heart and soul into it! While it is almost a one hundred...

POCA Boy; A Human Rights Documentary On The Implementation of #IPMCNow

Continuous reports on racism, police brutality, and racial violence may be complex and overwhelming to grasp, needing a thorough understanding...

There's nothing quite like a murder mystery to captivate and engross the audience. A film by Nanthakumar Rajagopal, aptly titled...