EXCLUSIVE: Rapper Yung Raja Says “I Am Going To Explore How Far This Can Go”

The smashing jaw-droppin hit ‘Mami’ only came out a month ago but ‘Mami fever’ is still going strong, credit goes to its addictive chorus, “Mami mami mami…”

The release of ‘Mami’ by Yung Raja and Alamo Records, home to some of the hottest hip-hop acts like Lil Durk and Smokepurpp, marks the start of Yung Raja’s venture internationally.

The rapper is seen surfing on dollar bills, climbing on stacks of sarees and jewellery, and partying in district locations, all in a psychedelic daze. So, what does the whole ‘Mami’ concept mean?

Yung Raja’s unique ability to bridge and amalgamate all cultures is highlighted in “Mami.” The use of the word “Mami” has a long history in hip-hop party anthems and across languages.

On that note, let’s get into the specifics of ‘Mami,’ as well as the 26-year-old rapper who was named on the NME’s 100 list, becoming the first Singaporean to be featured on the platform’s coveted “artist to watch” list.

Varnam: As one of Singapore’s most well-known young rappers, how did you get the opportunity to be featured in international records like ALAMO RECORDS in the US, and what does it feel like to be an international talent now?

Yung Raja:  To be honest, I have no idea how all of that happened. It is in fact a very difficult thing to unpack because when I first started off with ‘Poori Gang’, it was just an experiment to see if people would like Tanglish rap. It was started off purely as fun, i mean it still is but I never expected it to become a full time career.

To just know that people love and support what I am doing is just mind blowing, so sometimes it will just get very overwhelming with all these amazing, wonderful new things. But I am just very excited to put in the work to level up with every project and every release.

Varnam: Have you ever felt the pressure that comes with being a part of the rap industry, or is it just “healthy competition”?

Yung Raja: Yeah, definitely! Because at the end of the day, it is still a job right? You gotta make sure that you’re constantly working on yourself, constantly thinking of the next thing that you have to do.

So the pressure is always there and also to be a part of a major label system and to be on an infrastructure where you have a team and you have people working with you around the clock to make sure everything runs smoothly.

Varnam: Do you ask your music producers to have live sound elements in the music? How much importance do you give, to live sound, in your music?

Yung Raja: Well so far, with all the songs we’ve put out, I don’t think we have recorded any live instruments. But as of the last couple of shows that I had the chance to perform, I have tried to include certain live instruments. I had the Dhol in the most recent show that I performed so I rapped with the bhangra dhol. It was very interesting.

Because there’s a very grey area here and some people tend to over do it just because they’re indian artists but I don’t want to do that. I want to do it in a way where it is tasteful and properly curated. So, I am waiting for the right opportunity to explore live instruments for a hip hop production.

Varnam: ’Mami’ celebrates the beauty and the female form in all its gold-embroidered splendour,” you said in Timeout. Is there a deeper meaning behind this whole concept, or did you just come up with it on the spur of the moment?

We actually made this song in 2018, and were waiting for the appropriate time because we made it around the time we did ‘Mustafa’. So, Mustafa and Mami have a similar club vibe to it. Now, all the clubs are closed so we bring the club to homes.

Varnam: Considering your first single, Young Mustafa, has crossed 2.3 million views on YouTube in slightly over 2 years, would you consider that to be a benchmark for any of your music video releases?

Yung Raja: Well, Mustafa was my debut single which did very well and it is quite impressive for a debut single. All the support that I received from everybody gave me a boost for a newcomer, that was unreal to be honest.

With that being said, I don’t want to keep that as a benchmark because now there’s a lot of ships. At that time, we didn’t know that America or India would like what we are doing. We just thought it is pretty much within the region. But now, three years later, it has grown and it has changed.

Now, is a whole different ball game already. We are getting involved with markets that previously we did not even imagine. Because of these new changes and strategies, I would like the benchmark to be way higher.

They say aim higher, so we’re aiming for the stars!

Varnam: You keep referring to your team, how much of input do you give Yung Raja as a brand musically and visually?

Yung Raja: The team synergy is built from those days that is why I talk about it all the time. I am grateful for the place that I am at. To know that a tamizhan is getting this much love not just from my city but from different countries, there are no complaints!

I am living my best life. I have the best people around me. I am going to do everything that I can within my power so that I protect this and grow this. I am grateful, proud and I am dedicating every ounce of my life force to making sure that this time with the people that I am here with, is taken to the maximum height that it can possibly be taken to.

And i am going to explore how far this can go!

CLICK BELOW TO WATCH THE FULL INTERVIEW WITH YUNG RAJA 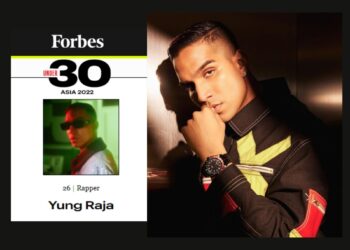 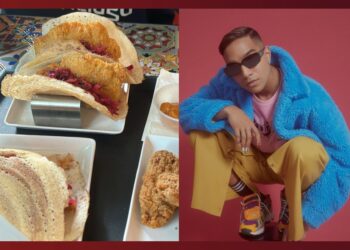 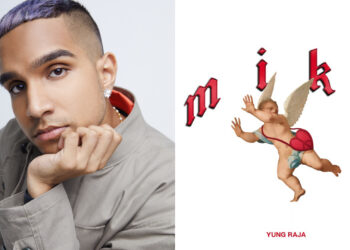 Yung Raja Unveils His First Ever EP ‘MIKE’ For Fans

Yung Raja is a name that requires zero introduction because his work speaks for itself.  Thanks to his interpretation of... 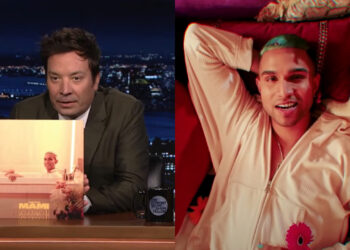