“Rather than being one in a hundred, strive to be one in a thousand,” said Ravein Raj, also known as Cikgu Vin. He is a highly motivated individual with a strong desire to advance teaching. Despite the fact that he is not a native speaker, he is fluent in Bahasa Malaysia and has recently become the content creator for Dewan Bahasa dan Pustaka’s official TikTok account.

We had the pleasure of interviewing this outstanding personality, who was at the forefront of his achievements as well as his thought-provoking ways to teach Bahasa Malaysia in a variety of creative ways.

Varnam: Being a teacher is a tough job, and it is considered unusual when a non-native speaker teaches Malay. How did you learn to speak a language so fluently which led you to become a teacher?

Cikgu Vin: At first, I was so afraid to speak Malay because it is not our native language. I did not even attend kindergarten at the age of 5 because I was afraid that the Malay students would mock me if I couldn’t speak in Malay.  Then, I attended Sekolah Kebangsaan for my primary schooling and I had no choice but to speak in Malay. So, I would always practice the Malay language by talking to myself in front of the mirror, using the slang of the native speakers.

I make friends with Malay students to learn the language and get into their real slang and culture. Days passed, I finished my primary and secondary school with the average result but surprisingly, I got a very good result for my BM and English subjects in UPSR, PMR and SPM exams. Besides my efforts to speak Malay fluently, I wanted people to say my grasp of the Malay language is excellent and more fluent than the real native speaker. Maybe that mindset has somehow brought me here now. 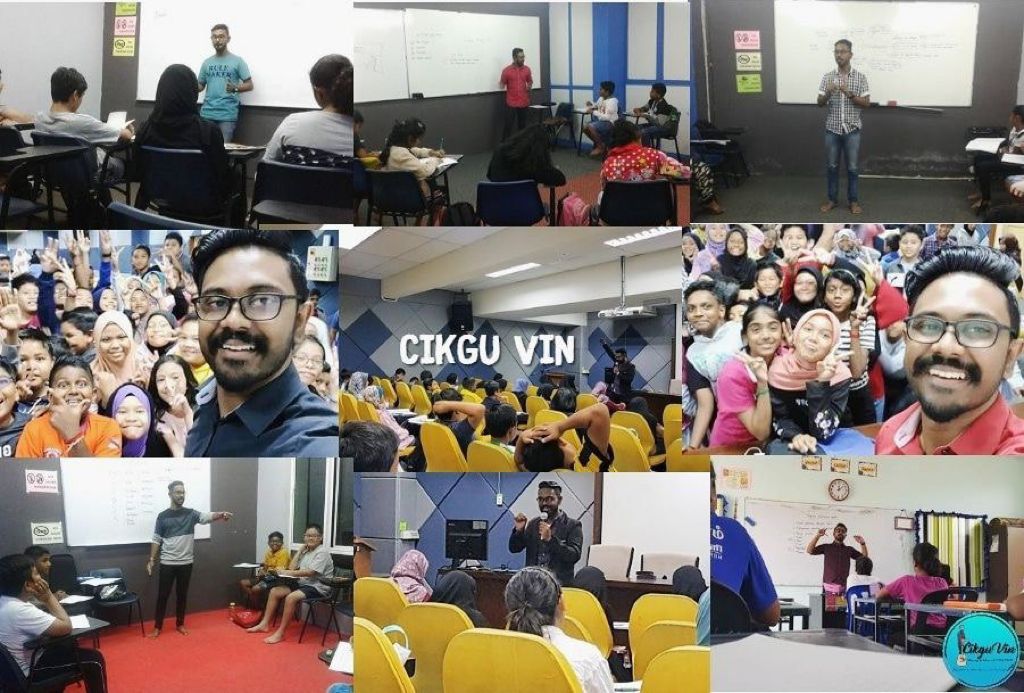 Varnam: How did your teaching career begin despite your lack of interest at first?

Cikgu Vin: My first choice was to become an AirForce officer and not to become a teacher. After my SPM, my parents were not interested in me choosing that choice; they told me to go into the education/teaching field. I then changed my mind and opted to further my studies in counseling and guidance but due to poor results in Science and Maths, I managed to pursue a Bachelors in Education.

At the time I had started to embark on my higher education, both my parents fell sick. My mom had kidney failure and she had to do dialysis weekly thrice with an average cost of about RM 3000.00 monthly. My father became weak due to epilepsy(fits) and had to use a wheelchair to move. I was so helpless at this point in my life, I had to figure out a way to cover their expenses and my own studies, apart from my mom’s help. I needed RM1,500 for my monthly expenditure at the same time, I also had to help out my family.

I started looking for a job and finally managed to get a job as a tuition tutor. At that moment I only had my bike which helped in my KL commute. I still remember, it was raining heavily and I got fully wet during my first day of work as a tutor. When I entered the tuition center, the administrator and students were so shocked to see me coming in like that. I straight away entered the washroom and squeezed all the water out of my clothes and wore them back. Then, I entered the classroom and started to teach the students the best I could while shivering due to the cold.

After the class was over, all the students stood and clapped for my dedication to teaching.  At that significant point, I had realised my calling to be a teacher. I have been teaching since with true dedication and passion. 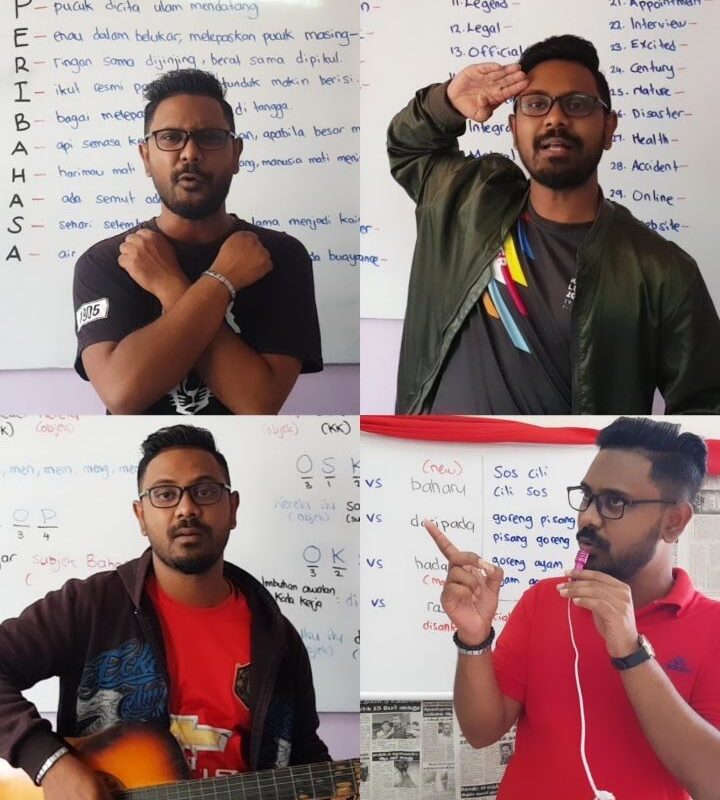 Cikgu Vin: Yes, every single person needs motivation for themselves and it doesn’t matter who they are. It’s always easy to say but when we encounter a painful time, no matter who they are, they would actually need motivation. For me, my biggest motivator is my mother. She was an iron lady. She worked day and night for me as a dishwasher in a restaurant even though she was doing her dialysis thrice a week to let me study in university. She taught me a lot of things in life and set a great example of living.

So, whenever I think I’m out of my track, I will call her and talk to her but she is no more in the world, just passed away on 21 July 2021. I’m still looking at her picture to get myself motivated and get back to my track of success.

Varnam: Are there any obstacles you faced as a child that taught you to be the strong personality you represent in your social media and speeches?

Cikgu Vin: Definitely, it is a YES. All the content that I share is connected to myself. Whatever I felt or faced, I will share that with others so they can avoid the mistakes or be bold to face such a life process. My family and I struggled a lot with poverty and sometimes were in hunger too. My father was an alcoholic at the time and many said “An alcoholic’s son will become an alcoholic too”.  To break those sayings, my mother struggled a lot to raise me and yes she made it. The lesson that I learned from my mother and the obstacles I faced, now I’m sharing it with others. 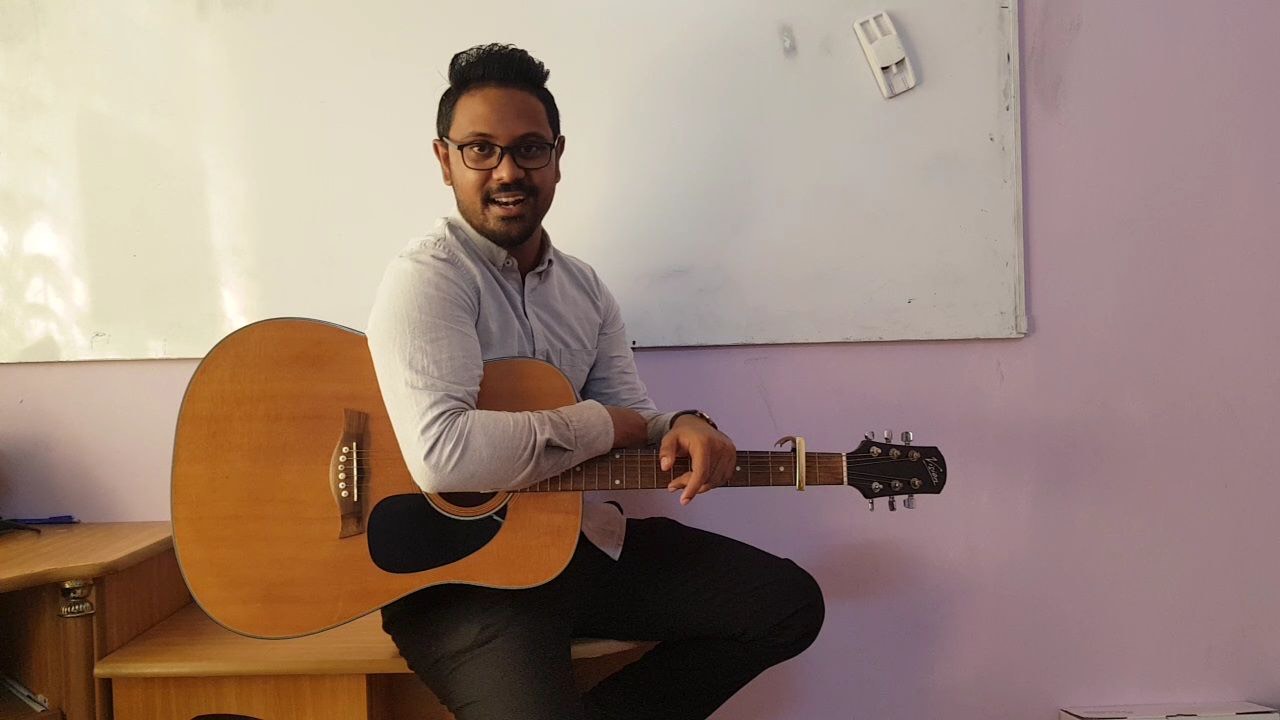 Varnam: You stated that your knowledge of music has also aided you in your teaching career. What other ways has music influenced your life?

Cikgu Vin: Music influenced me in many aspects of life. The only company I have when I’m lonely is music. In my, every joyful and sad time music will comfort me. It taught me to be disciplined, to be patient, and be down to earth.   Music will help you to have self-control but most importantly, it will mold you to the better version of yourself, hence for my existence in the present moment.

Varnam: Do you know of any aspiring teachers belonging to this generation who share your goals, and how do you regard them?

Cikgu Vin: Yes. I would say Mr. Samuel Isaiah who was the finalist for the Global Teacher Prize. He has been rewarded with the Best Teacher Award at the ASEAN-ELT Conference (2018), Best Innovative Teacher (2018, presented by the Prime Minister of Malaysia), the Star Golden Hearts Award (2019), and the National Hero Teacher Award (2019).

Samuel Isaiah did not look at the Orang Asli children as lesser beings but as children with potential and excellence even though there are many obstacles to teach them.  Despite the negative perceptions surrounding the teaching of underprivileged children, Samuel Isaiah broke perceptions and traditions and focused solely on improving and uplifting the standard of education of the children so that they can have a level playing field in the future. For this, I would regard him as Malaysia’s HERO. 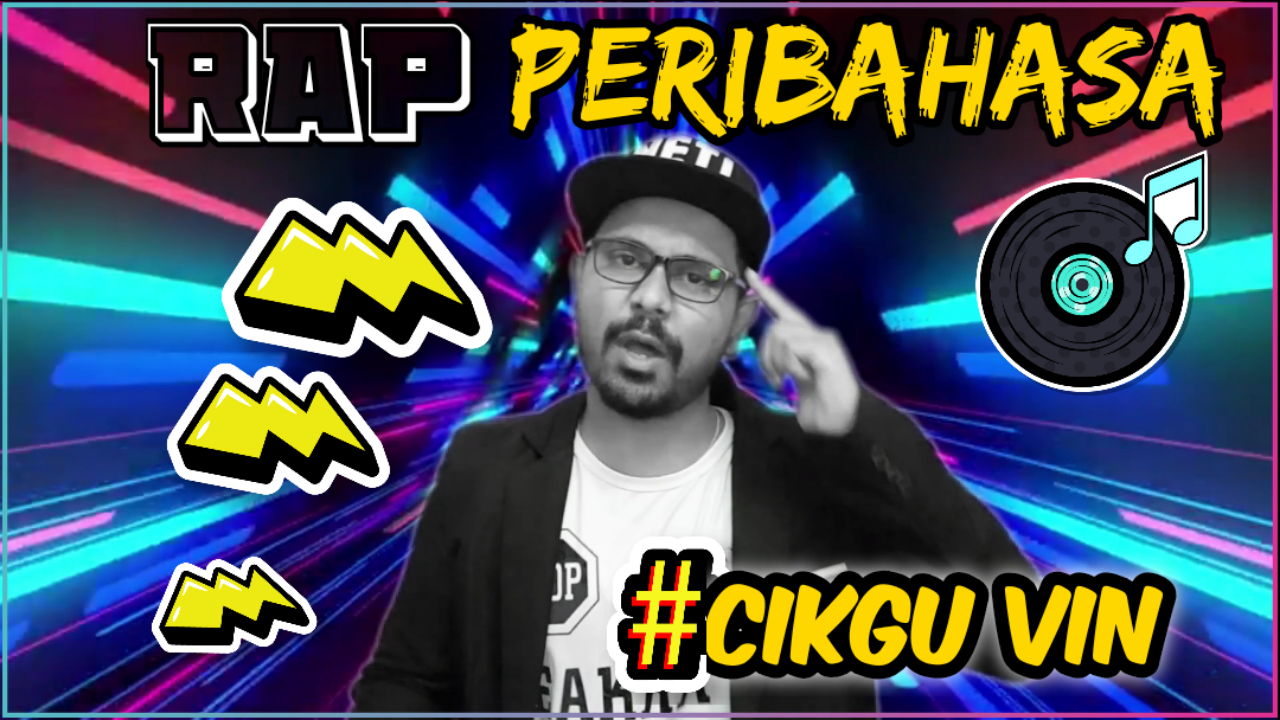 Varnam: You stated that you were the first Indian TikTok content creator for the Dewan Bahasa dan Pustaka TikTok page, but you do not consider this achievement to be a victory. Why is that so?

Cikgu Vin: I’m so blessed and fortunate to become the first Indian TikTok content creator for the Dewan Bahasa dan Pustaka TikTok page. This does not solely belong to me but I would say this achievement belongs to the whole Indian community.  In the midst of racial discrimination, this is an achievement that could bring unity among all races and break the stereotypes I said earlier. It is not a victory because we should win in the majority then it’s a victory, So, now I’m creating my students as future winners to represent the Indian community to victory. This is going to happen for sure.

Varnam: How do you see yourself in the next five years, and how do you intend to contribute more to society with your expertise?

Cikgu Vin: In the next 5 years, I would have created many winners and successful students who are going to shine like stars representing our society. I’m going to be the same teacher but maybe I might change my look but remain steadfast to my vision. My biggest dream is to establish Tamil secondary schools in each state. Let us pray and find a way to do it. The Malay proverb said “Harimau mati meninggalkan belang , manusia mati meninggalkan nama”. Before I leave the world, let me do something that no one had attempted or achieved in the history of education in Malaysia.

His journey was never a regular one, with so many insecurities to speak of in Malay and so many family-related hurdles to behold his ambition. His life journey from ordinary to extraordinary is something we should all aspire and be inspired. Let us hope he achieves more in life and we wish you the best of luck in your future endeavours.

EXCLUSIVE: Youth Member of Parliament Demands An Apology From DBP Over The ‘K’ Word

Dewan Bahasa dan Pustaka (DBP) promised to remove the 'K' word but failed to apologise! The recent controversial definition of...