Is the K-Slur Being Normalised?

Another incident involving the use of the "K-slur," this time by a local university lecturer! 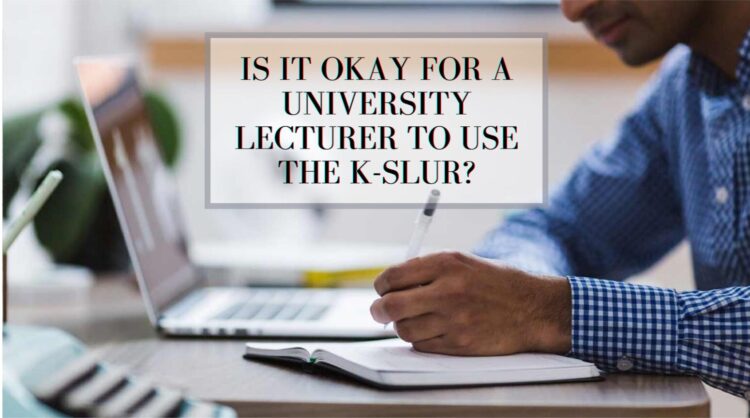 Racial slurs seem to have been normalised in one’s speech in these recent years. Such insensitive remarks without thinking about the consequences of the hurtful words will have a great negative impact on the person who’s been the victim of racial slurs.

One such incident took place at Politeknik Ungku Omar, a polytechnic situated in Ipoh where a lecturer had allegedly hurled an offensive and discriminatory slur during his class.

In the video, we can clearly see that the lecturer used the K-slur in a very demeaning way, and that too during his online lesson in presence of several other Indian students.

One of the students, who wishes to remain anonymous, stated that the lecturer was attempting to criticise Indians in general while explaining some assignment concerns.

Clearing assignment doubts in class is fine, but using the K-slur was a very useless blunder by the lecturer that could have easily been avoided for many obvious reasons.

This matter has been brought to the attention of Sadhis Kumar Letchumanan, a member of the MIC youth council, who has also issued a letter requesting that proper action be taken against the lecturer. They have also demanded that the lecturer issue a public apology.

The use of the K-slur appears to be a never-ending cycle, with the more we use it, the more likely this word will become common. What irritates me the most is that this K-slur comes from a lecturer who is supposed to set a good example to his students.

I’m afraid that one day we won’t be able to stop people from using that stigmatising slur. I can only wish that people in this country understand that this word is a serious matter and work to keep this word out of their vocabulary.

To be honest, I’ve heard this slur a lot within my circle of friends, but they always explain that they were just saying it for “fun.” As such, whether the intention was good or bad, using a slur on someone is always a “racist” act.

Especially even though we know this particular K-slur would spark a racial debate among us.

Some would argue in a discussion that this word is not necessarily a bad thing after all. There is no unsubtle reference to a dark past. But, nowadays, is the slur used in such a polite manner that it does not offend Indians?

Consider the video here as an example. Knowing that it is an extremely offensive word to use in a classroom, the lecturer has meaningfully used it to mock the Indians in the class. He didn’t use it to remind us that this K-slur doesn’t have a bad reputation after all. NO!

Even if the word did not have a dark history, it is still a slur that will undoubtedly offend Indians because it is frequently used to mock the race. This K-slur is still used in this country to make Indians feel like outcasts in comparison to their friends, as if they don’t belong here.

The simple solution to this problem is to simply not say it if you can’t reclaim it!

There’s also a 1941 news article claiming that the word “kling” has been equated with the “N-word” — an offensive racist term used against black people. They argued that because the N-word has been “killed” (that it should no longer be used), “kling” should also be a dead word for similar reasons. ”

Sometimes the only way to overcome this problem is to devote ourselves to believing that this K-slur never existed in the first place and to completely refrain from using this racial slur, even in a playful manner.

How would you react if someone used the K-word on you?