Lingham’s is Malaysia’s very own pride and joy chilli sauce! Most Malaysians households have a bottle of the satisfying chilli sauce in their kitchen and dining room.

Lingham & Son (Malaysia) Sdn Bhd is owned by a Chinese family, but did you know that it was first to rustle up in Butterworth by an Indian migrant Mr.Lingham? Yes, the brainchild behind the nutrition label on Lingam’s chilli sauce was an Indian and he started producing the sauce in 1908 during the British colonial period.

Lingham’s sauces are made from fresh chillies grown around Tasek Gelugor, Penang, by smallholders. The recipe from Lingham turned out pretty good and it was enjoyed by the expat community. What’s more, it was also popular among Chinese people who were not used to food that was as spicy as Malay and Indian cuisine at that period.

Variety is the very spice of life, that gives it all its flavour!

Without preservatives or artificial colours, he used fresh chilies, vinegar, sugar and salt. Desperate to return to India after World War II in 1945, he exchanged a recipe with a Chinese man called Ooi Choo Hong in exchange for a berth on a ferry. 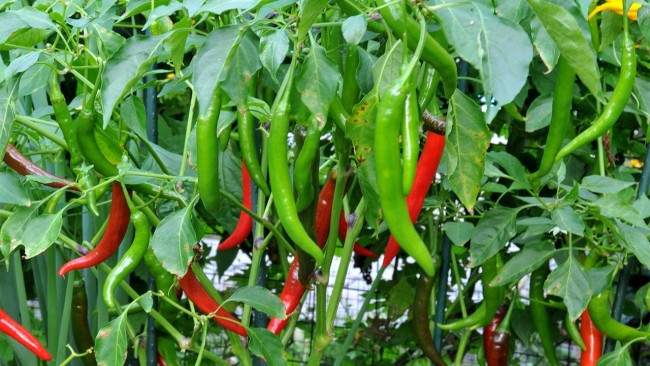 Lingam’s chilli sauce was so well-loved by the British that they started to sell it after the war to Britain. Lingham’s became so popular that during World War II, a bottle of the chilli sauce was included as part of every British officer’s war rations!

Mr.Lingham sold the company to Mr. Ooi, who worked as a desk clerk at a British trading house named Henry Waugh Co. Ltd.

Through various changes over the years, the brand and recipe were kept and it was integrated into Lingham’s & Son (Malaysia) Sdn Bhd in 1971. It is now owned by Biz-Allianz International and has shifted its operations from its Butterworth-based Mak Mandin plant to its current Selangor factory.

Lingham’s Chilli Sauce is currently available in more than 20 countries around the world. We all know Heinz, Kimball, and Life, but they’re not produced in Malaysia. To this date, Lingham remains a locally-made condiment, and we want to shed some light on this hot piping product:

The Original, Garlic, Ginger, SriRacha, Extra Spicy, and the Special Asian, Thai, are here. Instead of chilli sauce, five of them are strongly advertised as ‘Sweet Sauce’ in the US. There is a very different meaning of chilly *cough* a misinterpretation *cough* there.

The brand is doing really well in the international market that Lingham’s revenues in the UK have surpassed local sales. Though three-quarters are exported, a quarter of its production is consumed here.

No one knows what became of him nor his son after he returned to India, but Lingham’s name lives on!

Nearly two years of our lives have just gone with the wind! It's been more than a year since the...

Amid growing concerns at the time about the novel strain of COVID-19, the impact continues to weigh heavily on the...

We've all learned that keeping our hands clean is one of the most efficient ways to avoid contracting the coronavirus....