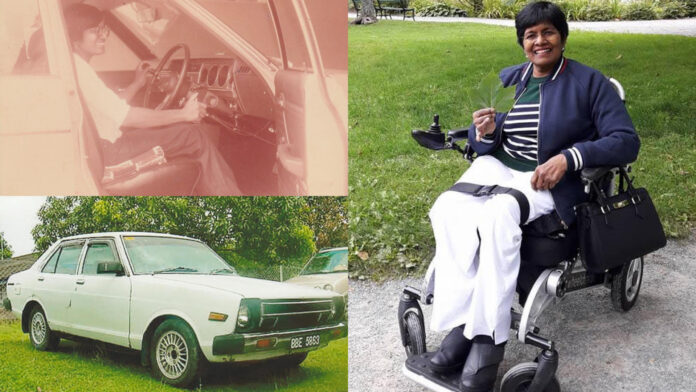 The former president of the Malaysian disabled women’s association, Bathmavathi Krishnan is an individual who, despite her disability, strives to be independent.

She was appointed a senator in November 2013, representing disabled people, and served two three-year terms in the Dewan Negara.

Bathmavathi was paralyzed from the waist down due to a tragic accident that occurred many years ago, so she had to find new ways to complete daily tasks, with driving being especially essential.

After graduating in 1978, she landed a job at University Malaya library. She needed to find a way to get to work because she had to leave the residential college.

That’s when her concerns about getting to work were raised. In an interview with FMT, she divulged her story on that;

I went for the interview in my wheelchair, and they asked me how I was going to come to work. I had seen the movie ‘Coming Home’, where this guy was driving a car with hand controls. So I told them I was going to get a car, modify it and drive it to work.

While such cars were common in America, she had no such options even close to it here, where buses had yet to be equipped with wheelchair accessibility.

Bathmavathi wrote to a number of automobile manufacturers, hoping that someone could “MacGyver” something that would allow her to drive. Finally, an engineer named Paul David from Tan Chong Motors undertook her cause and devised a system that allowed her to drive using levers she could control with her hands.

Her Datsun 120Y was the first car in our country to be operated by hand. She uses her right hand to operate the pedals and her left hand to steer.

Then I had to have it approved by the Road Transport Department. An engineer came and we drove around and he saw me using hand controls and the signals, how I maneuvered roundabouts, emergency stops, all of that.

The following week when I called him up, he said ‘when you drive with your hands, they’ll get tired and you’ll be a danger to the people on the road’. “I said ‘sir, you are a person with a very closed mind, in other parts of the world people are already driving these modified cars’.

However, she managed to get a meeting with the deputy transport minister at the time, Goh Cheng Teik, and explained her need for the device to be approved.

He took a look at it, and after a couple of weeks it was approved, but there was a clause that I could only drive in KL and PJ, and could only go up to 60km/h.

She claimed that the restrictions were absurd, claiming that driving in KL was no different than driving anywhere else in the country or the world.

While limiting her speed was supposed to improve road safety, it would make her a nuisance on the highway if she couldn’t go faster than 60 km/h.

The restrictions were then removed in 1983, but the long wait opened her eyes to the challenges she would face.

The perception of people towards something which is new is something that is very difficult to change, especially among people who are in power. Sometimes you’ll see officers go overseas and say that so many things are happening there, but they don’t realise that the same thing can be implemented in our own country.

To this day, it uses the same setup that has remained almost unchanged since the late 1970s.

While latest models have come out and reached Malaysia that allow easy switching between vehicles, she never felt the need to adjust.

It might be old fashioned, but I’m very comfortable with it.

Her story reminds me of a quotation: “I can’t change the direction of the wind, but I can adjust my sails to always reach my destination.” – Jimmy Dean. No matter what, Bathmavathi Krishnan makes sure she reaches her goal. 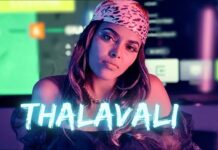