We have recently encountered the Malaysian Cinema Industry’s rise in producing amazing films by venturing out into a wide range of genres. Moreover, our homegrown talent has been rising in recent times too.

Undertaking an unorthodox genre, Govind Singh will be making his directorial debut through ‘Senthozhan Sengkathirvaanan’ which will be featuring popular Malaysian talents like Kash Villanz, Moon Nilaa, Shamini, Cellina Jay and Chandinie Kaur. This film is produced by Kash Villanz & Govind Singh.

Watching the 1min 20sec teaser, it is more likely to be a suspenseful psychotic thriller flick. You will definitely be mystified watching this teaser as each cut makes you wonder what the storyline would be, whether it’s a psycho film, horror film or murder based film. This movie is expected to hit theatres on 28th July 2022.

Another reason to watch this thriller flick is for the soundtrack, which was composed entirely by Kash Villanz.

Prior to this teaser release, they released 3 tracks from this movie on vhommiez Youtube channel. The first track is sung by Kash Villanz himself titled, Mudhal Mura, followed by Pasi Thookam Panjam and Yathey sung by Ganesan Manoghran and Kishen Dass, Michael Rao respectively.

If you haven’t, then what are you waiting for? Watch it now on vhommiez Youtube channel.

Who do you think the story is going to revolve around, by watching the teaser? Any guesses? 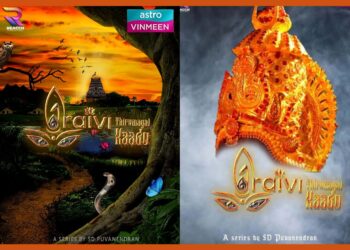 Are you a fanatic of thrillers and sci-fi genre? If you answered yes, then this series is for you! Astro... 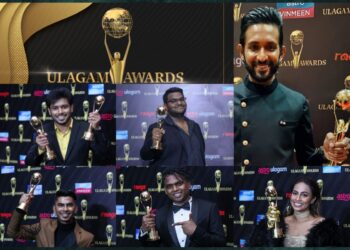 The much-anticipated inaugural Ulagam Awards was held on 13th January at the Putrajaya International Convention Centre (PICC) in an extravagant... August looks set to be a great month for variety shows. With a new month comes new content – and... 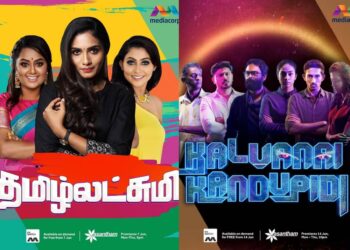