To all Karthik Shaamalan‘s fans out there! A terrific news is coming your way, so get ready to be excited. Fans who follow Karthik Shaamalan on social media may have seen a story from his Instagram account recently. It’s about him working on Kalyaanam 2 Kaathal season 2’s script.

I was equally thrilled upon hearing this news, but the specifics, as well as the news, are important. So here we are, with some interesting insights about Season 2, exclusively from the director himself.

It was an honor to interview Karthik Shaamalan, and here’s what we talked about:

Varnam: How was the response of Kalyaanam 2 Kaathal Season 1 from the audience?

Karthik Shaamalan: Firstly, let me thank Varnam for the opportunity given to talk about Kalyaanam 2 Kaathal. Secondly, I would like to thank all the viewers for the enormous response and encouragement shown for K2K. It was indeed one of the best moments of my life.

Thanks to all the memes creators, the engaging audience who kept texting us every single day after watching the episode. The feeling of being appreciated is not easy to sustain for more than a month but the magic happened for K2K and Kalvanai Kandupidi. To see people discussing the characters we created is a blessing and to see them relating to their life is another level of satisfaction.

Varnam: Was the idea for Kalyaanam 2 Kaathal Season 2 birthed after the first season’s success?

Karthik Shaamalan: No, not at all. K2K, was a scrapped story of mine which was written when I was studying at the same university. It was a 5-part movie story which obviously I know I won’t be making. Thus, I scraped the story way back, having in mind to any one of the day to at least give life to the characters.

Thanks to Astro first of all to accept my concept and believing in me. I wanted to tell the first 2 parts of the story as it has a conclusion for Miya’s quest of knowing if the love within herself to Harish still exists and that’s where I ended the first season with a hope if it does well, I would complete the entire saga with another season of storytelling.

Varnam: Like the first season, will the Kalyaanam 2 Kaathal Season 2 feature new faces too?

Karthik Shaamalan: This is a continuation for the story which we have already built, thus we don’t have much space for many newcomers but we do have some new character additions to the story and one of them is a new face. Of course there will be opportunity for many newcomers to be casted for supporting actors and background actors.

Varnam: Will the cast of Kalyaanam 2 Kaathal Season 1 remain for Season 2?

Karthik Shaamalan: Yes! There will be NO major changes in cast and we are excited to be back on set for yet another memorable journey!

Varnam: What is the current progress on Kalyanam 2 Kaathal Season 2?

Karthik Shaamalan: K2K – Season 2 is a 44-episode series and it will go on floor this Mid-March. This time there will be more sets and more intense sequences. One LAST RIDE! Let’s hope for the best!

Varnam: Was the recent recruitment for the role of ‘assistant director’ and ‘online editors’ for Kalyaanam 2 Kaathal Season 2?

Karthik Shaamalan: Yes, and not only for this one job but we are looking forward to working with them continuously.

Karthik Shaamalan: Mid March and the pre-production is almost in the final stage now.

Varnam: What’s new in this season, and what can the audience expect?

Karthik Shaamalan: Well, I can’t talk much about it as I want the audience to find it out by themselves after the series is aired on TV. But one thing I can assure is that there will be double the twists compared to the first season. This will be one emotional roller coaster ride that will stay long in their hearts. The newly added characters will be surely celebrated.

Varnam: Is Kalyaanam 2 Kaathal Season 2 going to be a sequel of Season 1?

Karthik Shaamalan: Yes, and it has some prequel sequences too. The story will continue from where it ended.

Varnam: When can the audience expect Kalyaanam 2 Kaathal Season 2 to be aired?

Karthik Shaamalan: I’m not sure If I can say that but I’m very sure Astro Ulagam will announce it at the right time with a beautiful teaser. Once again, I would like to thank my entire hard working team who stood by me all the time to complete the project successfully. Taking this opportunity to thank Astro for giving so much opportunity for newcomers and talented people out there.

Overall, we can see that not only we, but the entire Kalyaanam 2 Kaathal team is eager to bring the powerpack Tamil romance series to us. So, stay tuned and keep an eye out for the teaser. 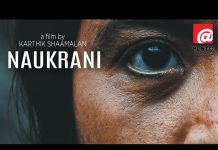 Naukrani, Karthik Shaamalan’s Latest Short Film is a Must Watch