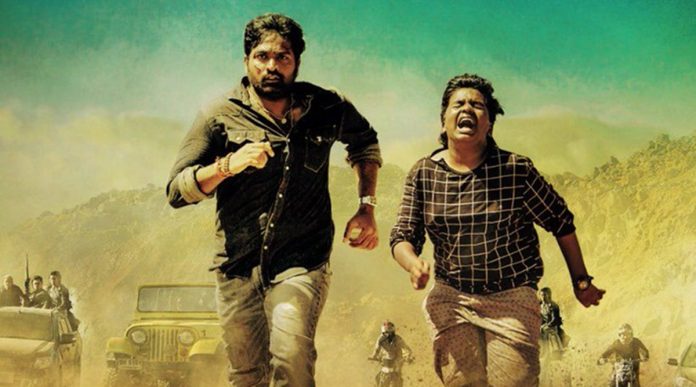 The release of actor Vijay Sethupathi’s Sindhubaadh has officially been postponed since it did not hit the theatres on Friday as per schedule.

The Hyderabad High Court had ordered a stay on the release of the film over after Arka Media works, the makers of Baahubali, had filed a case against the producers of Sindhubaadh over unpaid dues.

Arka Media Works, makers of the magnum opus Baahubali series, had recently filed a case against SN Rajarajan of K Productions, who had distributed the Tamil version of the movie in Tamil Nadu, for the unpaid dues he owes to the production house.

K Productions had bought the theatrical rights for Baahubalifor Rs 28 crore and have paid Rs 12.5 crore. For the remaining amount, Rajarajan went ahead with a loan agreement with Shobu Yarlagadda which he has failed to repay.

It was reported that Sindhubaadh cannot be released when there’s a status quo in place.

The status quo was ordered by the Hyderabad High Court for Sindhubaadhas well as Dhanush’s Enai Noki Paayum Thota on May 8 this year.

According to the court order, K Productions has to pay a remaining sum of Rs 17.6 crore to Arka Media to lift the ban on release of the movies.

The Malaysian distributors have released this. The delay is confirmed. 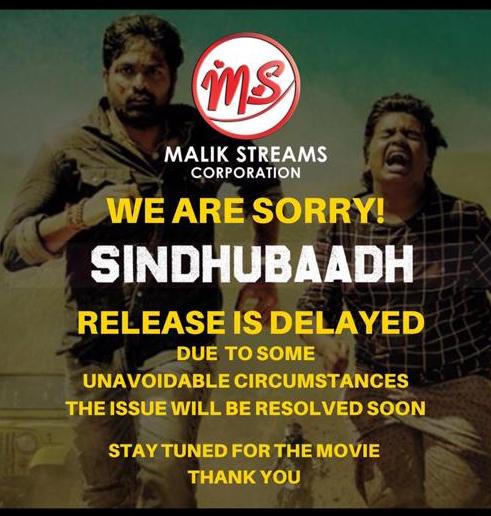 So the release in Malaysia will also be delayed! Sorry Makkal Selvan fans, y’all will have to wait. But hopefully it’s worth the wait.