Sarath Kumar And Radikaa On The Sets Of Vaanam Kottatum! 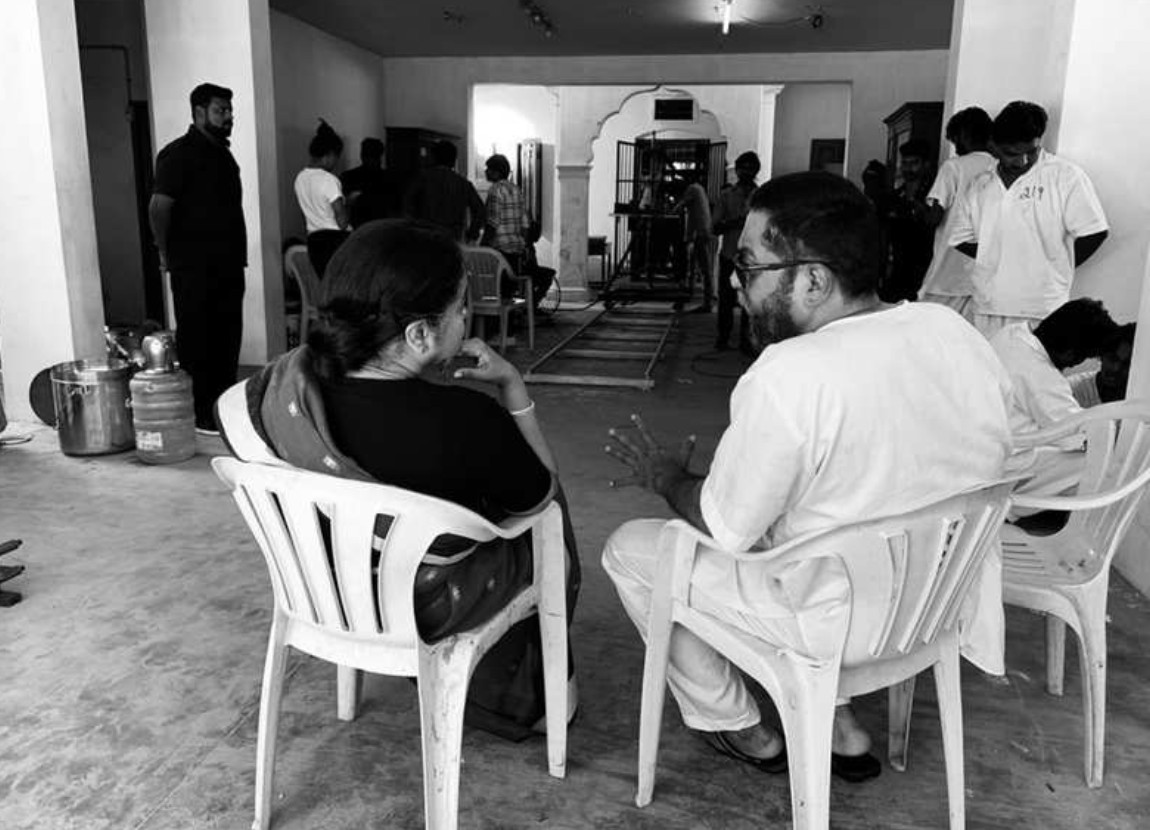 Radikaa and Sarath Kumar will pair up on screen after almost 20 years.

Now, the real life couple has started shooting for the film – Vaanam Kottatum – which is being directed by Dhana.

Radikaa shared photo on social media, in which both she and Sarath Kumar are sitting on a chair, with their backs facing the camera. She had captioned it, “Working together #VaanamKottattum (sic).”

“Sarath Kumar and Radikaa have played love interests in several films together, and the last notable one is Suryavamsam. They did share screen space in Chennaiyil Oru Naal, but they didn’t pair up with each other. However, in Vaanam Kottatum, they will be seen playing a couple.”

A family drama, it has Vikram Prabhu and Aishwarya Rajesh playing siblings, while Madonna Sebastian has been roped in as the former’s pair. The film also has Shanthnoo in the cast.

Interestingly, the film’s story and dialogues have been penned by Mani Ratnam and Dhana, who last helmed Padaiveeran. Mani Ratnam is also producing this film under his banner. While Sid Sriram debuts as a composer with this film, Preetha handles the cinematography.