Yet again another action film!

The is touted to be an action thriller, directed by Lokesh Kanagaraj of Maanagaram fame, the trailer of the much-anticipated film has clocked more than 1.6 million views on YouTube so far. At the audio launch, Karthi revealed that the film will be on the lines of  Madras and Theeran Adhigaaram Ondru.

Going by the trailer, which promises an intense action thriller, Karthi plays Dilli, an escaped life-convict on the run. As an escaped prisoner who was in jail for ten years, Dilli is now chased by a cop.

In the trailer, it also shows that the film’s story will unfold within a span of 48 hours. Something like Thoongavanam!

The film was initially aiming for a release on September 27, which got delayed due to post-production works and now the film is slated for Deepavali release this month alongside Bigil, and Sanga Thamizhan. Kaithi has been bankrolled jointly by SR Prakashbabu and SR Prabhu under the banner Dream Warrior Pictures and co-produced by Tiruppur Vivek under the banner Vivekananda Pictures.

The film’s soundtrack is composed by Sam CS, with Philomin Raj handling the editing, and Sathyan Sooryan cranking the camera. Following the debacle of Dev, which released amid hype, Karthi signed three movies in which he began working simultaneously. While one is Kaithi directed by Lokesh Kanagaraj, the other is an untitled film directed by Bagiyaraj Kannan. He also has a Jeethu Joseph directorial.

The untitled Jeethu Joseph directorial was wrapped up recently and for the first time, Karthi and his sister-in-law Jyotika are sharing the screen space together. Apparently, they play siblings in this film. The shooting of this untitled film has been completed in a single stretch and its release date is expected to be out soon. 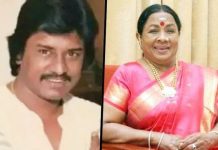 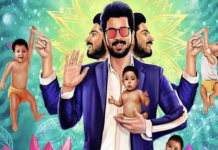