A Reunion For ‘Baahubali’ Team In London! 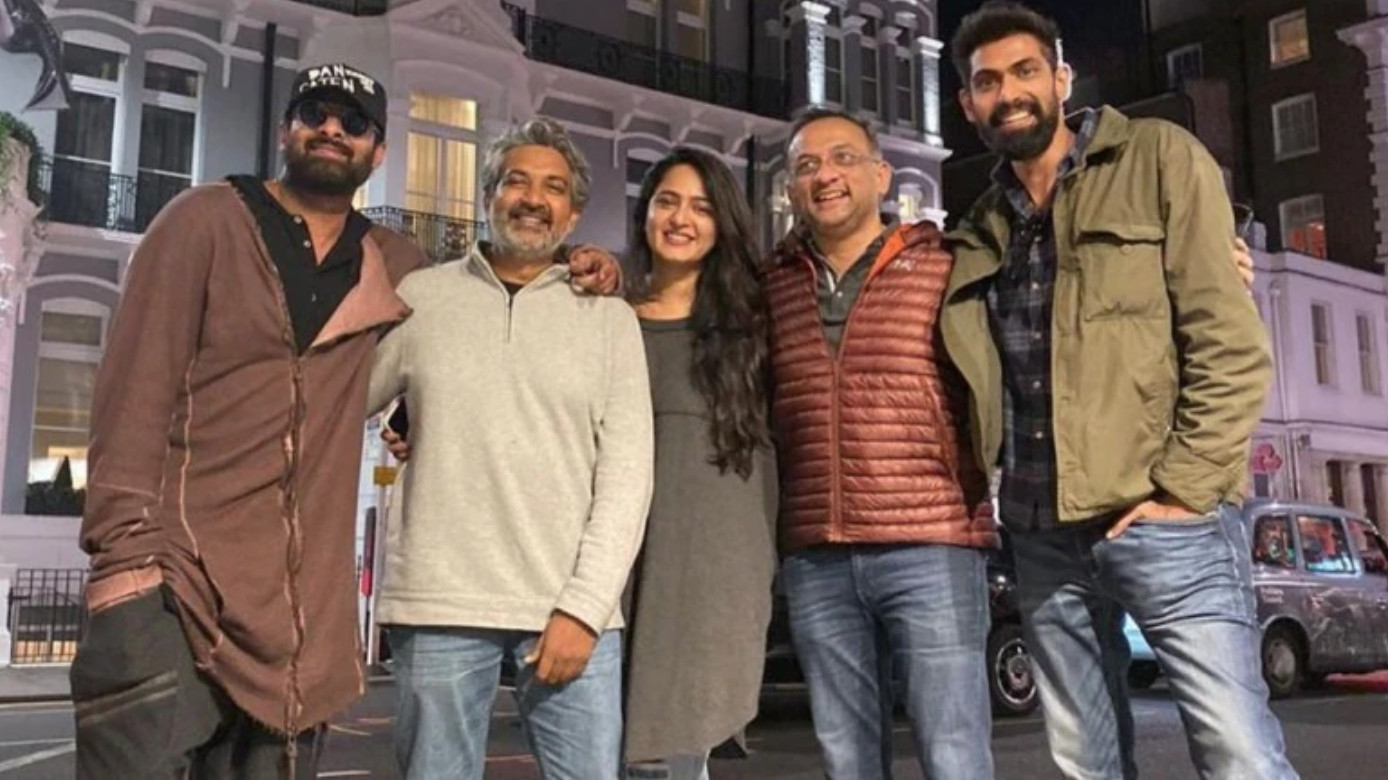 The team of ‘Baahubali’ was seen in London having a ‘royal reunion’. Sharing a picture of all of them together, Rajamouli wrote, “The #RoyalReunion for all of us in London!! Excited for tomorrow’s unique rendition of #Baahubali background score at the @RoyalAlbertHall..:)” (sic)

“The best evening with the best people!!” (sic) wrote Rana, sharing the pictures. Shobu and Prabhas too marked the occasion on their social media. Rajamouli’s magnum opus is all set to get global attention again today evening when MM Keeravani’s epic score will be performed live by a full symphony orchestra even as ‘Baahubali: The Beginning’ is screened.

Baahubali: The Beginning will be screened at the prestigious Royal Albert Theatre in London on October 19. To attend the film’s screening, the entire team of Baahubali has reunited in London.

It is said that there will be a Q & A Session with the team after the screening of Baahubali: The Beginning. Also, composer MM Keeravani’s background score will be performed by the Royal Philarmonic Orchestra.