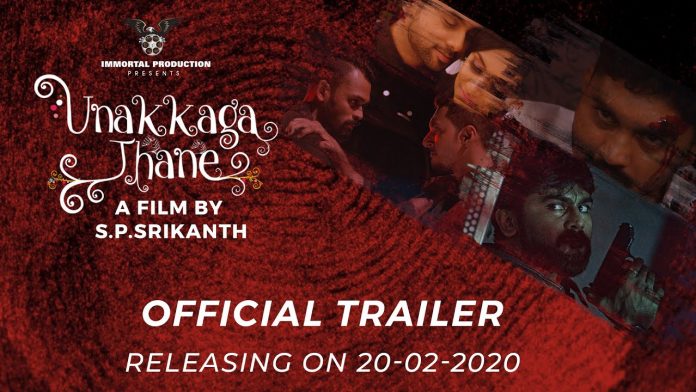 SP Srikanth’s Unakkagathane will hit the screens on the 20th of February 2020. The movie feature 130 artists, cast & crew. Yasmin Nadiah, Siva Shankar and Rajendran are in the lead. The film is a romantic comedy.

The film will is presented by Immortal Production. Malaysian composer Ztish who composed the chart topping tune, “Ennai Kollathey” from Geethaiyin Radhai will be making a comeback with Unakkagathane.

Check out the trailer of the highly anticipated film here.